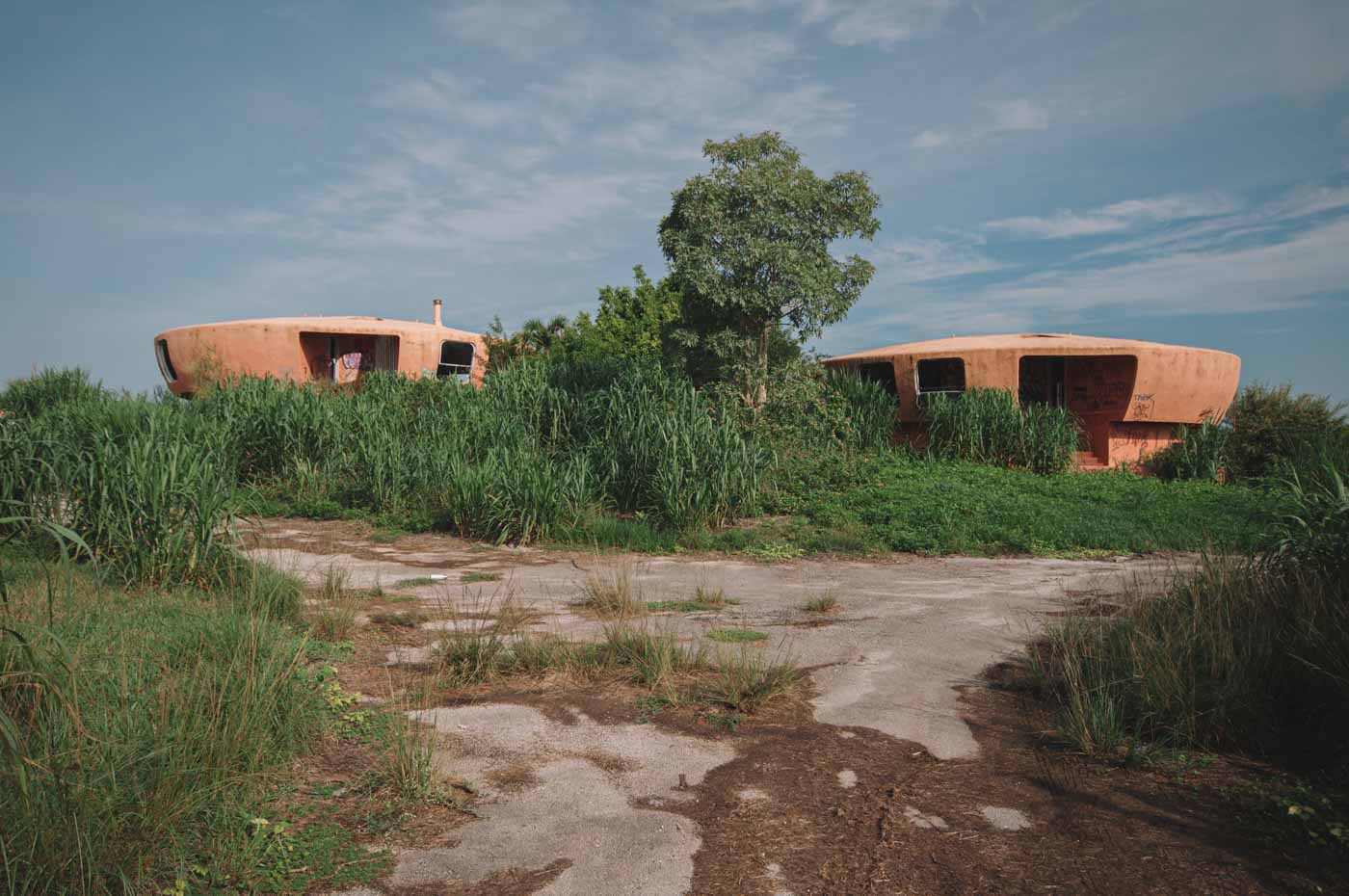 Located deep south in the city of Homestead, just a couple of miles from the Everglades entrance, is a rather odd-looking house. Locals called it the ‘Alien House’, ‘Mushroom House’, or the ‘UFO House’ simply because of the saucer-like shape the building has. Many people who lived in the area at the time claim a drug trafficker by the name of Emilio Tabrague actually built the house. Tabrague had a go-kart and ATV track built behind the house and also owned a large menagerie of exotic animals. It was thought that the exotic animals were being sold in order to sell cocaine. The idea was to hide the cocaine in the cages of the animals and sell them at extremely high prices, so if customs came looking, they wouldn’t think twice seeing a Siberian tiger being sold for $200,000. Other locals have said that low-flying aircraft were a common sight there often dropping large payloads into the neighboring fields. The packages would then be met by a group of men on ATVs, taking whatever the contents of the packages were with them to the house.

According to property records, it was built in 1974, a time when architects were inspired by the space-age future such as the saucer-shaped Futuro homes and the cost-effective, quickly constructed Xanadu and Gainesville Foam Dome Home. It was designed by Miami architect Peter Vander Klout who also designed the UFO House in Islamorada, only a few of the houses he designed exist today including one in Plantation, one in Key Largo, and another in Garden City, South Carolina. These houses were constructed all in similar manners. Built out of concrete, the top portion was first constructed and weighed over 280 tons. It was then raised with hydraulics rams to its desired position. Pylons were placed underneath to support the structure and then walls were built around the exterior. Even though it featured two units with separate bathrooms and kitchens, it was counted as being one home.

The houses were also an early attempt at making hurricane-proof homes that could withstand winds as high as 300mph. The design proved successful as it was one of the few residences that withstood the devastation of Hurricane Andrew in 1992. The home built in Garden City was also tested on September 22, 1989, when Hurricane Hugo made landfall between Myrtle Beach and Charleston. While dozens of homes were completely destroyed and others severely damaged, the UFO house suffered no structural damage whatsoever.

It is unsure when this home was abandoned, but the house became a landmark and of course, a target for scrappers and vandals. The house was officially condemned on June 27, 2011. After years of abandonment, the house was demolished in August 2013 with very little coverage or fanfare, unlike when the UFO House in Islamorada was demolished which was covered by the Miami Herald. You can read about the Homestead UFO House and many other abandoned places in my books, Lost Miami: Stories and Secrets Behind Magic City Ruins and Abandoned South Florida: Echoes of the Past.