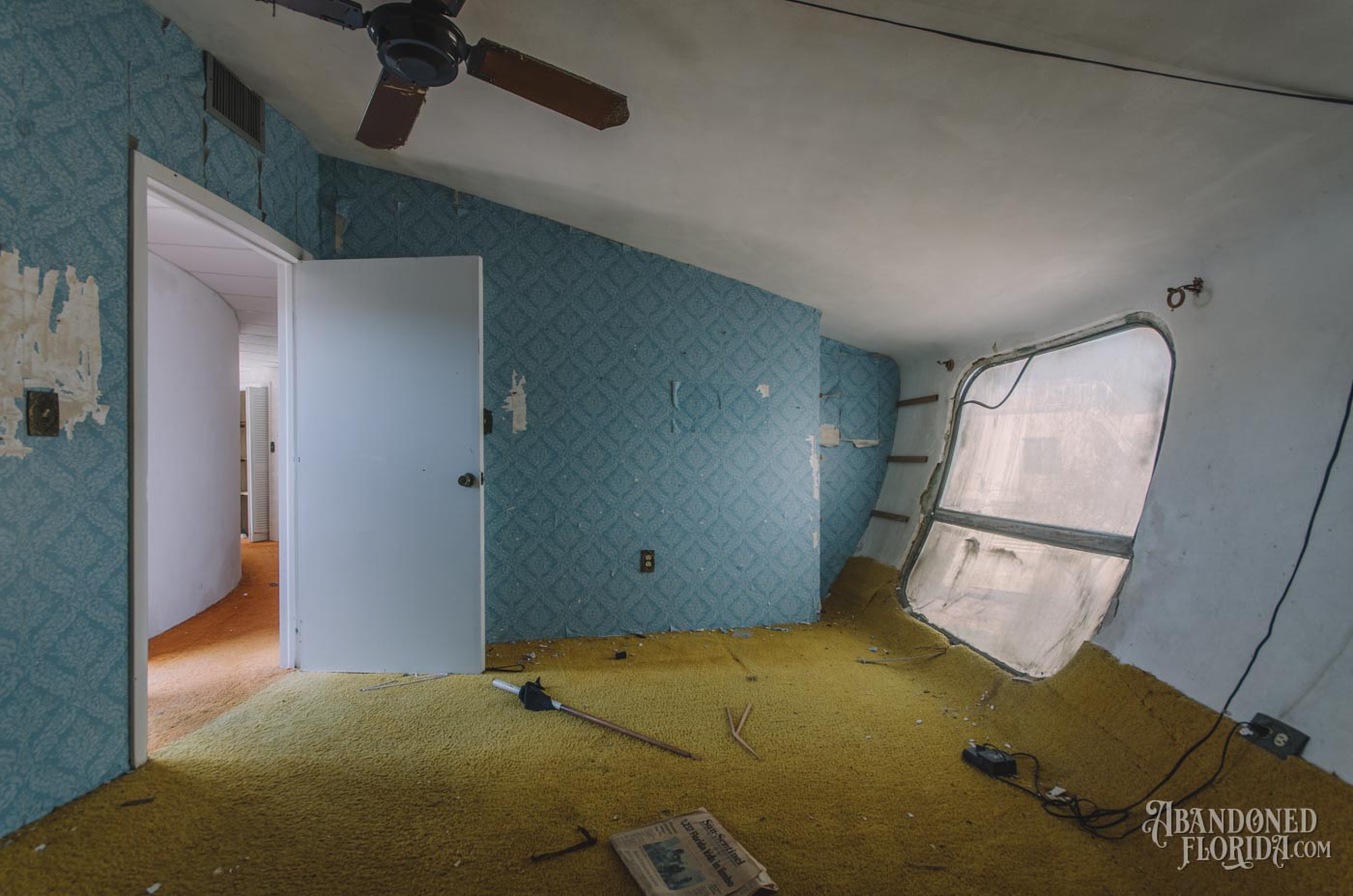 Located in Islamorada, the “UFO House” has always been a landmark of the area but its history had mostly been unknown up until after its demolition. The home was owned and built by Henry Casimir Ruzakowski who was born in Poland in 1911 and immigrated to the United States in 1920. There, he discovered his passion for seaplanes while working in factories building them. In the mid-1950s, Ruzakowski piloted a crew on a Sikorsky VS-44A from Baltimore, Maryland to Peru in search of gold along the Amazon River. While in Peru, he met his wife Patricia, and the two married soon after, leaving the country with enough gold to pay back the bank and his partners for the Sikorsky he bought. The Ruzakowskis had three children, Patricia, Henry, and Edmund. Years later, the family moved to the Keys where Henry Ruzakowski purchased the waterfront lot and had this home built to be used as his seaplane base.

Designed by Miami architect Peter Vander Klout, the Islamorada UFO house was built in 1978 and was one of many he built in this style. While some have been demolished such as the Homestead UFO House, others still exist today throughout the southern United States including one in Plantation, one in Key Largo, and another in Garden City, South Carolina. Built out of concrete, the top portion was constructed first and weighed over 280 tons. After it was completed, the top portion was raised with the use of hydraulic rams to its final position. Pylons were put in place below to support the structure, and the walls were then built around the exterior. The houses were an early attempt at designing a hurricane-proof home that could withstand winds as high as 300mph. When most of Homestead was destroyed in 1992 during Hurricane Andrew, the Homestead UFO House survived with little to no structural damage. The Islamorada UFO House also survived countless hurricanes including the aforementioned Hurricane Andrew as well as Hurricane Wilma which was the second most expensive storm recorded with $18.6 billion in damage in Florida.

Passerbys have given it various nicknames in the past decade, such as the ‘Spaceship House’, ‘Mushroom House’, and of course ‘UFO House’. Unlike the Homestead property though, there are no crazy stories having to do with nudist colonies or drug cartels surrounding this one. Neighbors didn’t seem to care for it as vandals have gotten in numerous times to destroy what little furniture is left inside and spray painting the walls.

It was last sold in 2012 for $950,000 and was valued at around $1.1 million by 2017. The Islamorada UFO house was demolished in October 2017 shortly following Hurricane Irma, though it is unknown if the house was damaged which required its demolition or if the demolition was planned regardless of the hurricane. You can read about the Homestead UFO House and many other abandoned places in my book, Abandoned South Florida: Echoes of the Past.