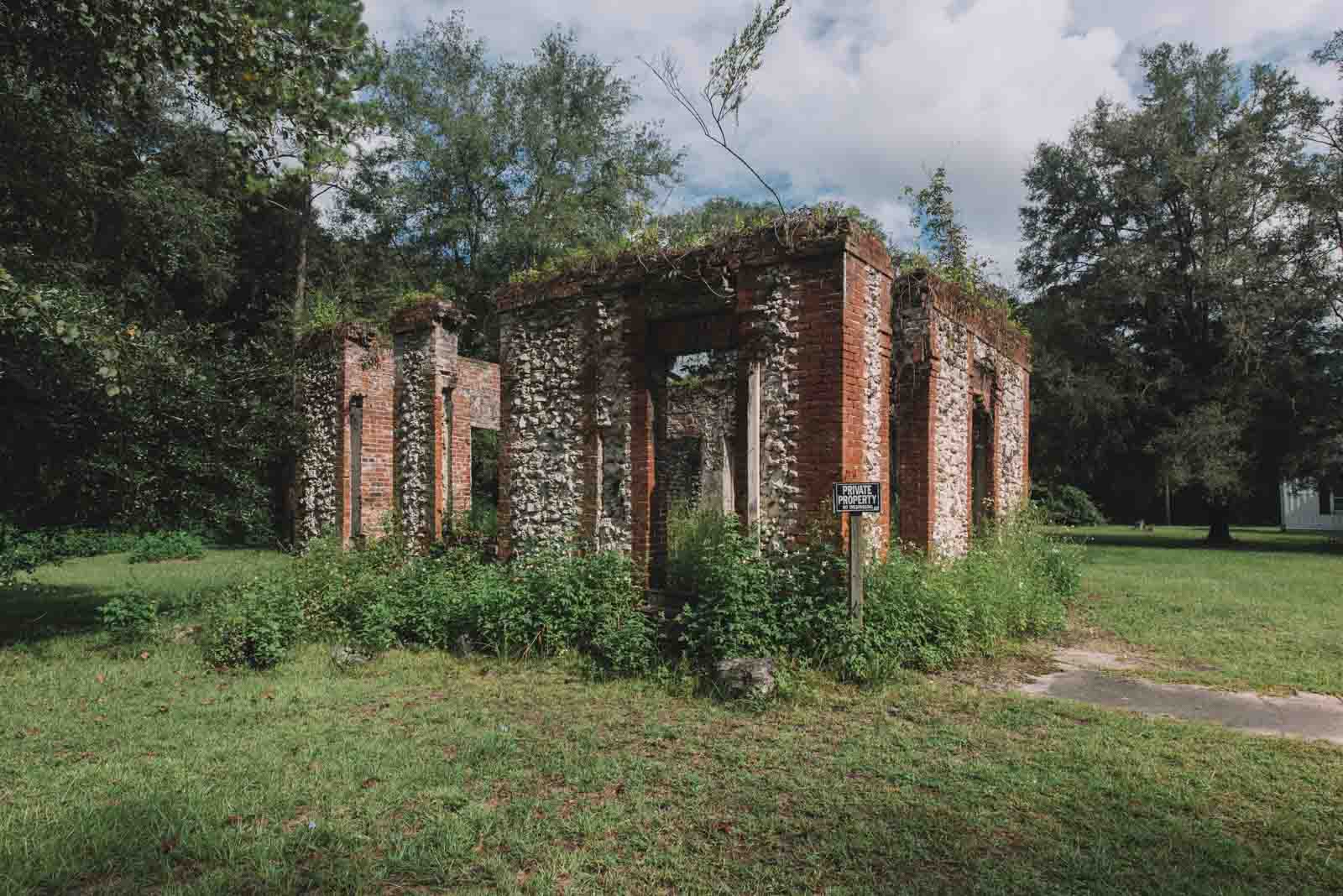 Suwannee Springs is the site of natural springs and was a historic mineral spring tourist attraction and hotel in Suwannee Springs near Live Oak. Back in the 19th century, Florida gained a reputation as a healthy getaway for its warm weather and plentiful natural mineral springs. Tuberculosis or “consumption” as it was called at the time was common and often deadly to those who had it with the risk of infection being highest at low temperature, low humidity, and low rainfall. So, Florida found many northerners coming down to enjoy the state’s warm and humid climate. For example, gunsmith and funeral director Calvin Oak of Vermont who moved down to Jacksonville after being diagnosed with consumption. Sulphur springs had been long thought to have had healing properties, a cure for everything from rheumatism to kidney disease. Bathhouses and health spas sprung up around the state around these springs with bottled sulphur water being sold to the masses. I’ve written quite a few examples of these in the past such as White Sulphur Springs, the Hampton Springs Hotel, and the Gran Hotel Balneario San Miguel de los Baños in Cuba. If you wish to learn more about Florida’s long-established history with mineral springs and health spas, I highly recommend reading Rick Kilby’s Florida’s Healing Waters.

According to historian Eric Musgrove, Francis J. Ross was the first known American to have established himself at Suwannee Springs. In 1831, he purchased the springs and surrounding property from the United States for $5,000 and began construction on a resort. Spring baths and showers allowed guests to enjoy the healing waters. Stagecoach travel between Jacksonville and Tallahassee allowed weekly access to the resort. By 1835, it was reported by a Jacksonville newspaper that the resort could hold up to 150 guests with the main hall being large enough to accommodate over 200 people at once. Unfortunately, the Second Seminole War hindered operations and travel to the springs. Along with that, a nationwide financial crisis in 1837 brought on by a sharp decline in cotton prices, a collapsing land bubble, international specie flows, and restrictive lending policies in Britain caused Ross to sell the resort in 1838.

The springs saw a resurgence in 1842 following the end of the Second Seminole War with the addition of ferries and bridges which allowed for better access to the resort. In the years following the Civil War, the resort was expanded to include a hotel, a trolley that took guests down to the bathhouse, coquina stone walls surrounding the springs, exercise courts, a bowling alley, and a water bottling plant. Built in 1883 and the first of three, the hotel was a five-turreted wooden structure with 125 rooms and an open central square built by Levi Scoville and Jesse Culpepper. Shortly after its completion though, the hotel was destroyed in a fire on January 17, 1884. An article in The New York Times stated that is was “the finest structure of its kind in the State”. It was reported that the fire broke out on the second floor of the building at around 4:30a. “A strong draft in the halls and high winds on the outside carried the flames along with great rapidity… quickly converted [the hotel] into a furnace”. Many of the guests were noted as being disabled and from northern states. None of the 100 guests died that night having jumped from balconies and verandas to flee the flames, suffering broken bones. Although none of the guests died, an African-American servant boy and girl were reported missing and thought to have perished in the fire. The hotel was underinsured with a value of $95,000 with only $51,000 insured. All of the guests’ belongings were lost in the fire which was not insured.

A second hotel was built soon after the first one was destroyed. Completed in 1885, the new hotel was constructed of brick and only had 25 rooms, with eighteen cottages spread out across the property. It was advertised as the “Suwannee Sulphur Springs Resort and Sanitarium”, a term first used by Dr. John Harvey Kellogg to signify it as a health resort rather than a hospital. It was claimed that the springs mineral waters cured “rheumatism, gout, malaria, indigestion, nervous dyspepsia, constipation, loss of appetite, nervous prostration, skin diseases, liver diseases, jaundice, female troubles, eczema, and all blood affections”. Suwannee Station was also built along the mainline of the Atlantic Coat Line Railway located a mile away. A horse-drawn trolley transported guests to and from the train station and the resort.

As luck would have it, this hotel was also destroyed in a fire in November 1901, though the cottages and hotel’s annex survived which were more than 100 feet away. The hotel’s annex soon began operating as the third hotel of the Suwannee Springs Resort with the cottages still being used for guests. As scientific evidence began to show that the healing waters these health resorts relied on held no healing properties whatsoever, medical experts began recommending more modern methods such as prescription drugs. Over the years, the hotel received fewer and fewer visitors until 1925 when the third and last hotel was destroyed in yet another fire. Most of the guest cottages have since been lost and only a couple survive to this day, although abandoned and in possibly unsalvageable states of repair. The through truss bridge over the Suwannee River was built in 1931 by the Austin Brothers Bridge Company and was abandoned in 1971 when US-129 was rerouted and a new bridge was constructed.