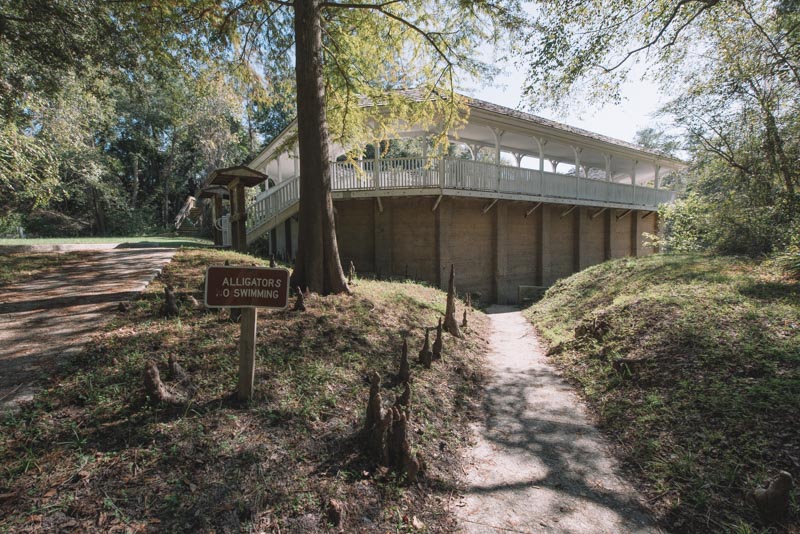 When Spanish explorers visited the area in the 1530s, the area was inhabited by the Timucuan tribe who believed its springs possessed healing powers. The Native Americans considered the springs a sacred healing ground and that any tribe member could bathe and drink the mineral waters without fear of being attacked. The Spanish later displaced the tribe, settling in the area and retained the belief that the springs possessed healing powers.

Elizabeth Sheffield and Joseph Bryant bought tracts for a cotton plantation in 1835. Upon discovering the spring, it was marketed as having the ability to cure nervousness, kidney troubles, and rheumatism, among other problems. They constructed a hotel and spring house from logs and called it “Upper Mineral Springs”, considered Florida’s first tourist attraction. At some point around the end of the Civil War, the springs were renamed “White Sulfur Springs”.

In 1882, Georgia merchants Wight and Powell purchased the property and platted city lots and incorporating the town of White Springs in 1885. The town’s proximity to the railroad spurred the town’s tourist industry, attracting many health seekers and businessmen. In 1903, the spring was enclosed by concrete and coquina walls that included multiple water gates and galleries to prevent water intrusion from river flooding. Designed by the Jacksonville architectural firm McClure & Holmes, the simple wooden bathhouse was upgraded into a four-story bathhouse which included doctors’ offices for patient examination and treatment, dressing rooms, concessions areas, and even an elevator.

As medical experts began switching over from these “water cures” in favor of more modern methods and prescription drugs many mineral spring resorts had faded, and White Sulfur Springs was no different as its popularity dwindled in the 1930s. The spring, which once flowed at a rate of about 47 million gallons a day eventually dried up in 1990. Today, the town of White Springs is still around and what remains of the bathhouse has been preserved for anyone to go see.