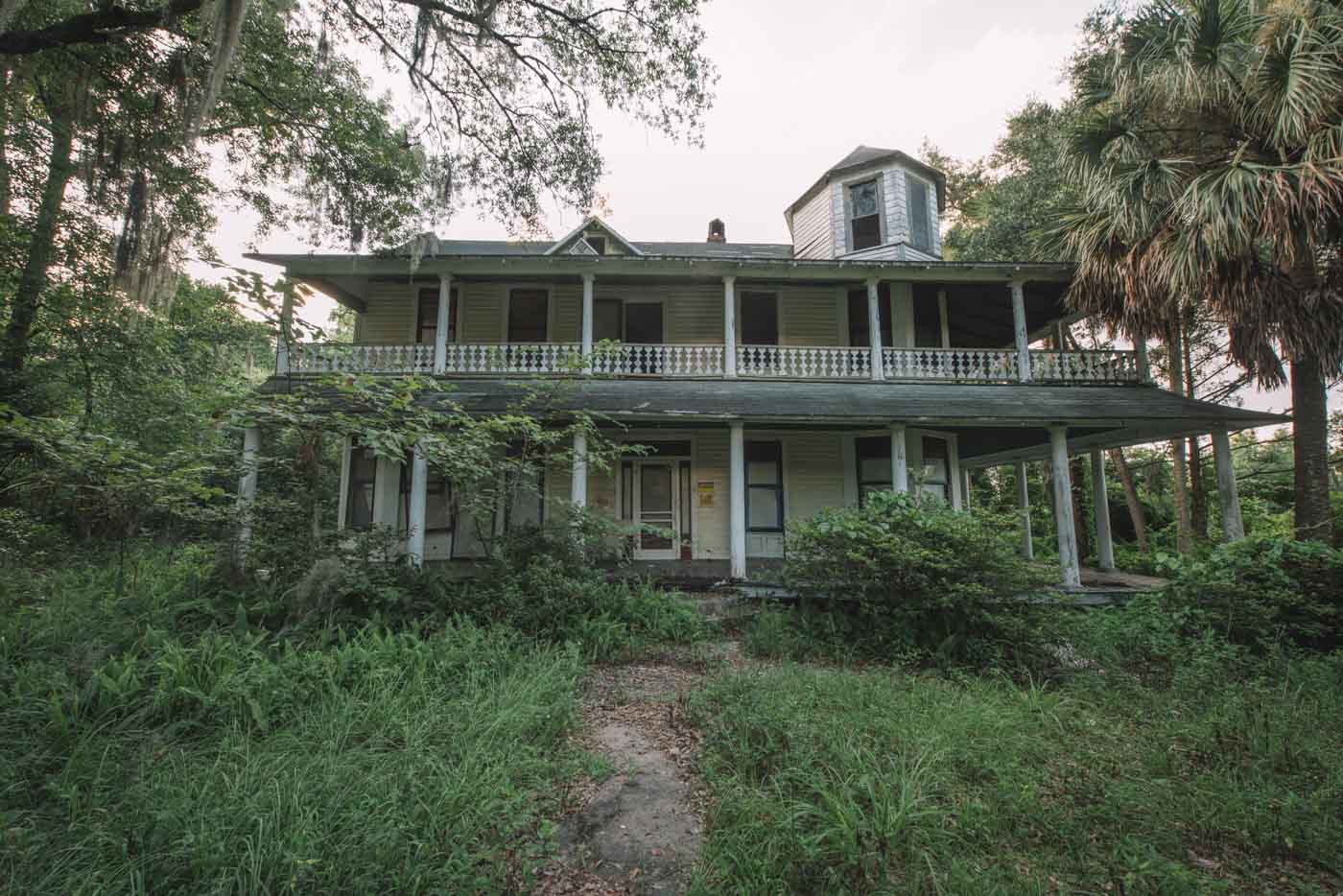 According to a Cultural Resource Survey conducted by Historic Property Associates in 1981, this home located in the city of Palatka was built in 1875 by Dr. Andrew J. Wood, at least that is what an article in The Eastern Herald claimed back then. The most widely claimed notion is that the home was actually built in 1845 and was owned by the State of Florida’s first elected governor, William Dunn Moseley.

William Dunn Moseley was born on February 1, 1795, at his family’s home “Moseley Hall” in Lenoir County, North Carolina. He was of entirely English ancestry, all of which had been in America since the days of the original thirteen colonies, and was a distant relative of William Moseley, the immigrant who came in 1649 and built the “Greenwich Plantation” near Norfolk, Virginia.

Moseley graduated from the University of North Carolina in 1818 and received his master’s degree in 1921. While at the university, Moseley was the roommate of future president James K. Polk. He pursued a career in law and opened a practice in Wilmington, but like many lawyers of the time, that was not his only profession as he was a schoolteacher and a farmer as well.

Between 1829 to 1837, he represented Lenoir County in the North Carolina Senate, serving as speaker for four terms between 1832 and 1835. After losing a heated election campaign for governor of North Carolina, Moseley moved his family to Lake Miccosukee in Jefferson County, Florida, after purchasing a plantation there. In 1840, he was elected to the territorial House of Representatives. In 1844, he won a seat in the territorial Senate.

On March 3, 1845, Florida was admitted as the twenty-seventh state of the Union. That same year, Moseley won the first statewide election for governor of Florida, beating the well-known former governor of Florida Territory, Richard Keith Call, becoming the first governor of Florida. During his term, he established a new state government, and the State Capitol was also completed and fully occupied in the first year of his administration.

His term coincided with the start of the Mexican-American War wherein he supported the war with troops, as most Southern states did, as it was an opportunity to gain territory where slavery could be used. Moseley also worked in resolving conflicts between white settlers and Seminole Indians. As governor, Moseley encouraged agriculture in the state by supporting new citrus, avocado, tobacco, and cotton industries. He was also a strong supporter of states’ rights and favored the establishment of state-funded public schools. During his administration, the federal government built Fort Jefferson 68 miles west of Key West in what is now Dry Tortugas National Park, and Fort Clinch on Amelia Island.

Constitutionally limited to a single term, Moseley returned to his plantation after his term ended on October 1, 1849. Two years later, he settled in Palatka where he built his home and operated a citrus grove for the remainder of his life. One legend claims the house was used as a field hospital for Union Troops during the American Civil War, although likely untrue. On January 4, 1863, Moseley died and was buried at the West View Cemetery in Palatka.

After his death, the land was sold to Dr. Andrew J. Wood who would later be superintendent of public instruction for Putnam County. He reportedly paid $800 for the property and is thought by some historians to have actually built the house around 1875. The widely claimed notion is that the house was built well before Wood bought the property as the State Archives of Florida and Florida Division of Historical Resources refer to the home as the Moseley House. The property was later sold in 1889 to Dr. James W. McGregor. It was sold again in 1919 to Mrs. D. Lura Dowda Calhoun, who would later sell it to her daughter, Eudora Dowda McTurk.

Eudora McTurk was born in Hernando County in 1909 and moved to Palatka in 1914. She graduated from Mellon High School in 1928 and worked on the Putnam County School Board as a bookkeeper at Jenkins Middle School. She was a member of St. James United Methodist Church where she was active in United Methodist Women, the Wesleyan Circle, and the Philathea Sunday School class. She was also a member of the Garden Club of Palatka, the Flamingo Circle, the Putnam County Historical Society, the Retired Teachers Association of Putnam County, and the Mellon High School Graduates Breakfast Club. She died on September 1, 1994.

According to property records, her nephew Thomas Butler Dowda III was made personal representative of her estate. The property was sold in 1997 but was seized by Wells Fargo Bank in 2013. Although the property was sold shortly after in 2014, the home remained vacant during this period.