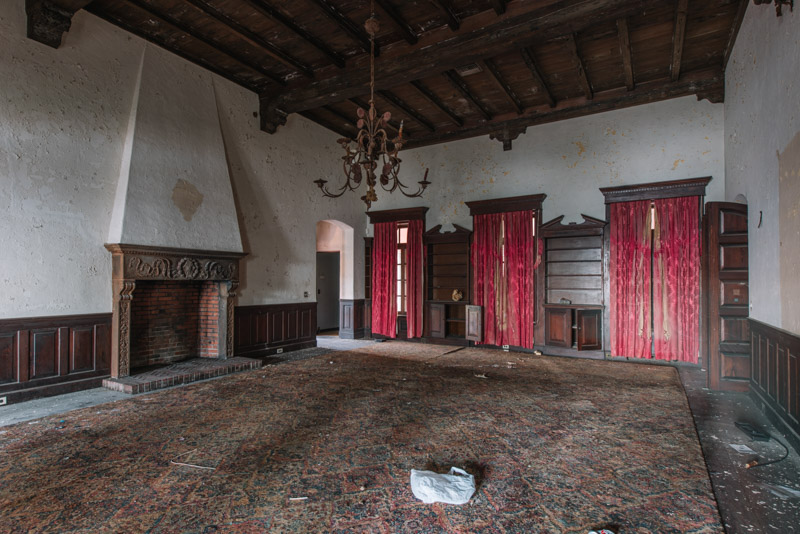 Located on the shores of the Atlantic in Ormond Beach, this four-bedroom and four-bathroom mansion has been owned by a wealthy physician in New York who purchased the property a few years ago for $2.6 million. According to a historic properties survey conducted in the 1980s, the Mediterranean Revival-style mansion was built sometime around 1928, after the Florida Real Estate Boom collapsed and at the onset of the Great Depression. The Mediterranean Revival and Spanish Revival styles became extremely popular throughout Florida during the land boom of the 1920s. Other such examples include the Dania Beach Hotel and Harder Hall.

The 1930s saw the area’s demographic slowly becoming more middle-class, people who could not afford to build extravagant mansions along the coast. Many of the nation’s wealthiest people selling their winter residences in Ormond Beach and moving away, usually down to South Florida where Miami Beach was experiencing a boom. To give some insight on some of the residents living in the area at the time, some prominent figures included Ransom E. Olds, founder of Oldsmobile; James Gamble of Procter & Gamble; and John D. Rockefeller who purchased The Casements in 1918 as his winter home and would be host to other notable figures such as Edward VIII, Henry Ford, and Will Rogers. Changes in the character of Florida’s tourism affected the profitability of the area’s hotels, most notably the Ormond Hotel which was demolished in 1992.

The mansion sat deteriorating for years, worsened by the lack of maintenance coupled with the salt air and vandalism. As of late, renovations have begun on the home with the removal of the overgrowth surrounding the property and restoration of the doors and windows.