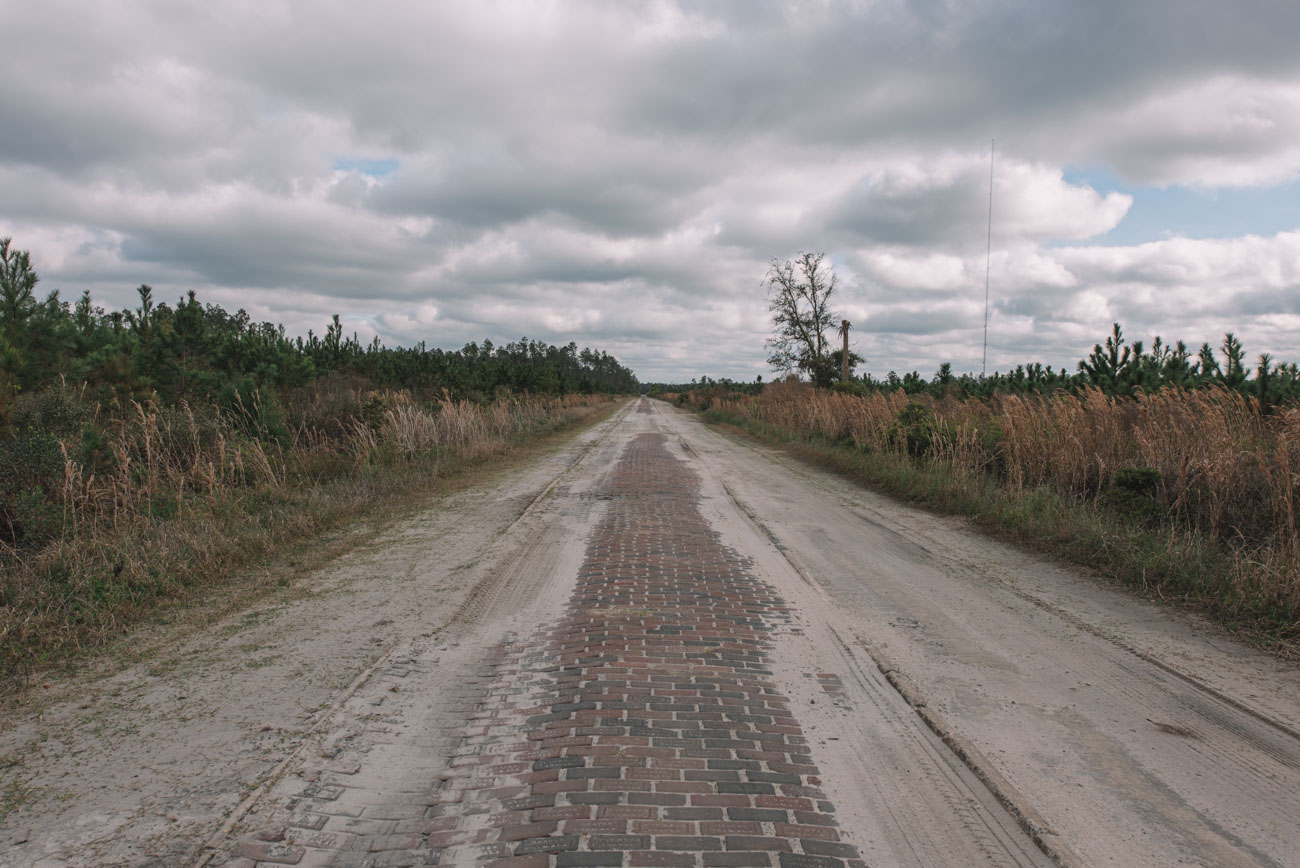 In the small town of Espanola lies a 10-mile stretch of road known as Old Brick Road which was once part of the original Dixie Highway. The Dixie Highway was the brainchild of Carl G. Fisher of the Lincoln Highway Association which constructed the first major road across the United States.

Carl Graham Fisher was born on January 12, 1874, the son of Albert Harvey and Ida M. Graham Fisher. Despite family financial strains and severe astigmatism, he became a bicycle enthusiast in the early-19th century and opened a bicycle shop with his brother. In 1904, Fisher and his friend James Asbury Allison bought an interest in the U.S. patent to manufacture acetylene headlights, a precursor to electric models which became common about ten years later. Their company, Prest-O-Lite, soon supplied nearly every headlamp used on automobiles in the United States.

Along with his headlight manufacturing business, Fisher also operated the Fisher Automobile Company in Indianapolis with his friend Barney Oldfield. The company is considered the first automobile dealership in the United States and carried multiple models of Oldsmobiles, Packard, Reo, Stoddard-Dayton, Stutz, and more.

In 1909, Fisher partnered with his friend James Allison, Frank H. Wheeler, and Arthur C. Newby, and invested in what became Indianapolis Motor Speedway. The first few automobile races in August 1909 ended in disaster as the loose rock track led to numerous crashes, fires, and serious bodily injuries to racecar drivers and spectators. Racecar driver Wilfred Bourque and his mechanic Harry Holcomb died when his car suffered a rear-axle failure, resulting in the car flipping and smashing into a fence post. In a separate incident, the right front tire blew on Charlie Merz’s car, causing him to crash into a group of spectators resulting in the deaths of two spectators and his mechanic Claude Kellum.

After the third race, officials for the American Automobile Association boycotted any further races at the speedway until improvements were made. Undeterred, Fisher convinced the investors to install 3.2 million paving bricks and before the work was completed locals had nicknamed it “The Brickyard”.

Foreseeing the impact the automobile would have on American life, Carl Fisher began work on planning, developing, and constructing the Lincoln Highway in 1913 which connected New York with San Francisco. He estimated the improved, hard-surface road would cost $10 million and was paid for by contributions from automobile manufacturers and suppliers, a policy Henry Ford openly opposed. Former President Theodore Roosevelt, President Woodrow Wilson, and Thomas Edison also sent checks to help finance the project.

Inspired by his earlier work, the Dixie Highway was planned in December 1914 to connect the Midwest with the South. On April 3, 1915, governors from the interested states met at Chattanooga, Tennessee, and each chose two commissioners who were in charge of laying out the route from Miami to Chicago. On May 22, 1915, it was decided that a split route would be best in order to serve more communities.

The project was overseen by the Dixie Highway Association and funded by a group of individuals, businesses, local governments, and states. By the mid-1920s, the project was largely completed with a network of roads interconnected across 10 states with more than 5,000 miles of paved road. By the time of its completion, the highway system ended as far north as the Canadian border in Michigan with sections of the highway running through some of the larger cities such as Nashville, Indianapolis, Atlanta, Detroit, and Jacksonville.

While the United States federal government had little role in the formation of the highway system, they began funding the project in the early-1920s. In 1927, the Dixie Highway Association was disbanded and much of the highway system was absorbed into the U.S. Route system, with some portions being turned into state roads.

The name “Dixie Highway” still persists in various locations along its original route, such as in South Florida where Dixie Highway runs parallel with U.S. Route 1. From the southern terminus of Interstate 95 in Miami to the Overseas Highway in Key Largo, U.S. Route 1 is known as Dixie Highway. In the 1920s, the United Daughters of the Confederacy erected granite pillars with bronze plaques along the highway to honor General Robert E. Lee. These pillars still exist today and can be found in North Carolina, South Carolina, Tennessee, Ohio, and one near Bradfordville, Florida.

An old section of the highway exists today near the small towns of Espanola and Bunnell. Officially recognized as the Dixie Highway-Hastings, Espanola, and Bunnell Road or Old Brick Road, it was added to the National Register of Historic Places on April 20, 2005. The 10-mile stretch of road runs from Espanola to County Road 204, and while it doesn’t have much traffic going through it nowadays, it is heavily used by logging trucks that have damaged and warped large sections of the road. The road doesn’t have enough room for two cars, so one car has to pull to the side of the road to let the other pass. The southern entrance to the road in Espanola has signs that read “Travel at own risk” and “Removing Bricks is Illegal”.

Some of the bricks are debossed with the words “GRAVES B’HAM ALA” which were produced by the Graves Brick Company in Birmingham, Alabama. Many of these bricks can also be found around St. Augustine. Others are debossed with the words ‘SOUTHERN CLAY MFG CO.” for the Southern Clay Manufacturing Company in Tennessee. Some of the bricks from the road were used to build the Bunnell Elementary School gymnasium.

Another original brick section of the highway exists in Maitland around Lake Lily. The road was paved with bricks in 1915, making it the first grouted brick road in Florida. It later became part of the Dixie Highway in 1925. The bricks were covered up with asphalt in the 1960s but were uncovered and restored by the Maitland Historical Society in 1998. It is now known as Lake Lily Drive.

I lived on Dixie Highway in Orlando,FL. back in 1985. I remember the river, I think it was the St. John’s, across street from my house and a park. There wasn’t very much else around there @the time. But there was quite a bit of traffic on that road. The house I lived in was pretty old so I doubt if it still stands. I don’t think they call it Dixie Highway anymore.