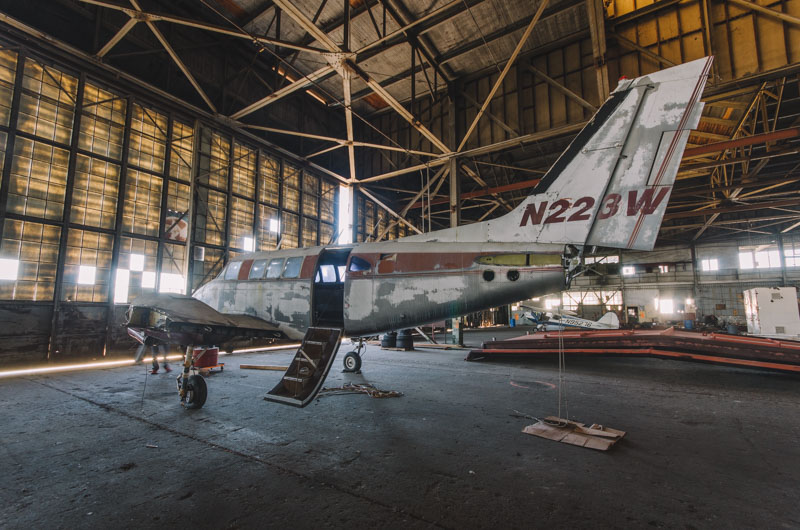 On September 11, 1940, the U.S. Navy opened Naval Air Station Lee Field in honor of Ensign Benjamin Lee who had lost his life in a crash at Killinghome, England, during World War I. During the war, it was primarily used by the Navy and Marines to train pilots. It was renamed Naval Air Station Green Cove Springs in August 1943 and consisted of four 5,000-foot runways.

Following the war, the facility was downgraded in status to a Naval Auxiliary Air Station (NAAS) as part of the greater NAS Jacksonville complex. Thirteen piers were constructed on the banks of the St. Johns River to house a U.S. Navy “Mothball Fleet” of over 600 vessels, primarily destroyers, destroyer escorts, and fleet auxiliaries. The fleet was maintained and preserved to prevent deterioration and offered a large reserve fleet that can be easily reactivated on short notice.

While doing research for this article, I found some sources stating that President Lyndon B. Johnson’s first executive order was the decommissioning of NAAS Green Cove Springs in 1960, but Johnson was not President until 1963. In reality, the decommissioning of NAAS Green Cove Springs was announced in 1961 by Secretary of Defense Robert S. McNamara. The move was part of a larger military reorganization plan by the Department of Defense under John F. Kennedy as 73 other domestic and foreign military bases closed at the time. Some of the ships were sold to foreign countries but most made it to Orange, Texas where they were scrapped. The base was completely shut down by June 1962.

The Navy declared the facility excess and deeded the property to the City of Green Cove Springs in 1963, who later sold it to Julian Louis Reynolds, of Reynolds Metal Company, in 1965. Reynolds Industrial Park was established and was served by rail, highway, water, and a private airport. The city would later annex the property into the city for further growth and redevelopment. The air station is now a private airfield known as Reynolds Airfield with a single runway currently operational. Parts of the airfield were used by Kelsey-Hayes/TRW Automotive as a test track for anti-lock brake systems.

A large portion of the airfield is currently being used as a storage lot for thousands of overstocked and unsold vehicles. The former naval facility is also used to store an unfinished hovercraft, the Arctic Discover treasure-hunting ship, and a space shuttle external fuel tank, among all the other things being stored there.