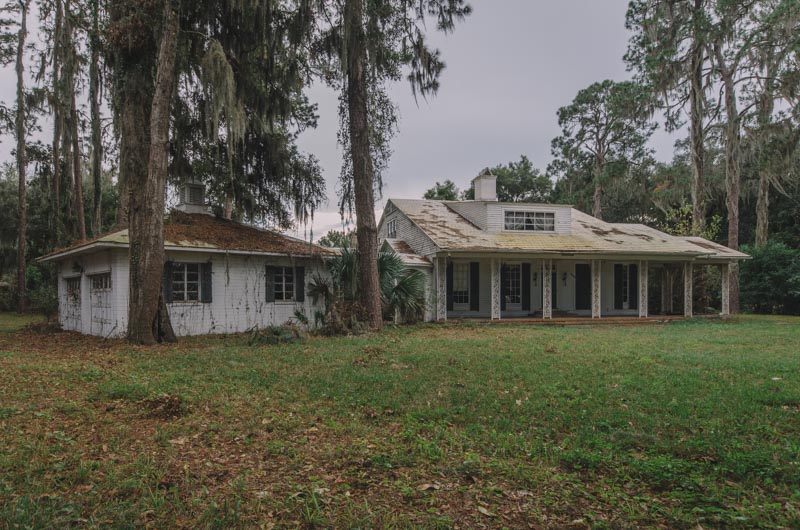 This house in East Palatka is rumored to have been the site of a familicide when the father lost his job and fearing he could no longer support his family, decided the murder them instead. Built in the 1920s, the last known resident of the home was Elizabeth Clark “Betty” Kerr. Elizabeth was the daughter of Hoxie Clark, who was once President of the Union Pacific Railroad. She graduated from the Spence School in 1928, an American all-girls private school in New York City. She later moved to East Palatka where she lived for more than 50 years.

Her daughter Jacqueline married into the Revels family which some of you may remember from the Knights Estate. Her family took over her estate which included her home in East Palatka which she only resided in for a few years. After decades of attempting the sell the home though, they plan on demolishing the home and selling the land.

According to locals, the home was the site of a familicide. While I couldn’t find any news sources to back the claims, the story goes that a man lost his job sometime in the 1960s. Fearing that he could no longer provide for his family, one night during dinner, he poisoned his wife and daughter’s food as well as his own. Again, since I could not confirm a familicide occurring at this home, I’m gonna chalk it up to just local legend. Due to the interior layout and what was left behind, it can be assumed that the house was last used as a flower shop and then subsequently abandoned as the business failed. But of course, that isn’t as exciting of a story as the one the locals tell.