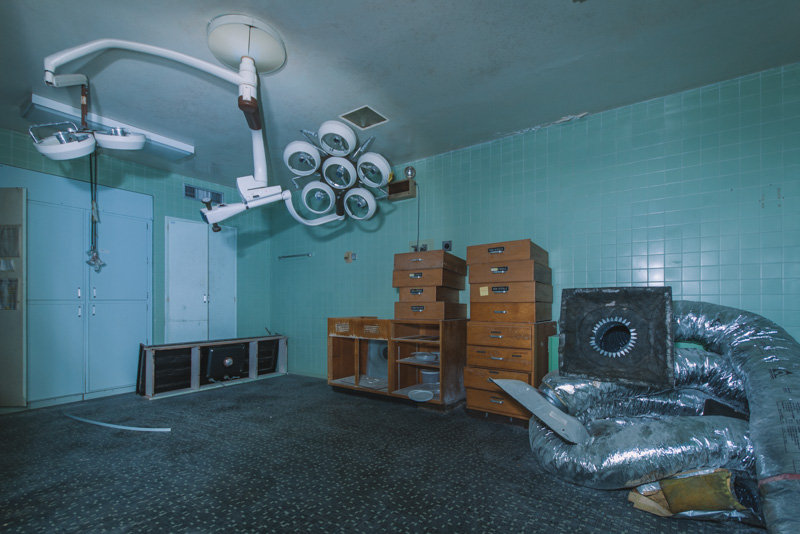 The Everglades Memorial Hospital opened in 1936 in the small town of Pahokee. On May 11, 1950, a new building was built and opened with a dedication ceremony. The ceremony, taking place on “National Hospital Day”, welcomed representatives which included the Rotary, Elks, Masons, Lions, Woman’s Club, Everglades Business & Professional Women’s Club, Beta Sigma Phi sorority and the Garden Club.

In 1986, the name was changed to Everglades Regional Medical Center after it’s privatization. Around this time, possibly due to the fact that a public hospital is now a private hospital, talks began for merging the Everglades Memorial with the Belle Glade General Hospital, which was located less than 10 miles away. Talks ended as Everglades Memorial officials didn’t see the merger in their favor saying they would rather take over Glades General Hospital themselves.

In 1991, the Palm Beach County Health Care District Board voted to close Everglades Memorial and to consolidate all hospital care to Glades General. Consultants estimated that the move will save the health care system between $10 million and $13 million per year and would save many taxpayers’ money as they were providing $11.4 million a year to both hospitals.

In 1992, a suit was set against the Health Care District to stop the merger with Belle Glade, claiming they had financially damaged Everglades Memorial after taking ownership of the hospital in 1991. After three suits, two of which were thrown out and the third found in the district’s favor, the hospital struggled to remain open. Everglades Memorial was ultimately shut down in 1998, with some still believing they were financially forced to by the district.

The building was vacant for over two decades and had been destroyed throughout the years by copper thieves and vandals. Nothing but a shell following years of neglect and abuse, demolition of the building began in September 2020. During its demolition, clouds of dust thought to contain asbestos blew into neighboring properties which included a nursing home, a funeral parlor, and residential properties. Neighbors claimed that no asbestos or dust mitigation measures were taken. The situation was reported to the U.S. Environmental Protection Agency and the Florida Departments of Health and Environmental Protection.