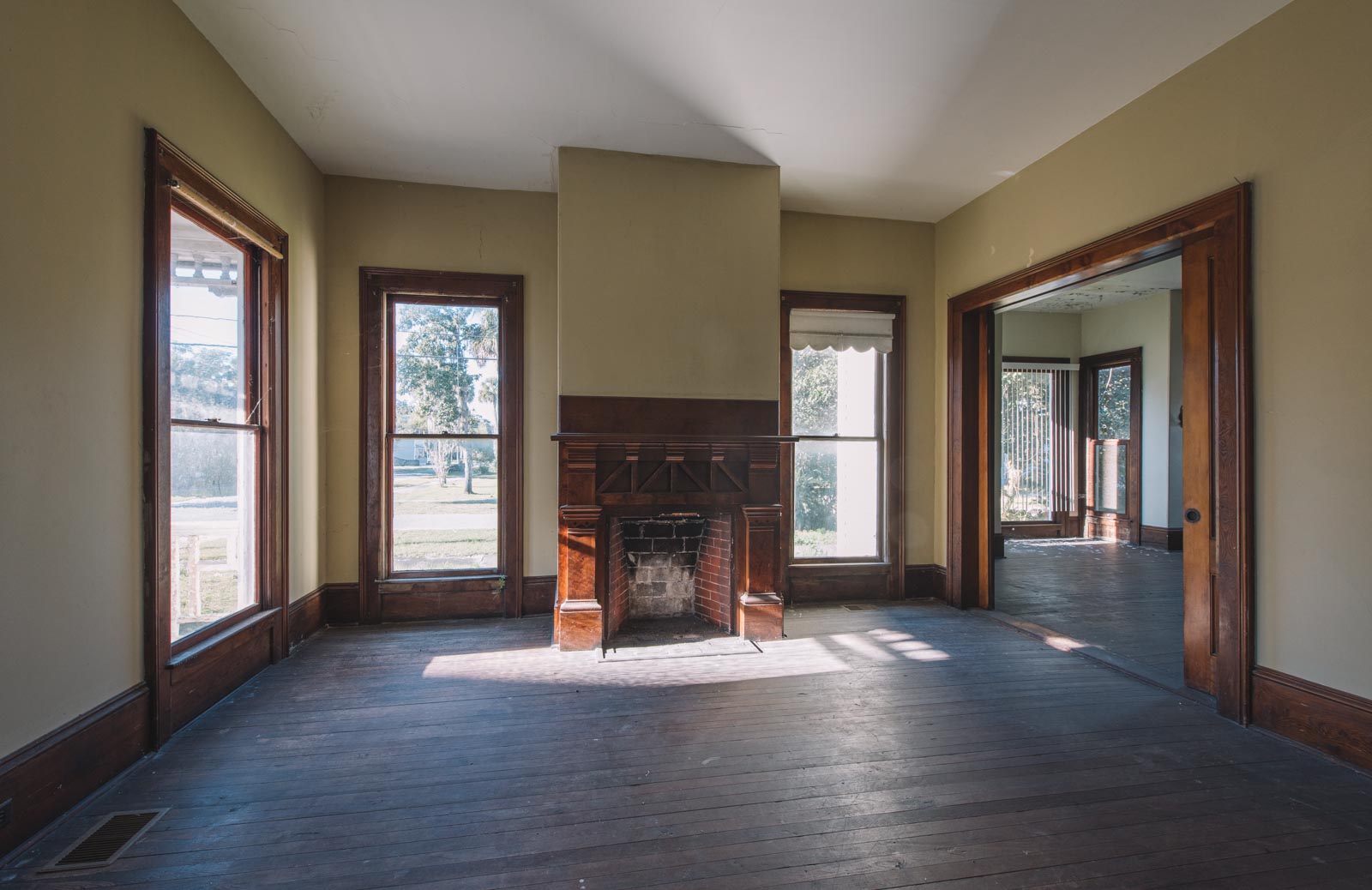 Located in Palatka, the Victorian Gothic home of Dr. Cole was built in 1885. During my research, I could only identify one person named Dr. Cole who was living and practicing in Palatka during the 1880s.

There are multiple documents that talk about Alfred Cole, commonly referred to as Dr. A.L. Cole, a homeopathic doctor who was well regarded in the community. In 1886, he was appointed surgeon for the Jacksonville, Tampa, and Key West Railroad. During the late-1880s, he was part of a commission in helping patients during the yellow fever epidemic in Jacksonville.

As a result of the yellow fever epidemic, a bill was introduced in Florida for the establishment of a State Board of Health. The bill provided that the board should consist of five physicians and in its present form did not include any homeopathic physicians. Dr. Cole and Dr. Henry Rice Stout, a homeopathic physician from St. Luke’s Hospital in Jacksonville, traveled to Tallahassee to plead their case on an amendment that one member of the board should be a practitioner of the homeopathic school. Even though they were successful, the bill never passed the Senate and did not become law.

To give a bit of insight on the subject, homeopathy is a pseudoscientific system of alternative medicine created in 1796 by Samuel Hahnemann based on his doctrine of like cures like (similia similibus curentur), a claim that a substance that causes the symptoms of a disease in healthy people would cure similar symptoms in sick people. So for example, red onion makes your eyes water so that’s why it’s used in homeopathic remedies for allergies. Treatments for other ailments are made from poison ivy, white arsenic, crushed whole bees, and an herb called arnica. Homeopathy is pseudoscience and many large-scale studies have found homeopathic treatments to be no more effective than a placebo.

It became greatly popular in the 19th century. Because medical practice of the time relied on ineffective and often dangerous treatments, patients of homeopaths often had better outcomes than those of the doctors of the time. Homeopathic treatments, even if ineffective, would almost surely cause no harm, making these users less likely to be killed by the treatment that was supposed to be helping them. Because of the relative success homeopathy had at the time, it may have led to the abandonment of the ineffective and harmful treatments of bloodletting and purging and to have begun the move towards more effective, science-based medicine. Homeopathy slowly lost in popularity as science-based medicines and treatments had become more effective. Its popularity wouldn’t bounce back until the late-1970s.

The home was sold to Mary F. Powell in 1894 who in turn sold the home to Dr. William H. Cyrus. Dr. Cyrus was an Illinois native, was a graduate of the University of Iowa, and served as a surgeon in the Union Army during the Civil War. Like many others during the time, he came to Florida due to an illness and settled down in Peniel where he worked out in the fields. Within a year, his health saw such an improvement that he moved to Palatka in 1881 to return to practicing his profession.

His practice grew rapidly and after a few years, he became associated with Dr. George E. Welch, president of the Putnam National Bank who would later construct the Hotel James in Palatka in 1916. The two would become lifelong friends with Dr. Welch being attending physician for Cyrus during his death many years later. William H. Cyrus was placed in military charge of the quarantine in the city of Palatka during the yellow fever epidemic in 1888. He also led relief efforts during the Jacksonville Fire in 1901. By many accounts, he was described as someone who freely gave his money, skill, and time to the poor, sick, hungry, and distressed. Families who were struggling and afflicted with sickness were rarely charged by him for his work.

Upon his death, the house was left to his niece, Lenora M. Sharpe. She was an assistant librarian for the City of Palatka and lived here until her death in 1978. She lived here with her sister Jessie Sharpe Leinbach who were both found dead in the home. A plaque by the front door today reads “DR. COLE HOUSE 1885”. The home sits empty but looks to be in great shape.