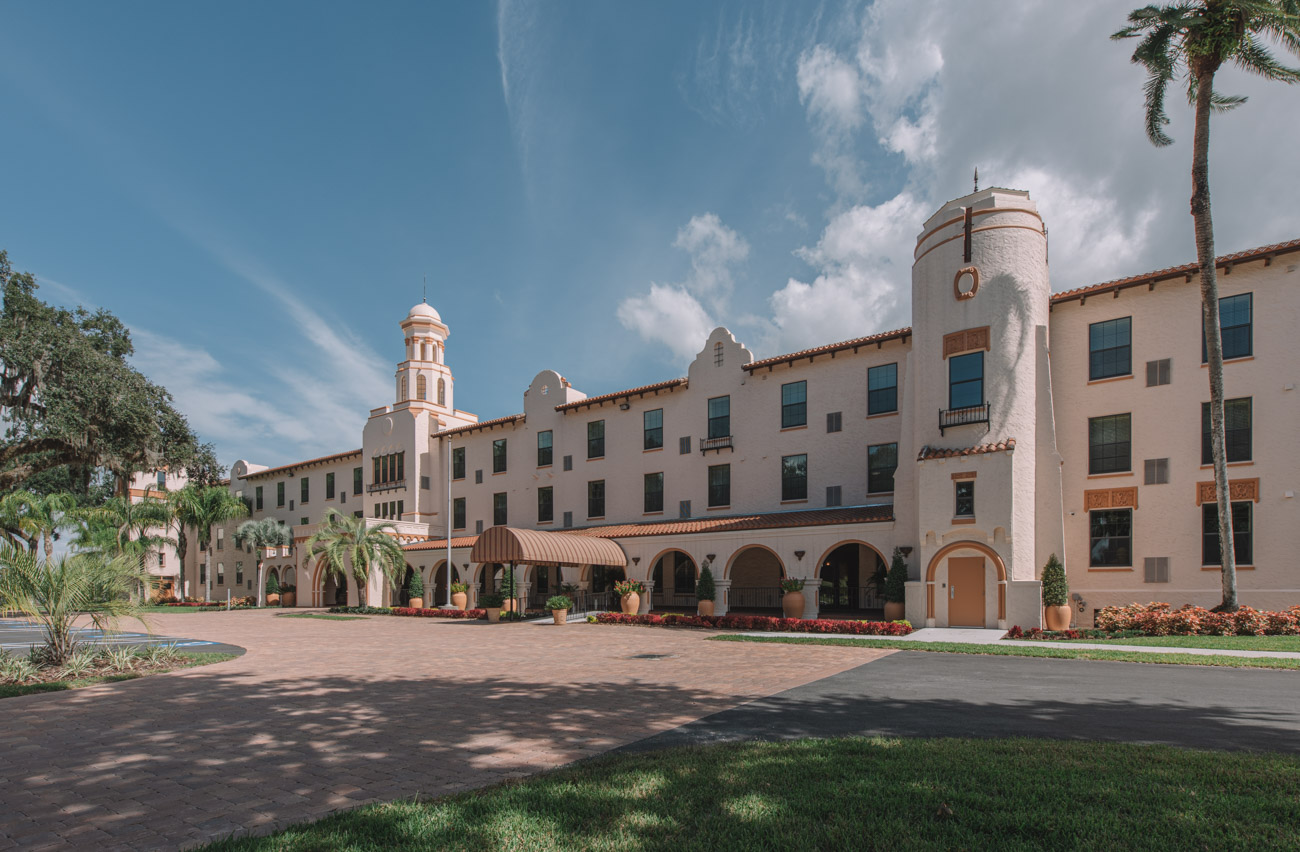 Often shortened to the United Brotherhood of Carpenters, The United Brotherhood of Carpenters and Joiners of America was formed on August 12, 1881, by Peter James McGuire and Gustav Luebkert. McGuire is credited with being the first to propose the idea of Labor Day as a national holiday in 1882. The Brotherhood held its first convention in Chicago in August 1881, laying out its common goals to show ways to maximize the union’s bargaining potential. The immediate common goals were wage and hour demands, and death and sickness benefits. The union grew from its 1881 membership of 2000 to 50,000 by 1890, and 100,000 by 1900.

The Brotherhood admitted both black and white carpenters on an equal footing when it was first formed; one of the union’s vice presidents in its early years was L.E. Rames, an African-American carpenter from Charleston, South Carolina. In the South, however, the union faced opposition from white carpenters and contractors for organizing black and white lumber mill workers, which eventually resulted in the deaths of four union organizers. The attackers, affiliated with the mayor of Bogalusa, Louisiana, the Great Southern Lumber Company, and the Ku Klux Klan, were never convicted.

Although Peter McGuire was a socialist, the union itself was non-political, refusing to endorse any political party or philosophy. It was not, on the other hand, apolitical as it supported legislation establishing the eight-hour day. The union went as far as to elect its own leaders to public office such as Patrick Henry McCarthy, the head of the San Francisco Building Trades Council who was elected mayor of San Francisco in 1909. No other leader though was opposed to governmental intervention, of any sort, in labor and employment matters than William Hutcheson.

William Levi Hutcheson was born in Saginaw, Michigan, on February 6, 1874, the son of Daniel Orrick and Elizabeth Culver Hutcheson. His father was born in Ulster, Northern Ireland, and raised in Canada. He came to the United States in the 1840s to work in the Michigan lumber industry where he became a carpenter and a farmer.

Hutcheson only had six and a half years of schooling before he became a shipyard carpenter’s apprentice at the age of fourteen. From 1893 to 1902, Hutcheson worked in Michigan as a farm laborer and well driller, and in the Dakota wheat fields and the Coeur d’Alene mining district in Idaho. In 1902, he became employed as a carpenter for the Midland Chemical Company in Midland, Michigan. Under his leadership, the carpenters at the chemical company formed a local union, but the union failed and he was blacklisted. Hutcheson returned to Saginaw where he worked as a carpenter. In 1906, he became a business agent for two carpenters’ local unions, strengthened these unions, increased membership, and won the eight-hour day.

Hutcheson was elected second vice-president of the United Brotherhood of Carpenters and Joiners of America in 1913, two years after he was defeated for membership on the executive board. He became the first vice-president when Arthur Augustine Quinn resigned following his refusal to leave New Jersey as the union constitution required the first vice-president to live in Indianapolis, the site of union headquarters. Two years later when James Kirby died, Hutcheson succeeded him as president of the second-largest union in the United States. Although luck had brought him to power, Hutcheson consolidated his position and remained president until his retirement in 1952, centralizing power within the union and making his office dominant.

A conservative craft unionist, he opposed the organization of workers in mass production industries such as steel and automobile manufacturing into industrial unions. Under his administration, the Carpenters Union grew by taking an aggressive stance toward other trade unions that claimed work that Carpenters also claimed. He took his union out of the American Federation of Labor’s Building Trades Department on several occasions when he was displeased by its ruling on jurisdictional disputes involving the Carpenters.

Hutcheson was highly conservative in his politics as well. He supported Republican candidates from Harding to Eisenhower and was a vocal opponent of the New Deal, calling President Franklin D. Roosevelt a “dictator” in 1936. He opposed federal legislation during the Great Depression that would have reduced the working day to six hours and provided unemployment insurance and campaigned against Harry S. Truman’s proposal for national health insurance as “socialized medicine,” ironic given the fact that the United Brotherhood of Carpenters was founded by a socialist. Hutcheson was also a member of America First, the organization headed by Charles Lindbergh that opposed any United States support for Britain or the Soviet Union in the years before Pearl Harbor.

National Home of the Carpenters and Joiners of America

During the 1920s, Hutcheson became concerned that many union members lacked a source of income after retirement. He envisioned a large home where the men could live well, receive appropriate assistance as needed, and be provided a significant number of activities to enrich their lives. In order to finance his vision, the union assessed a charge to its members.

Through various acquisitions over time, the property grew to approximately 2,000 acres, and the “Carpenters and Joiners Home” was completed and dedicated in 1928. The first 36 retired carpenters and joiners moved in the following March and as many as 370 members resided there during its heyday. As the United States saw a rise in Social Security in the 1960s and 1970s, the number of retirees living in the home declined. No longer serving a purpose, it closed in 1976.

The First Assembly of God Church purchased the property in 1980 and renamed it Carpenter’s Home Church. The church owned the Evangel Christian School which opened in 1972 and operated in the former retirement home. In 1982, construction began on a 9,000-seat sanctuary which was one of the largest sanctuaries in the world when it opened in 1985. The church split in 1989 and never again had a congregation large enough to fill the sanctuary.

The church closed after attendance dwindled to 1000 making it impossible to maintain its facilities. In 1994, Daniel Strader, son of Karl Strader who was the founder and senior pastor of Carpenter’s Home Church, was arrested and later convicted for stealing almost $3 million from investors, most of which were church members. This act may have contributed to the dwindling attendance.

In 2005, the property was sold to Without Walls Church for $8 million and renamed Without Walls Central, but like its previous owners, struggled to attract congregations large enough to maintain it. The last time the church held services was in August 2011, when Lakeland Electric disconnected electrical service because of missed payments.

In 2011, Without Walls International Church experienced financial problems and vacated the Lakeland building after the electricity was cut off. Without Walls co-founder Randy White pledged to hire new pastors and revive the church. That never happened though as the church owed more than $35,000 in code enforcement fines and public service fees as well as not paying the $13 million loan on the property.

Without Walls International filed for bankruptcy in March 2014 and had been embroiled since October 2012 in a foreclosure court battle with Evangelical Christian Credit Union, the California credit union that holds the mortgage on the property. It was also in 2012 that residents also began complaining of the vandalism around the old retirement school. Windows were broken and doors were busted, which gave neighborhood kids access to the building.

In February 2015, developers Doug Cook and George Anderson purchased the former Without Walls Central property for about $3.75 million. They made plans to demolish the massive sanctuary to replace it with independent-living units for retirees in place of the church. They also plan on renovating the former retirement home for union carpenters on the property, a 115,000-square-foot, Mediterranean-style structure built in 1929.

Demolition of the megachurch on the property began on March 16, 2015, and construction on the historic Carpenters and Joiners Home commenced soon after. Today, the building has been restored and currently operates as Lake Gibson Village, a senior living community.