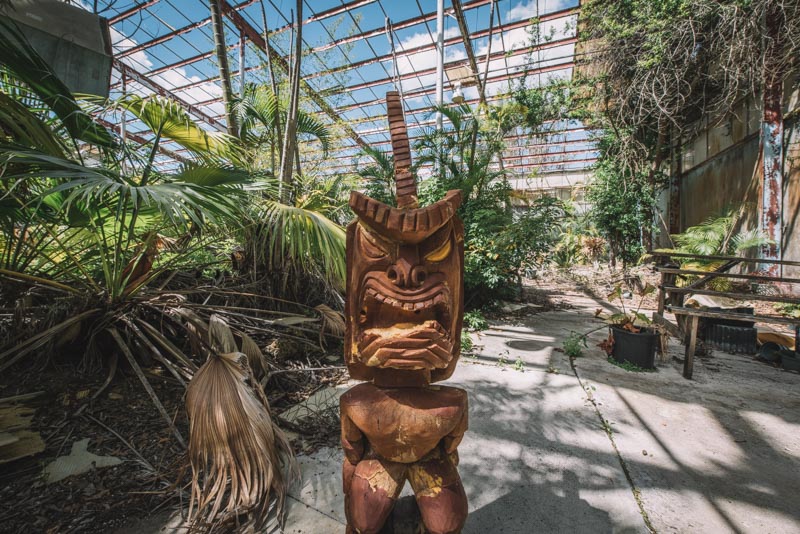 A World of Orchids

World of Orchids was a working greenhouse located in Kissimmee. It included over thousands of orchids, including rare and unusual types, in a controlled humid environment, complete with waterfalls, streams and ponds full of fish, and parrots which flew overhead. A 1000-foot-long boardwalk was also located behind the property which trailed off into the wetlands.

The attraction was planned to open in the summer of 1992 but was delayed due to construction. Then in August, Hurricane Andrew swept through South Florida, destroying their nursery in Miami. Plants were packed into trucks and brought to Kissimmee. Once there, members of the cultural study group of the Central Florida Orchid Society were waiting to help save thousands of plants. Several members remained as volunteers to help keep the new March 12, 1993 opening date.

As fate would have it though, their fear of hurricane would rear its ugly head in 2004. On August 13, 2004 Hurricane Charley made landfall at maximum strength in Florida, making it the strongest hurricane to hit the United States since Hurricane Andrew in 1992. World of Orchids suffered severe damages, losing part of their greenhouse roof. Since the greenhouse was a unique design, the entire roof would have to be replaced. With no insurance and no extra funds to cover those costs, the damage was never repaired.

The greenhouse was left in shambles but the shop remained open, selling and shipping out orchids. Visitors though were left astonished and even sickened at the conditions of the greenhouse. Here are a few select reviews after the storm damaged the roof:

“It is not worth the time and petrol to get here. The shop has different species of orchids for sale, but the attached ‘rainforest’ is little more than a dilapidated and broken greenhouse filled with very sad and unloved plants most of which look half dead. Don’t bother.” -Seabird0037, January 4, 2009

“For what ever reason A World of Orchids has become a ghost of it’s once former self. We visited a world of orchids on a trip 8 years ago and it was a beautiful exciting place for any orchid lover. Beautiful garden paths with rare orchids and other tropical plants.

On a trip in December of 2005 we visited again and were shocked at what we found. The place is a shambles and most if not all the orchids are dead. It was raining when we visited and the roof was leaking so bad that it was like being outside.

“I don’t know if the previous hurricanes had damaged a World of Orchids or financial or other problems this once beautiful attraction but it is not even worth the. If you are an orchid fan the neglect and decay will just make you ill.” -David H, February 7, 2006

“The Fish and Game or the humane society needs to go in and confiscate the parrots in this horrible rundown place. The parrots are living in filth and excrement, in dark closets that one cannot breathe in. It is the HOUSE OF HORRORS for these poor parrots!! I pray my review will make somebody go in and shut this place down and get those poor birds out of there! There is no excuse!. I was sickened!!!” -Parr20, April 4, 2007

World of Orchids officially closed down on July 15, 2012, with a sign on the door indicating that they would be moving to a new location. What is left of the greenhouse is not far different from photos I’ve seen of it after the 2004 hurricane. Still, many plants remain growing wildly in the humid Florida weather and a few small fish can be found swimming in the murky waters.