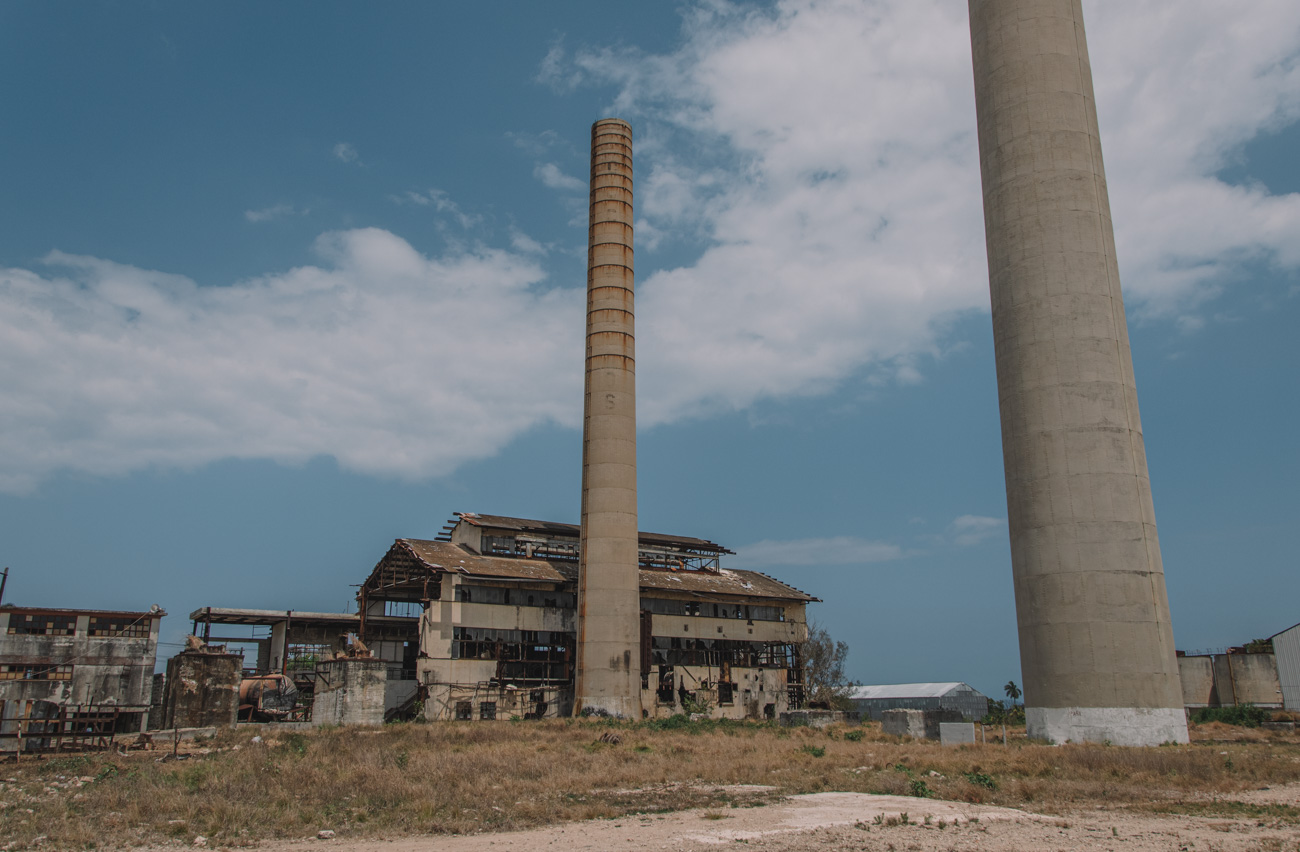 Milton Snavely Hershey, the founder of The Hershey Company, first visited Cuba in January 1916. He fell in love with the country and its people, describing the country as an eternal spring where it never got too hot or too cold. The world was in the midst of the first world war and sugar, essential to the production of milk chocolate, was in short supply. On this visit, he decided to buy a sugar plantation to supply his growing chocolate empire back in the states.

He bought a small sugar mill called Central San Juan Bautista, located sixty miles east of Havana. He had a large sugar refinery built along with an adjoining village to house his workers and their families, a model town like he had done in Hershey, Pennsylvania. The town would be called Central Hershey. The word central is a term used in Cuba to signify a sugar mill and its surrounding town.

The village consisted of 160 homes, laid out in a grid with clean lawns and front porches in the style common in the growing suburbs of the United States. It also had a public school, a medical clinic, a movie theater, a golf course, shops, social clubs, and even a baseball stadium where a Hershey-sponsored team would play their home games at. Along with the town, Milton Hershey also built the country’s electric railway between Havana and Matanzas, making the transportation of goods much easier.

The factory became one of the most productive sugar refineries in the country and those living in the village were envied by those who lived in the neighboring towns. Even though the company owned all the properties, they paid relatively high salaries, subsidized housing, maintained public utilities, and were quick to make home repairs. Just like in the United States, unfortunately, class and racial segregation were in play here as well as supervisors lived in the largest houses, workers in the smallest, and black workers were given homes on the edge of town.

Once Central Hershey was well established, Hershey purchased other sugar mills and plantations. In 1920, he bought Central Rosario where he founded an orphan school, the Hershey Agricultural School. This was also where he built a home for himself where he would entertain visitors to the island. In 1925, he bought Central Carmen and Central San Antonio, and Central Jesus Maria in 1927.

Milton Hershey died in 1945, leaving no heirs and giving most of his fortune to charity. The following year, the company sold many of its Cuban holdings to the Cuban Atlantic Sugar Company, including Central Hershey, Central Rosario, Central San Antonio, Hershey’s railroad, and 45,000 acres of land. In February 1956, Julio Lobo Olavarría attempted a hostile takeover of the Cuban Atlantic Sugar Company but was unsuccessful.

On December 31, 1957, Lobo acquired the company as well as all of its Hershey assets under a Panamanian company named Chiriqui Sugar Mills Corporation. At the time Fidel Castro took control of the government in 1959, Lobo was considered the most powerful sugar broker in the world with a net worth close to $200 million. His assets then included 14 sugar mills, over 30,000 acres of land, a bank, an insurance company, and offices in Havana, all of which were seized by the government following the Cuban Revolution.

In order to pay for the acquisition of the Cuban Atlantic Sugar Company, Lobo took out a $9 million loan from the First National City Bank in New York which he personally guaranteed. Having left Cuba in exile, he was unable to pay the remaining $6.75 million balance on his loan and filed for personal Bankruptcy on July 23, 1964. He fled to Spain in 1965 to avoid creditors. Lobo’s two main assets outside of Cuba were Galban Lobo Company and Olavarría & Co. worth about $4 million. The companies sought bankruptcy protection on July 23, 1965, but were unable to overcome debts of $43 million including taxes owed to the U.S. Government totaling $25 million, so the companies bankrupt.

The country’s new government had the homes redistributed, and the sugar mills and railways were nationalized. Central Hershey was renamed Central Camilo Cienfuegos, named after Fidel Castro’s friend and renowned Cuban revolutionary who died in October 1959 when his plane disappeared traveling from Camaguey to Havana. His body nor his plane were ever recovered. Sugar which was used in Hershey chocolate bars was now being used to sweeten Soviet tea.

When the Soviet Union collapsed in 1991, the Cuban economy fell with it. The sugar industry declined and in the early-2000s, the government shut down sugar plants throughout the country, including the one in Central Camilo Cienfuegos. Today, the town is simply known as Camilo Cienfuegos. The power plant is kept running by resourceful engineers and the railways is still used, although breakdowns are frequent and trains are regularly late.