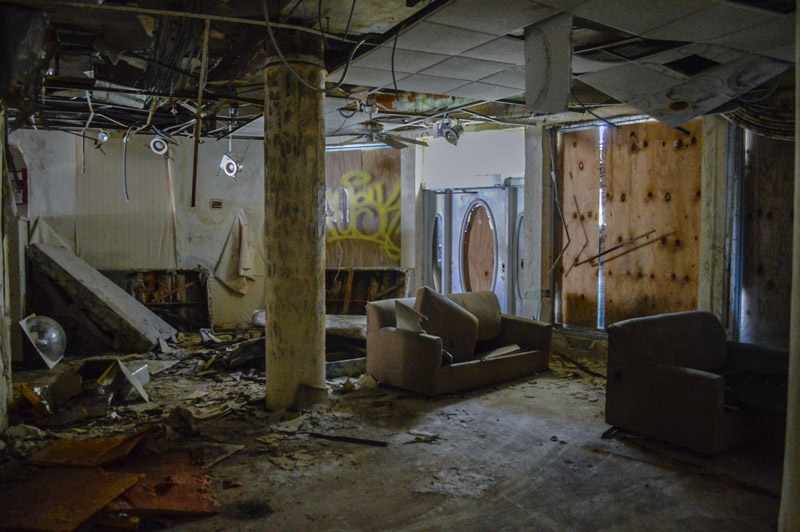 The Escape Hotel was one of many pioneering hotels built on Fort Lauderdale beach by George Gill Jr. who became known as the father of Broward County hospitality. Born in Chicago, Gill moved to South Florida after serving in World War II in the United States Navy to develop real estate in a warmer climate than what he was used to in the Midwest. Along with his father, they formed Gill Construction and started out building houses, becoming one of the driving forces in Fort Lauderdale during post-World War II. According to a report in 1950, 75% of the houses built that year were by Gill Construction.

Gill made the jump into constructing hotels with the 50-room Escape, named after his yacht of the same name. Designed by Theodore Meyer and Lester Avery, the hotel was constructed in three phases between 1948 and 1951 with the main portion opening on New Year’s Eve in 1949 with starting room rates of $10 per day. It was the first hotel on Fort Lauderdale Beach to offer a swimming pool, cabaret-style entertainment, and while other hotels closed after the peak winter season, the Escape remained open all year-round. The tennis courts attracted major tennis players of the era, including Bobby Riggs, who at the time was retired and a well-known hustler and gambler. There were poolside beauty pageants and fashion shows. The Bonanza Room opened in 1951 at the hotel, and its nightclub entertainment was a popular draw.

With the success of the Escape, George Gill Jr. went on to develop six more properties on Fort Lauderdale Beach, including the Jolly Roger in 1952, the first in the area to offer in-room air conditioning. His most famous hotels were also his largest, those being the Sheraton Yankee Trader and the cruise ship-shaped Yankee Clipper. Gill helped bring the New York Yankees’ spring training camp to Fort Lauderdale in the 1960s, promoted college Spring Break in the area, and further helped move the area from Spring Break to its current upscale image.

By the 1980s, the Escape had declined and eventually closed down. The property was sold to Marriot in 1984 and reopened as the Tiffany House, an assisted living facility. The Tiffany House remained open and uneventful for decades, except for a murder that occurred in 2001 involving a 72-year-old resident who choked his 90-year-old neighbor to death. The facility closed down in 2010 and put up for sale, sitting vacant for years. It was finally purchased in 2015 with plans to redevelop the property into the Gale Boutique Hotel & Residences, a 96-room hotel and 128-unit condominium. The new hotel and condominium is set to open in the near future.