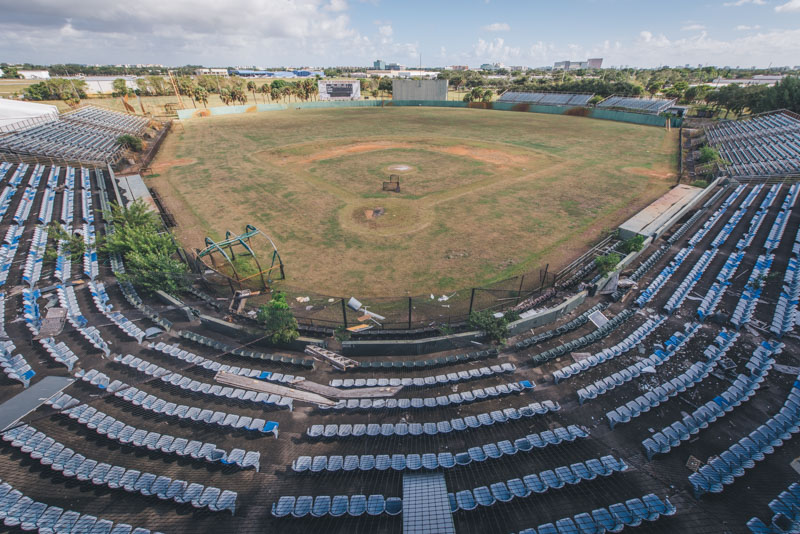 In 1993, the Boston Red Sox moved their spring training from Winter Haven to Fort Myers. The Red Sox attempted to move its FSL franchise to the new stadium but was blocked by the established Fort Myers Miracle. While the two ownerships disputed, they were still in need of a venue for the 1993 season and Fort Lauderdale Stadium was available. The Red Sox’ one year in Fort Lauderdale was a huge disappointment. The team compiled the worst record in the FSL at 46-85, last in the 13-team league. They also placed 12th in batting average, 12th in doubles, 13th in steals, 11th in walks, and 13th in runs. They drew just 28,000 fans, second last in the league, and almost 73,000 fewer fans than the 1992 Fort Lauderdale Yankees. The following season, the Red Sox moved their FSL team to Sarasota with 1993 being the last year Fort Lauderdale was represented in the Florida State League.

After the Strikers left in 2016, a $70-million water park Schlitterbahn Water Park was to be constructed at Fort Lauderdale Stadium, using portions of the old stadium to construct a castle-like entrance that would include lodging, dining, and shopping facilities. The park was planned to eventually be expanded around Lockhart Stadium. The project was stalled due to a lawsuit by nearby Rapid Water Park.

In March 2017, it was ruled that Schlitterbahn’s lease on the property was invalid as the city never followed its own charter by awarding the property lease without conducting a competitive bid process. Premier Parks LLC eventually won the bid for the project and planned to build a Wet ‘n Wild water park on the site. As part of the deal, Premier Parks was to renovate Lockhart Stadium but because they could not afford those renovations, the deal eventually fell through.

In January 2019, Inter Miami CF, a soccer team for Major League Soccer, announced its plans to use the Lockhart Stadium site for its new headquarters, training grounds, youth academy, and home of the future United Soccer League (USL) team. The new development will also include an 18,000 seat stadium which will house the USL, and will also allow Inter Miami CF to use the stadium for the first two seasons while the Miami Freedom Park is under construction.