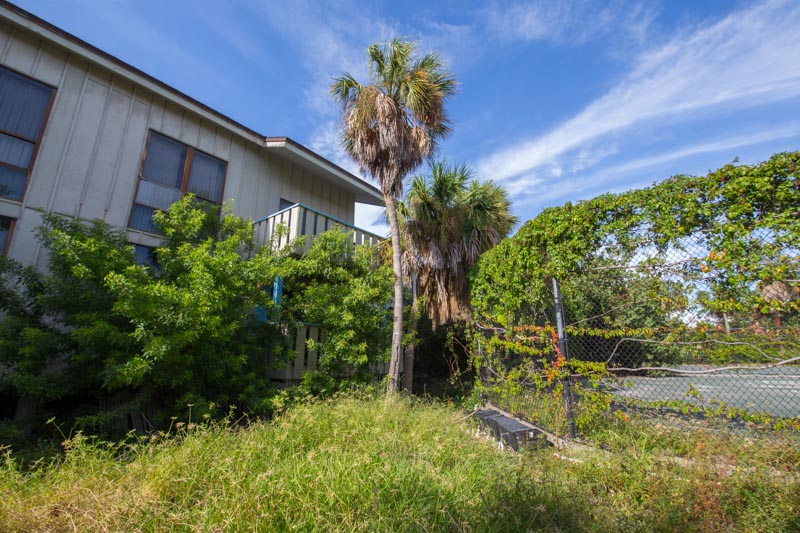 The Colony Beach and Tennis Resort

The Colony was first constructed in 1952 by Sarasota developer Herb Field, which was then a collection of charming beach cottages and a popular restaurant and bar. It already had a national reputation at the time for its Bohemian beach elegance, its all-black wait staff who served flaming tableside dishes, and its Juilliard-trained pianist.

It was 1967 and Dr. Murray “Murf” Klauber, an orthodontist from Buffalo, New York, was preparing to fly out to St. Louis to speak at an orthodontics conference. His first wife had been staying at Longboat Key with friends at the time, and urged him to make a detour there. Arriving at the Colony resort, he quickly fell in love with the beautiful, yet largely undeveloped island.

Within a year of his visit, Klauber and his family moved to Longboat Key. By 1969, he had purchased the Colony resort along with a business partner for $3.5 million, turning it into the first “tennis-centric resort” in America. Nick Bollettieri started his tennis academy there when he was an instructor at the Colony. Trying to figure out a way to fill up empty rooms between Thanksgiving and Christmas, the Colony would host the annual Bud Collins Hackers Classic Tennis Tournament with the first one occurring in 1986. Up to 2004, the Colony was recognized as the No. 1 tennis resort in the country by Tennis magazine for eight consecutive years.

Around 1973, Klauber set up the resort to be the state’s first condominium hotel rental partnership agreement. What this meant was that if you purchased one of the 237 units at the time, you were both a condo owner and a limited partner. As part of the agreement, you could use the property for 30 days out of the year and had to put your unit into the hotel rental pool for the remaining 335 days of the year.

Between 1973 and 1984, profits were split 50/50 between Klauber and the owners, while the owners were responsible for paying their own taxes and insurance on the units and paying assessments to the association. That changed in 1984 as Klauber would pay all the taxes, insurance and maintenance costs as well. If there were any profits after that, then the owners would see a 50/50. Despite there being very little profits seen by the owners, they were happy with the new agreement.

On September 10, 2001, then-President George W. Bush spent a night at the Colony for a visit to Emma E. Booker Elementary School in Sarasota. On the morning of September 11th, Bush received word of the terrorist attack in New York City as students read a book to him. He remained for seven more minutes until the book was done before leaving the room to be briefed on the situation.

After giving a press conference from the school’s library, he left for Sarasota-Bradenton International Airport and departs in Air Force One. Many Secret Service agents and most of the White House press corps returned to the Colony. Klauber was told that “The White House is closed”, and for the next 24 hours, the Colony was used as the nation’s central headquarters.

Tourism throughout the state took a dive following the attacks. After a series of hurricanes hit Florida in 2004, hotel bookings at the Colony took yet another hit. In addition, tennis was no longer the draw it had been in the 70s and 80s, and the resort was looking a bit outdated being over 30 years old.

Klauber decided the best option was to renovate the property but he needed $12 million to do it. He went to the association board and told them that he didn’t have the money for the repairs and renovations, but because the condo owners were in charge of maintaining of exterior of their units, they should each contribute $50,000.

The association board agreed to Klauber’s improvements on two occasions and when asking the owners to vote on the assessment both times, the owners voted against it. Instead, a group of angry owners banded together took over the board in 2007.

Klauber retaliated by suing the owners to force them into paying the $12 million. In response, the association filed for Chapter 11 bankruptcy for itself later that same year. Eventually, Klauber would file for Chapter 11 bankruptcy for the resort as well. In 2009, Bank of America filed a foreclosure suit against Klauber and seven of his corporations. Less than three months later, a judge ruled that the owners didn’t have an obligation to pay the $12 million. Due to this, the hotel was shut down until further notice.

The association board requested that the Colony’s Chapter 11 bankruptcy to be converted to a Chapter 7 liquidation, which meant the Colony would be a condominium association instead of a hotel resort. The judge that due to Klauber’s “self-dealing” and “gross mismanagement”, there was no way a reorganization would be successful, especially since the property was deteriorating. By August 10, 2009, the judge converted the Colony’s bankruptcy to a Chapter 7 bankruptcy.

By 2010, the Colony was deserted, its last remaining resident, Murk Klauber himself, was forced to vacate due to the mold building up in his unit. Due to bankruptcy cases, lawsuits, and a large number of other litigations, the resort was left abandoned for years.

Chuck Whittall, president and founder of Orlando-based Unicorp National Developments, purchased The recreational property for $22 million in 2016. The demolition of the buildings on their property took place soon after. The condominium buildings though were still in the hands of various owners. Whittall hoped that the condo owners would sign a development agreement that absolves all litigation surrounding the property and buys out owners’ interests, a total of $44 million.

Andy Adams stood in his way, a Tennessee developer who owned more than 70 units and throughout the following years, would stand his ground on the matter of not selling to Unicorp, stopping any redevelopment of the property. By 2018, Unicorp owned at least 66 percent of the condominiums as well as 95 percent of the recreational and commercial property.

Due to the high rate of trespassers in recent years, a large number of vermin within the structures, and the debris on the ground coupled with the start of hurricane season, the Town of Longboat Key issued an emergency demolition order for the remaining buildings on the property. Unicorp offered to demolish the buildings for free in preparation for the redevelopment of the property.

Despite the demolition, construction still can’t begin as Unicorp would have to own at least 95% of the condominiums to claim ownership of the property as a whole. To rectify that, Whittall plans on proceeding with a lawsuit that will terminate the remaining condominium ownership without their consent on the grounds that the property is an economic waste, decrepit and a threat to public safety.

Unicorp plans to build the St. Regis Hotel and Residences which will include a five-story, 166-room hotel and 78 residential condominiums in three, five-story buildings.

The colony was the best of the best!! What a shame to not cared enough to continue!!! Nothing will ever compare!