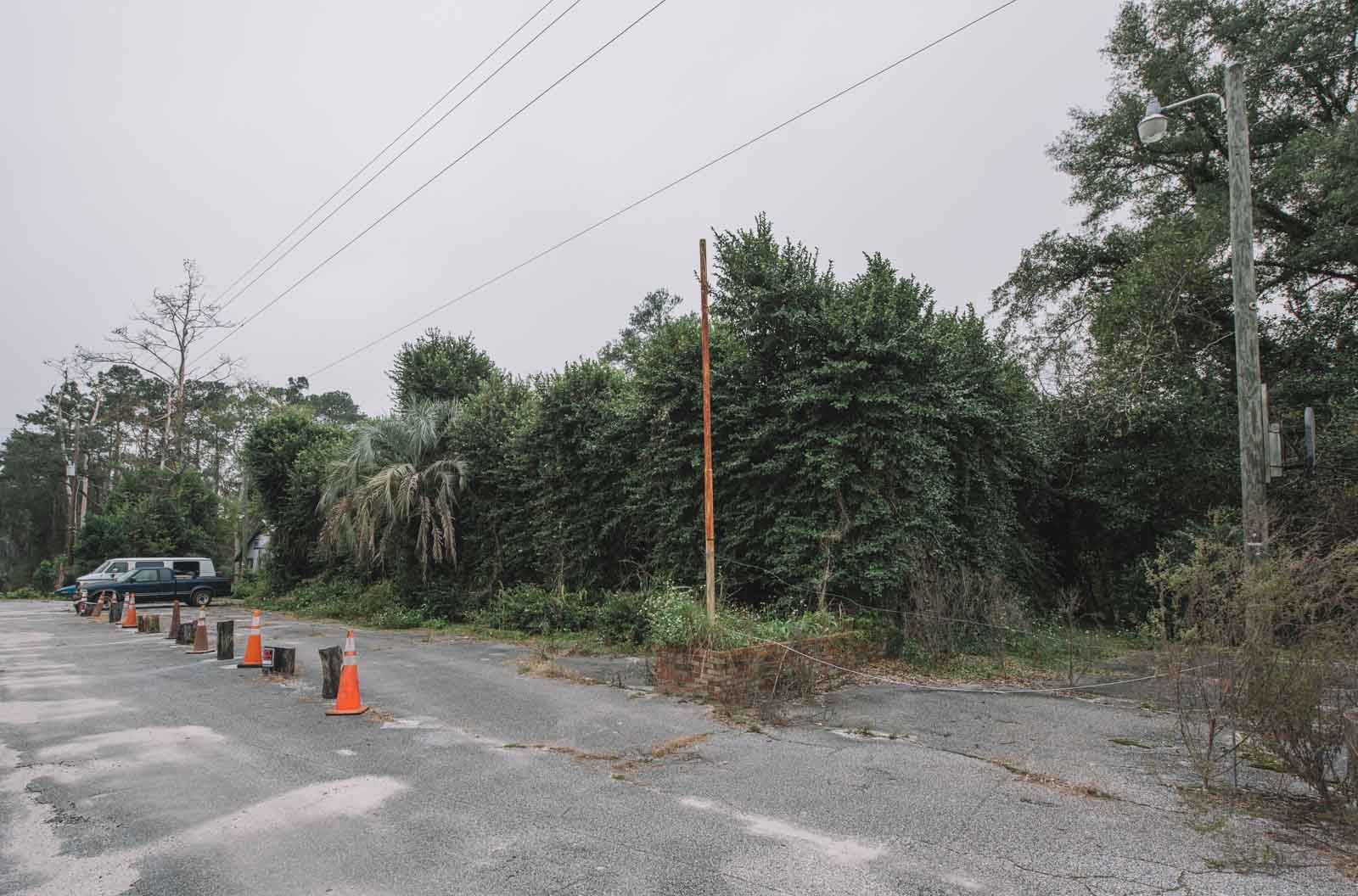 Ellaville was once a thriving mill town centered around the sawmill of the Drew & Bucki Lumber Company. The town was founded by Florida Governor George F. Drew in the 1860s who constructed a sawmill west of the Withlacoochee River. He partnered with Louis Bucki, a Prussian immigrant from New York, and expanded the sawmill’s operations to become the largest sawmill in Florida. The sawmill was destroyed in a fire in 1898 but while it was rebuilt, the yellow pine it harvested was depleted and the mill closed down in 1900. The Suwannee River Store though was not built during that time, but in a time when the town was dying.

The building was constructed by Henry Charles Noegal who was born in Lake City, Florida in 1885. His grandfather was a German immigrant who came to America in 1851, settling down in Baltimore where he met his wife. Henry Noegal had a hobo lifestyle for a short time before trying his hand at becoming a copper miner in Bisbee, Arizona. He then tried lumberjacking in Oregon and finally was a railroad engineer in Venice, Illinois. It was here he met Pearl Ellen Dempster.

Pearl Dempster was born in Windsor, Ontario in 1885 and her family immigrated to Illinois in 1891. Henry and Pearl married in 1913 and moved to Eastman, Georgia, where Henry became the owner and operator of Noegels’ Bakery. Shortly after the outbreak of World War I though, they were forced to flee Eastman after receiving threats of violence. The citizens there accused them of being German spies due to their last name.

Having fled to Ellaville, Henry started Camp Suwannee campgrounds which featured a Gulf filling station, a restaurant, numerous campsites, and a general store. Frederick Stroud served as postmaster of the town until 1921 when the Stroud family general store that contained the post office burned down. Henry petitioned for the new office and was made postmaster, operating it out of his general store. In 1928, Noegal built the Suwannee River Store, located just across the street from the Suwannee River State Park. On January 6, 1929, less than a year later, Henry Noegel was shot to death by Joe Jenkins in front of his newly built store. Jenkins would be charged and found guilty of second-degree murder, although the prosecutor told the court that there was more than enough evidence to charge him with first-degree murder. Following her husband’s death, Pearl sold the store to Paul and Millie Lee Burnette in 1934. She would continue serving as postmaster, utilizing one of Camp Suwannee’s cottages as a post office.

By this time, Ellaville was near its end as heavy flooding pushed people out of their homes throughout the years. In the midst of the Great Depression and World War II, the post office and the general store closed down in 1942. By this time, the Camp Suwannee campgrounds were no longer functioning. At some point in time, the Suwannee River Store operated as a restaurant called Alligator Jacks. Live alligators were kept in the pen and diners could choose which gator they wanted. The chosen one was lifted out with a small crane, cleaned, cooked, and served. It closed down in the 1980s. The building has been abandoned ever since and not much remains other than the walls as the roof caved in long ago.

Phil Schweizer, nicknamed the “Mayor of Ellaville”, is the town’s historian and site manager of the Suwannee River State Park Annex located across the street. Schweizer resides in the home adjacent to the old Suwannee River Store built by Paul and Millie Burnette back in the 1940s. He also sold rabbits for $10, housing them in what was the old alligator pen of Alligator Jacks. Local urban legend says that serial killer Ted Bundy hid out in the ruins of the Suwannee River Store in 1978. According to Schweizer, Bundy stashed his stolen Volkswagon Beetle underneath the back patio and booby-trapped one of the rooms within the building in order to entrap his victims. Although his last victim Kimberly Dianne Leach was found in a pig farrowing shed near Suwannee River State Park, there is much information that proves contrary to what the legend claims. Bundy’s method of killing was knocking his victims unconscious and strangling them to death. At the time that he was also in Suwannee County, he was driving a van he had stolen from the Florida State University Campus after the Chi Omega sorority house murders.