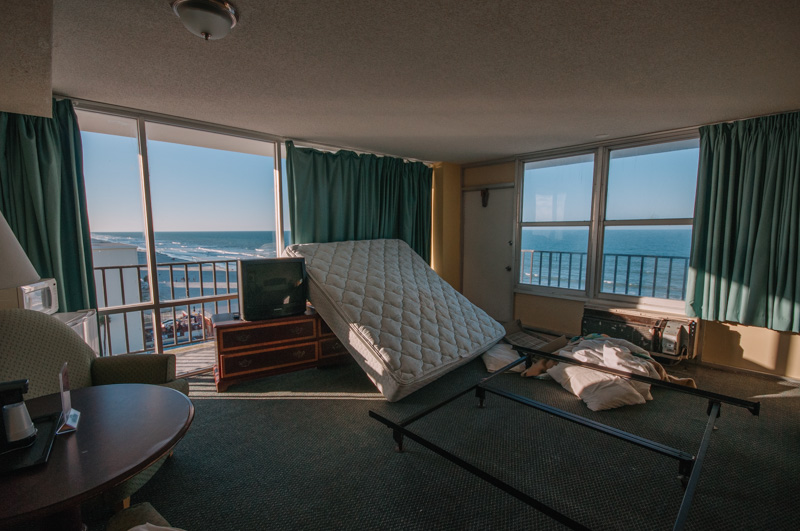 Located in Daytona Beach, the Surfside Hotel was built in 1974 and owned by Bray & Gillespie Inc., a Daytona Beach real-estate company that at one time owned dozens of beachside hotels, including the Treasure Island Inn, before going bankrupt in 2008. The bankruptcy came in the wake of the 2004 hurricane season and a soaring national economy, leaving behind over 35 defunct hotels and properties up and down Daytona Beach’s main drag. Efforts were made to mothball the former Surfside Hotel by keeping the electricity and air-conditioning running to stave off any possible mold, but without regular maintenance, mold was still present. It was during this time that these photos of the building were taken.

In 2011, Orlando-based Avista Hotel Group purchased the eight-story, 193-room hotel for $4 million from First National Bank in Sarasota. Plans were made to convert the building into a Residence Inn by Marriott with construction beginning in December 2011 with the gutting of the entire building right down to its concrete blocks. The new hotel opened in 2015 and includes 105 suites, 4,000 square feet of meeting space, an oceanfront pool and spa, an in-house lobby bar-and-grill, and a terrace overlooking the ocean.