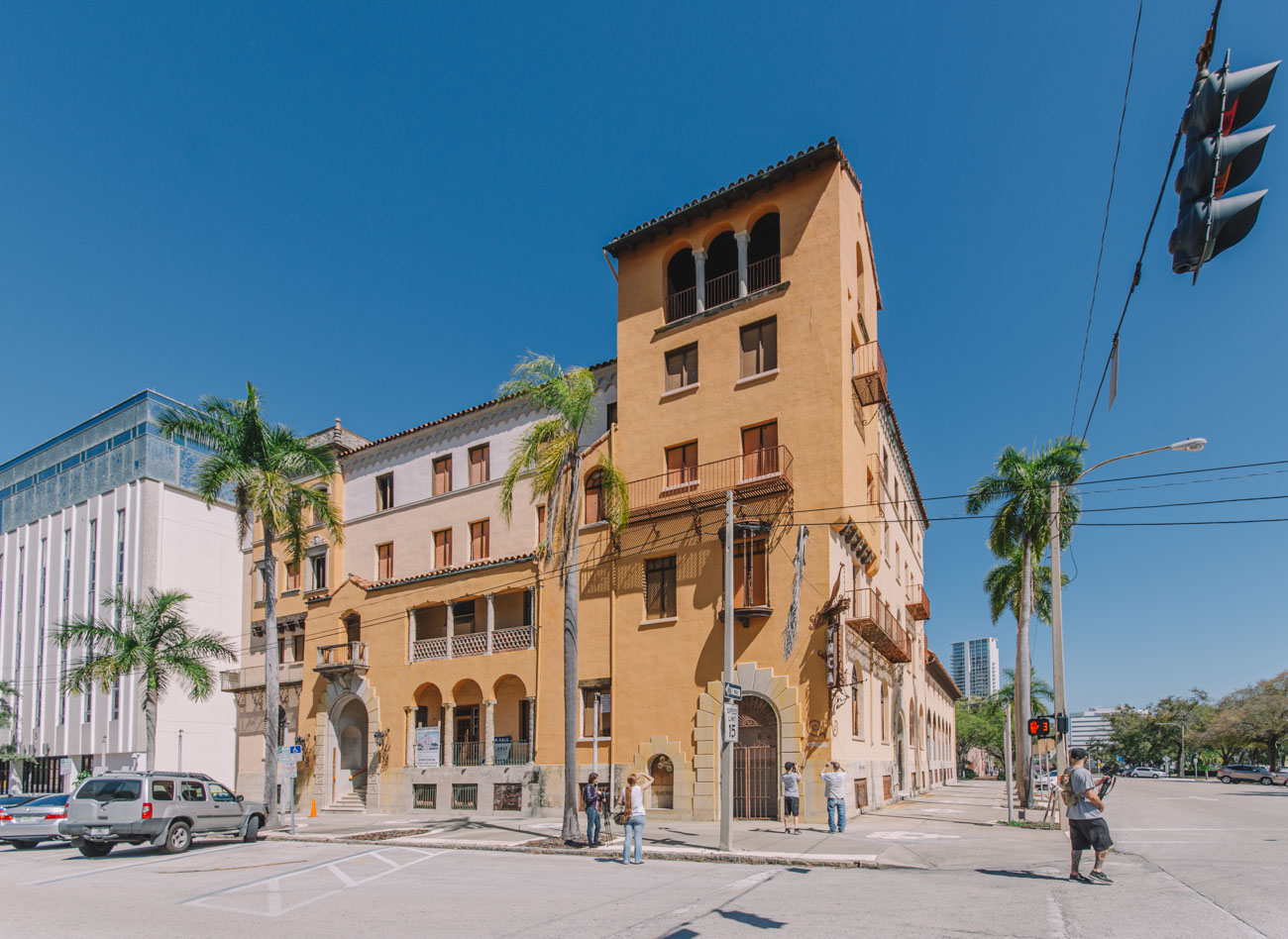 The St. Petersburg chapter of the YMCA was organized in June 1920. The YMCA building located downtown was constructed in 1927 with the help of $550,000 in community donations.

Designed in a Mediterranean Revival style, it stands four stories tall with a basement and a fifth-story tower. The style is expressed with arched windows and doorways, wreathed columns, balconettes trimmed with ornamental iron railings, and varied rooflines with barrel tile. The decorative swimming pool is one of the more notable features. Along the east wall of the pool is a fountain memorializing David S. Welch, who donated $20,000 to the YMCA to have the pool built. Many of the decorative Spanish tiles in and around the building were imported from Seville, Spain.

The YMCA offered facilities for boxing, wrestling, wrestling, and baseball. A cafeteria and pool were located in the basement. The gym and suspended jogging track were on the 1st floor, above the pool area. Offices and public rooms were located on the 1st and 2nd floors and 54 dormitory rooms provided affordable lodging on the 3rd and 4th floors.

The residential program ceased operations in 1989 and the entire club relocated to a new facility in 2001. The YMCA building was designated a historic landmark of St. Petersburg in 1991. The building was purchased in 2004 by an investment group with plans to convert the building into condos. After demolishing much of the interior, the project was abandoned leaving the building empty. It was eventually put up for sale.

Eventually, the YMCA was sold to South Florida developer Nick Ekonomou in November 2015. He plans to convert the building into a boutique hotel and event venue and estimates the renovation to cost around $6 million. He also planned to erect a nine-story luxury apartment complex and car garage behind the building. Though according to recent interviews, those plans seem to change and grow over time.

As of December 2016, multiple code violations were issued for graffiti, overgrowth, and debris, an expired roof permit, and disrepair of its walls, paint, and windows. Ekonomou has said that it’s frustrating because homeless people keep climbing the walls and breaking in, leaving piles of excrement inside. He had promised though to have the roof repaired in two months’ time and assured the public that the project will be completed in time.

Will be completed in time for what, the rapture?