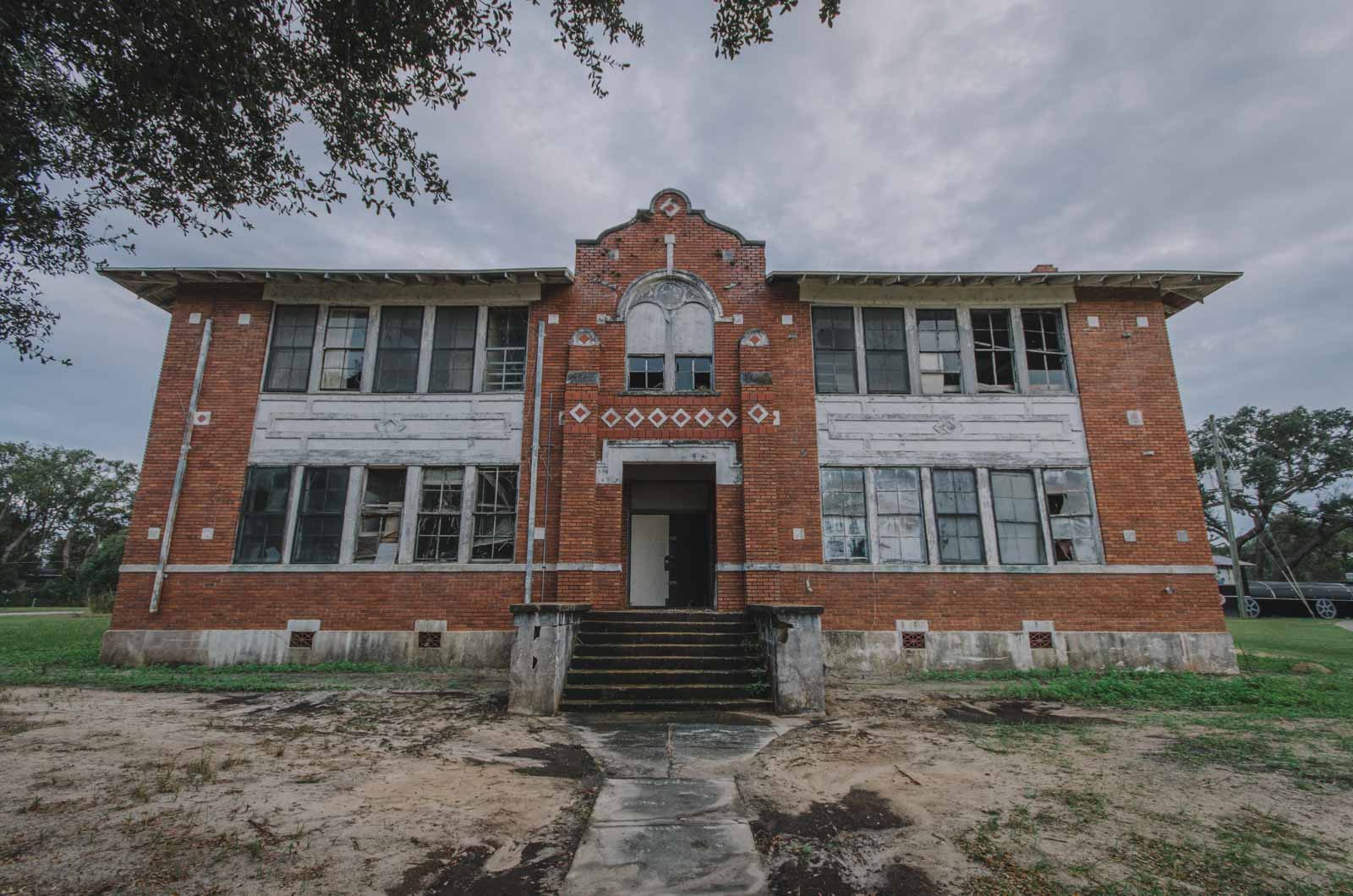 The Old Weirsdale School opened in 1923 to serve students in grades 1-12 from East Lake Weir, Weirsdale, and the surrounding areas. The building’s design is a near carbon copy of the Reddick High School building in the nearby town of Reddick. In 1955, with the opening of Lake Weir High School, the school became Weirsdale Elementary School for grades 1-6. It closed in the 1970s when the present elementary school was constructed.

The buildings remained empty until around 2000 when the gymnasium was converted to be used as an opry house, where it first opened as “Hawhee’s Country Music Opry,” then became the “Weirsdale Opry,” it spent one year as “The Great American Music Hall,” and finally became “The Orange Blossom Opry” which continues to operate today. Aside from being used for storage and for a few interior scenes in the 2001 film, Jeepers Creepers, the schoolhouse building has remained essentially unused. Other scenes for the movie were filmed at the previously mentioned Old Reddick High School which served as a police station at the end of the movie. It has been a number of years since I last visited the town, but from what I can tell by looking at images of it on Google Streetview and satellite imagery, the school is still standing in very much the state of neglect from when I last photographed it.