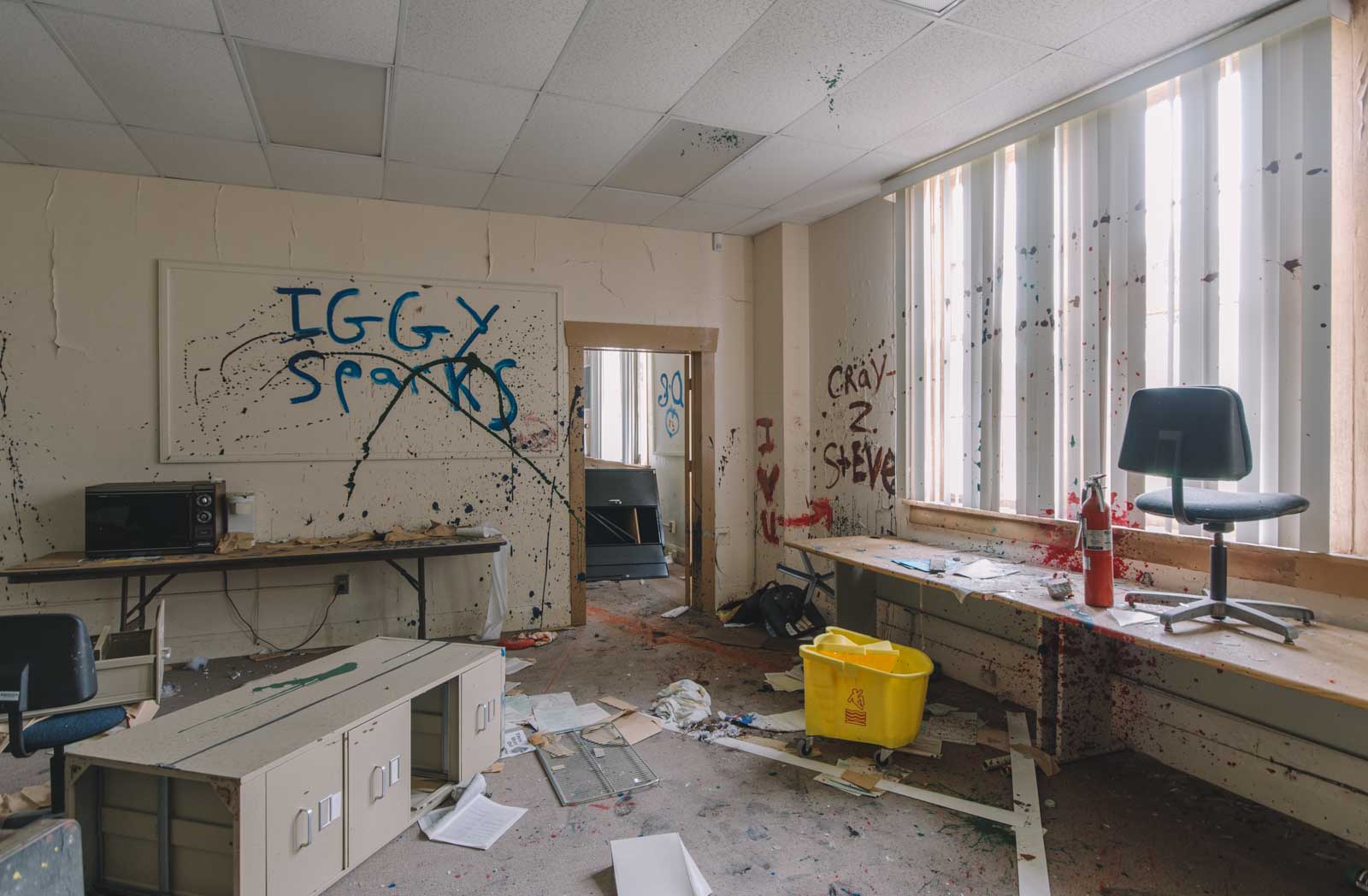 Designed by A.C. Price, the old Reddick school was first designed with the idea of being constructed out of flint rock. But when construction began in 1923, the Wright and McCalla Company could not get their hands on enough flint, so the building was constructed of both flint rock and red brick. The original school designs were used in other schools in the county, such as the old Weirsdale Elementary School. Students who first attended the school were from Reddick and Lowell. By 1930, the towns of Shiloh and McIntosh schools were sending students in ninth grade to Reddick and Shiloh would end up sending all of its students to Reddick three years later. Throughout the years, many other schools in the area would follow.

The gym was built in 1936 and by then, the school already added an auditorium and more classrooms. The gym was a Works Progress Administration project and just as it was done with the school building, the gym’s design was used for similar buildings throughout the county. Before World War II, the Reddick School did not have a lunchroom so the students were served lunch across the street at the old Good Fellows Lodge. According to an article by the Ocala Star-Banner, those who attended the school favored yeast rolls, cinnamon rolls, peanut butter/honey sandwiches, sloppy Joes, mashed potatoes, and smothered fried chicken.

In 1957, the school was renamed North Marion High School. The Class of 1963 would be the last class to graduate from the old school. The next year, students from Anthony and Fort McCoy high school were brought in to begin the transition to the new high school being completed in the nearby town of Sparr. The Class of 1964 would have their graduation at the new school, but they never attended classes there.

For the past 20 years, an annual reunion has taken place for former students of the old school. There have been a few ideas thrown around on what to do with the building, such as making it a community center with a section reserved to showcase the high school’s memorabilia and history. The school served as a filming location for the 2001 film, Jeepers Creepers, with some scenes being filmed at the nearby old Weirsdale schoolhouse as well. The old Reddick High School building was used for both exterior and interior shots of the police station in the movie. On July 28, 2021, it was announced that the old Reddick High School would be demolished as the structure is unsafe and the cost to repair would be immense. Demolition began in October 2021.