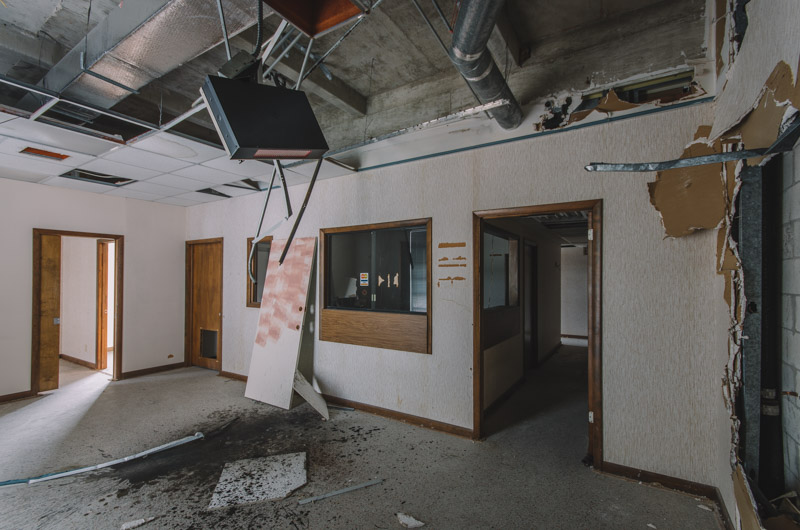 The Northwood Medical Center once located at 2601 N Flagler Drive was built in 1981. The office building contained many different practices from general medicine and psychiatry to dental and eye care.

WSG West Palm Beach had owned the property since 2005 with plans to redevelop it into a 225-unit condominium. Construction never began and the property was foreclosed in 2013 wherein the holdings owners, Lehman Brothers, seized control of the property. The property was later sold to Palm Beach billionaire Jeff Greene who purchased it at a discount.

During the Northwood Medical Center’s vacancy, vagrants were known to have made their way inside.

68-year-old Josef Schneider, who was semi-retired and designed jewelry and built custom motorcycles. According to him, he was allowed to park his 24-foot motorcycle trailer and truck on the property in exchange doing security work and keeping vagrants out and notifying police. He had the keys to the building and would let contractors in when it was needed.

On October 27, 2016 Schneider called Greene to tell him that some people had broken in, pulling boards off a window and that he could see a plume of smoke coming out of it. Schneider was told to stay put and that someone would be sent over.

When police arrived, they found Schneider inside the building with a firearm on his waist. He was detained. Police asked Greene if Schneider worked for him and Greene replied “no”. While Schneider did help with watching the building, he was never an official employee and for that matter, wasn’t allowed on the property. He had even been warned by police on multiple occasions to stay off the property. For that, he was arrested for felony “armed trespassing”.

The Northwood Medical Center was demolished in 2018.