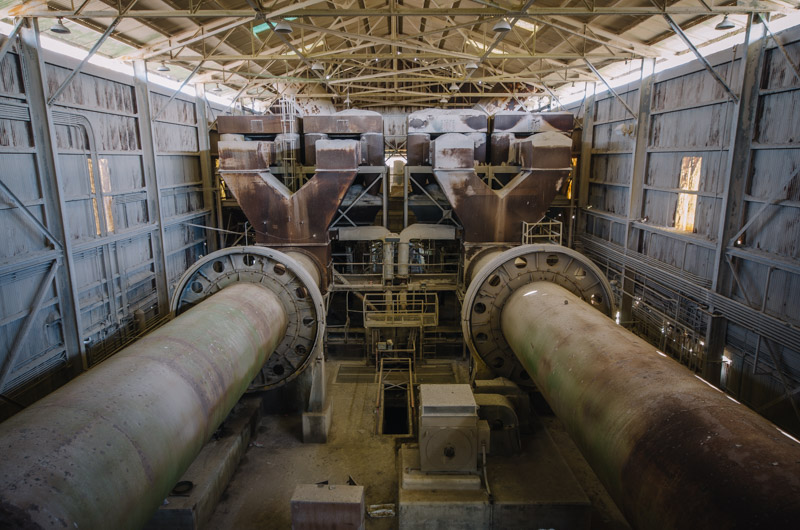 The town of Nichols was constructed in 1905 by the Nichols Phosphate Mining Company to house workers and their families. It is thought that the town’s name came from its proximity to the site of Fort Nichols, a fort used during the Seminole Wars. The community consisted of about 120 houses with a population of approximately 400, ranking third among the largest phosphate towns in Central Florida’s Bone Valley region. Only the towns of Brewster and Pierce were more populated with a population of 800 and 500 respectively.

Like most mining towns, workers rented housing from the company which included water, electricity, and garbage collection. The town of Nichols had its own general store, hospital, and school, as well as its own post office and church which remain open today.

Company-owned phosphate towns began phasing out in the 1950s. As companies grew, not all employees could live in the towns. Also, as roads improved and more people bought more automobiles, living close to work became less of a concern. In January 1960, residents were given notice that the town of Nichols would close. The company homes were sold to employees, and operations continued at the processing plant nearby. Mobil Mining and Mineral Company, a subsidiary of Mobil Oil, would later purchase the mine.

Less than a mile from this facility, the Virginia-Carolina Chemical Corp. ran a plant which produced uranium as a byproduct of the recovery of phosphate chemicals and fertilizers. The United States Atomic Energy Commission contracted them to produce 12 tons of uranium oxide per year between 1952 and 1959, which was ultimately used in weapons production. The facility that was used to extract the uranium was dissembled in 1960.

By the late-1980s, phosphate companies across the region were experiencing layoffs and temporary closings. Nichols shutdown temporarily in 1986. These companies struggled through the 1990s due to deteriorating supply/demand for phosphate fertilizer, either selling off their properties or closing down completely. One such company was the Mulberry Corporation, the parent of Mulberry Phosphates, which went bankrupt in 1999 after closing down its fertilizer manufacturing plant in Bartow.

Mobil decided it was getting out of the phosphate rock mining business and began selling its operations. Mobil’s South Fort Meade Mine was sold to Cargill Fertilizer Inc. in 1995 which included 27,000 acres of phosphate rock reserves in Polk and Hardee counties, a new beneficiation plant designed to process up to 4m tonne/year, two clay settling ponds, rail loading facilities, draglines, and all equipment, buildings and fixed assets at the South Fort Meade facility.

The Nichols mine was sold in 1996 to Agrifos Mining LLC. The sale included about 10,000 acres of phosphate reserves and associated facilities and equipment. In addition, Mobil agreed to process phosphate rock using the total capacity of Mobil’s phosphate fertilizer plant in Pasadena, Texas. In a joint partnership with IMC Global, owner of other phosphate mines in the region, IMC operated a fertilizer plant on the property.

Just one year later, IMC would shutter its Phosphoria mine and idle its Noralyn and Clear Springs mines for seven months. Those mines, along with their Payne Creek and Nichols fertilizer plant would shut down permanently at the end of 1998. In August 2000, Agrifos would close its Nichols mine in response to economic conditions, resulting in the loss of 120 jobs. At the time, Nichols was one of the smallest phosphate rock mines in Florida, with a production capacity of 1.1 Mt/yr.

After closing, a portion of the property was purchased by private owner Mims Ranch with the intent of selling 18-20 month-old black Angus cows. Since its closure, the property has been targeted by vandals and thieves with as much as $3 million in damages caused to the shuttered plant. There are no plans for the facility at this time.

This is private property. Trespassers will be prosecuted to the full extent of the law.