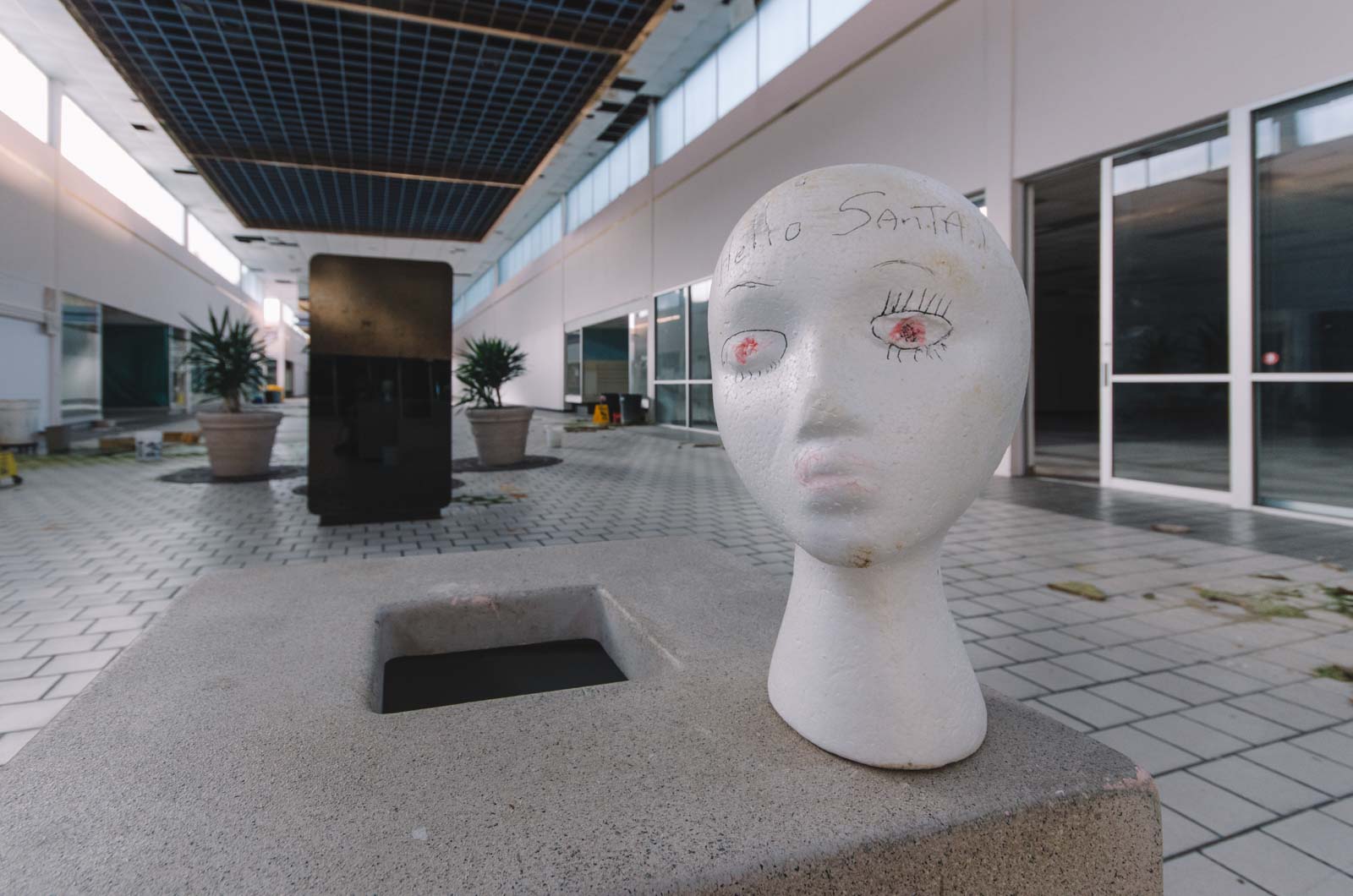 The advent of the human space program in 1961 transformed Titusville in just 10 years from a sandy and soporific town of about 6,000 into a vigorous city of 31,000. The rapid growth inspired the “Miracle City” moniker adopted by the mall’s planners. Miracle City Mall opened in 1968, built on 32 acres and covering 275,000 square feet of floor space. JCPenney and Belk Lindsey(later Belk’s) anchored the mall, with the spaces between them occupied by the likes of Thom McAn (a shoe store), McCrory (a department store), Vogue and Lerner women’s fashions, a Hallmark card shop, Zales Jewelry and a Walgreens with a snack bar. Within a few years, the mall added an outlying building just north of it, containing a twin movie theater and a grocery store.

Bob Socks, a former city councilman, and an original tenant operated an Orange Julius stand in the mall for three years before taking a job as manager of the Walgreens at the other end of the mall. Alden Curfman, newly relocated with his family from North Dakota, was running a Karmelkorn shop in the mall. In 1971, he began leasing the Orange Julius kiosk from Socks and eventually bought the franchise. Curfman’s son, Dave, managed the Orange Julius stand and later took over the business. When the deal with Orange Julius expired, the stand became known as “Dave’s” hot dog stand.

There are speculations as to what caused the mall’s decline, but many agree that Miracle City was hit hard when the Walmart Supercenter opened in 1995. By the mid-2000s, the mall was just a shadow of its former self. Belk’s had left, leaving JCPenney as the lone anchor and only a handful of stores remained. Due to the economic depression, the site showed signs of deterioration as there was barely any maintenance done.

The end of the space program in 2011 was a huge blow to the economy of Titusville and a killing blow to the mall. Due to the health and safety concerns of their employees, JCPenney was forced to vacate at the end of their lease in February 2013. By then, JCPenney’s and Dave’s were the only remaining stores at the mall. With JCPenney gone, the mall officially closed. In 2014, the property was bought by AG Development Group and Exxcel Project Management, Inc., with plans to replace the current mall with a $60 million open-air shopping center called Titus Landing, with shops, entertainment, and restaurants. Demolition began in January 2015. On October 20, 2016, it was announced that Titus Landing’s first retail anchor would be Hobby Lobby. Since then, the new outdoor shopping mall has grown to include Bealls, Epic Theaters, Firehouse Subs, Wayback Burgers, and more.