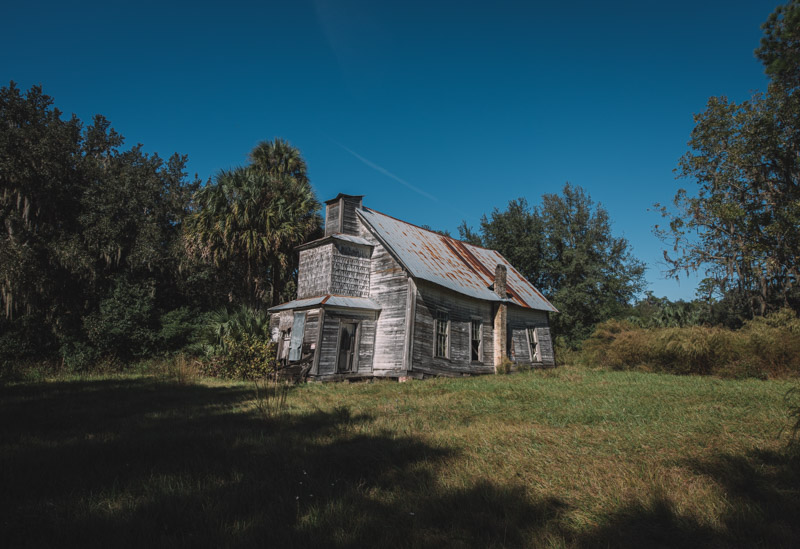 The small town of Island Grove was established in 1882 by W.J. Moore and built the first post office there on February 17, 1884, with Moore as postmaster. The name comes from the fact that the area is surrounded by lakes, ponds, creeks, and other bodies of water and the only ways in and out of the town were by train.

The town had a population of 400 with a graded public school, telephones, both a Baptist and a Methodist church, and a packing plant. With its close proximity to the Florida Railway & Navigation Co. and the Peninsular Railroad, the area was a large fruit shipping point from the local groves owned by Joe Blake, J. Adger and Clark, and G.R. Fairbanks.

According to records, residents worked in a variety of different professions. By 1925, there was W.J. Evans, the postmaster; W.J. Crosby, Justice of Peace; B.L. Clayton, a grocery store owner. Charles Slater sold Real Estate and Charles H. Slater was the town’s butcher. There was also H. Boyles, D.O. Howard and W.P Howard who were fishermen for the town’s small fishing industry. On the outskirts of town at the Antioch Cemetery is the grave of Marjorie Kinnan Rawlings, known for writing the Pulitzer Prize-winning novel, The Yearling.

The Island Grove Masonic Lodge No. 125 building is listed on the National Register of Historic Places and currently operates as a substation for the Cross Creek Fire Department. The Dupree-Crosby House was renovated and the owners tried their best to keeping with the original design. The old Methodist church provided religious services and ceremonies for the local fishermen, farmers, government officials, and citrus growers.

No services have been held here since 1972, and the steeple has been missing since the mid-1980s. Scheduled to be torn down, the owners of the Crosby House stepped in and bought the property, saving the old church. They are also responsible for putting a new roof on the building.