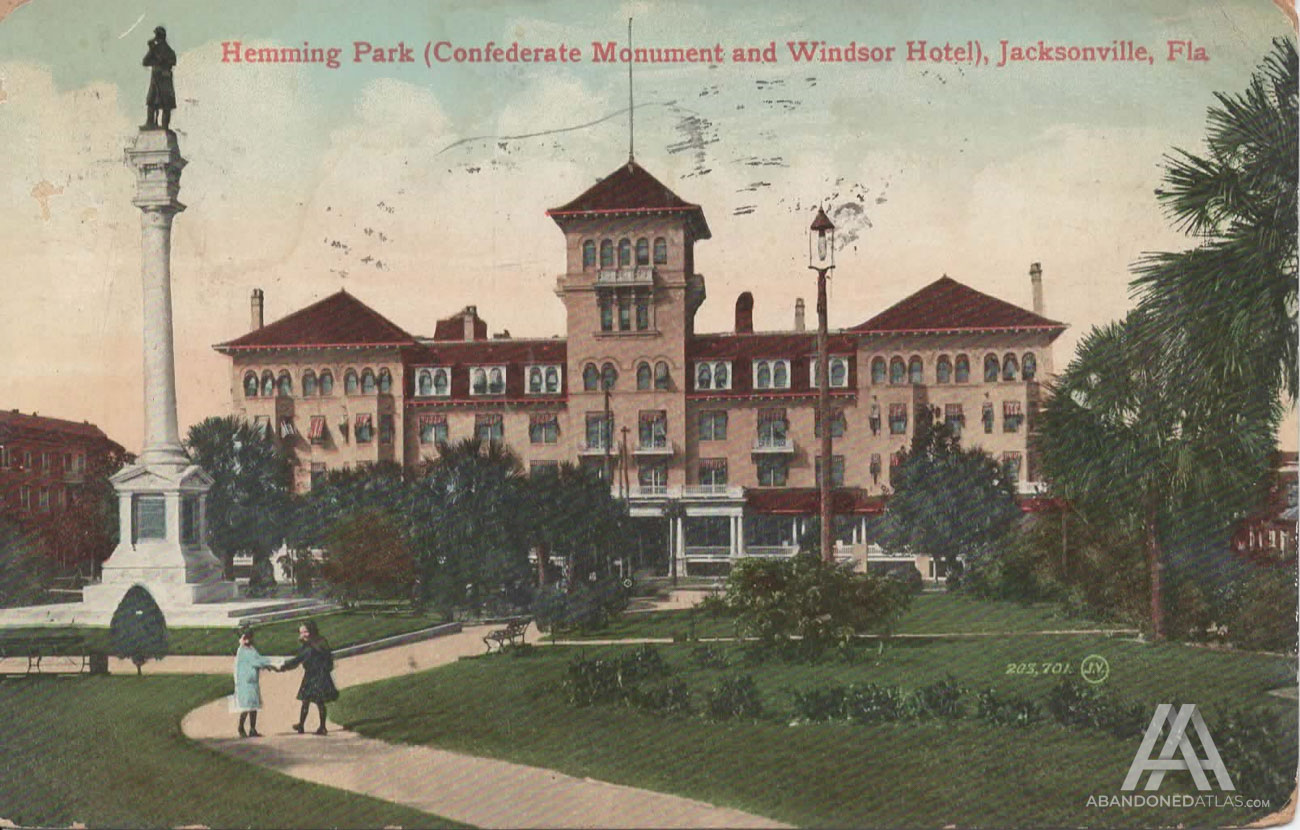 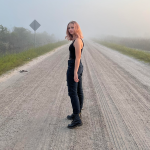 The Windsor Hotel was built in 1875, catching Jacksonville’s tourist boom with a firm grasp. A renowned vacation spot for those looking to escape the cold, Jacksonville saw an average of 50,000 to 73,000 visitors on a yearly basis at the time. The Windsor also was opened to soldiers awaiting orders to Cuba during the Spanish-American War in 1898. Deemed one of Florida’s finest hotels and prized for its unusual architecture, the three-story hotel featured a lavish dining hall complete with an extravagant centerpiece and balcony, spacious rooms, office space, parlors, and a golf course tucked amidst scenic Florida nature.

Built entirely out of wood, the hotel sustained significant damage during the Great Fire of 1901. Owners Abbie Dodge and Frank Cullen constructed a new brick, stone, and steel in a “magnificent Spanish Renaissance style to cover the entire block between Hogan, Monroe, Duval, and Julia streets,” as reported by the Times-Union in 1966. The revamped Windsor featured a red tiled roof, grand columns, and birch and mahogany woodwork.

A brochure put out by the Hotel Windsor said, “The views in this booklet show you the delightfully unusual character of the building and environments, but only a stay at the WINDSOR can bring you a realization of the pleasures to be derived from a Winter in Sunny Florida. Our service is nearly as perfect as we can make it. Our desire—to help you enjoy Jacksonville and Florida.”

Reopened in 1902, it became a hotspot for royalty, celebrities, and presidents, notably Franklin D. Roosevelt, who visited in 1933. Several organizations also held their first meetings in the hotel including the Women’s Club of Jacksonville in 1895, as well as the Jacksonville Rotary Club in 1912, and the Kappa Kappa Gamma Alumni Association in 1942.

As Jacksonville’s tourist boom came to a slow end, the hotel eventually fell to bankruptcy. In its last few years, the hotel became home to sixty retired residents. Deemed one of Jacksonville’s last standing pieces of evidence of fame and popularity, the hotel’s 48-year legacy came to a close with its demolition in 1950.

The property served as a parking lot until J.C Penney and Woolworths built stores at 320 North Hogan Street in 1955. Both stores saw closure in 1980. The Robert Meyer Hotel opened in 1959 and occupied the space facing Julia Street. It featured a marble lobby, 563 guest rooms, restaurants, a jewelry store, and an outdoor pool. It went bankrupt in 1977 and reopened as a Holiday Inn in 1980 before closing in 1982. The building was imploded in February 1998. Today the Bryan Simpson United States Courthouse, which opened in 2003, stands where the Windsor Hotel once stood.

Maya Ponomarenko is a journalism/film student from Miami, Florida. Passionate about urban exploration and its history, Maya has spent the last two years exploring and photographing abandoned places around Florida. You can find her work @r_.route66_ on Instagram.