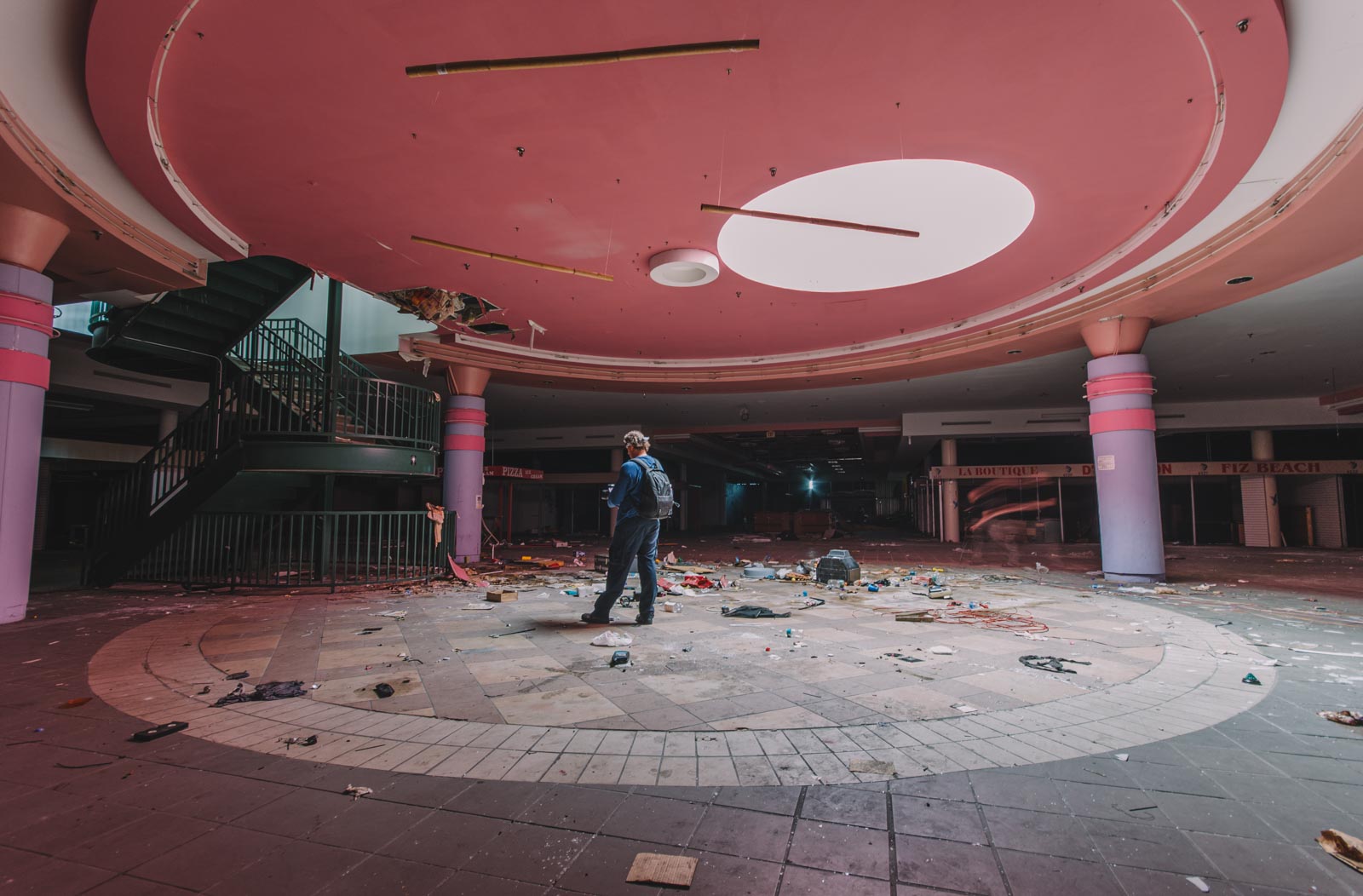 The Hollywood Fashion Center opened on November 1, 1971, with anchor stores Burdines, Jordan Marsh, J.C. Penney, and Richard’s. Zayre would later occupy the former Richard’s space in 1982. Smaller stores included Hallmark Cards, Spencer Gifts, Walgreens and Walgreens Liquor Store, The Plum Tree, and Lillie Rubin. The Hollywood Fashion Center is not to be confused with Hollywood Mall, now known as Hollywood Hills Plaza located about two miles east on Hollywood Boulevard. It should also be noted that this is also not the mall that 6-year-old Adam Walsh was abducted from as that incident occurred at the aforementioned Hollywood Mall.

In the late-1980s, the center started losing many of its tenants, including one of its anchor stores, Jordan Marsh, who filed for bankruptcy in 1990. In 1992, The Pembroke Lakes Mall opened just 6 miles away in Pembroke Pines. Burdines and JCPenney moved to the much larger stores in the Pembroke Lakes Mall later that same year. By January 1993, less than 30 percent of the stores were filled with the now anchor-less mall, forcing the mall’s owners, Hollytor Properties, to file for Chapter 11 bankruptcy to seek protection from creditors. The center was auctioned off in August 1993 and sold to State Mutual Life Assurance of America for $4.3 million. By 1994, the mall was closed and sat empty for the next decade.

On October 11, 2003, the Hollywood Fashion Center briefly reopened as an indoor flea market and renamed The Millennium Supermall “Hollywood’s City Place”. Millennium Development Enterprises signed a 60-year lease with plans to invest over $20 million to remake the mall. Plans included installing a 3,700-foot ice rink, functioning merry-go-round, and over 1000 tenants by the time the mall opened. Although the mall opened to great fanfare, it didn’t last long as tenants became frustrated for the mall had sparse advertisement and no food court. The final nail in the coffin occurred later that year when it was discovered that many of the vendors were selling stolen goods. In December 2003, Swap Shop owner Preston Henn gave vendors at the Millennium Mall an offer, causing 180 of the 600 vendors to leave the mall for good.

The mall closed again in 2004 and since then, there have been many attempts at reopening the mall with plans going no further than just talks. Though the building was boarded up to prevent the homeless and vandals from entering, it hasn’t stopped them from destroying the inside. While some fellow explorers were there, they witnessed a group of kids running amok, shooting paintballs, and smashing glass frames. Along with the vandalism problem, a large colony of bats and an intrusion of cockroaches had made the former JCPenney their home, making the area very toxic. In April 2011, the mall proved to be a danger as a teenage girl fell down one of the elevator shafts. Police say the 14-year-old and about a half dozen of her friends were hanging out inside the mall when the girl fell some 30 feet down an elevator shaft. Instead of calling 911 though, her friends carried her outside and over a wall that separates the mall from the nearby neighborhoods. A neighbor said she was in very bad shape when an ambulance was called, noting that although her eyes were open, she was in shock and couldn’t think or make out words.

In 1996, the mall was considered as the site for a new The Home Depot store, however, these plans never came to fruition. Later that year a portion of the mall became home to a Smart & Final warehouse foods store, which later became a Gordon Food Service with their acquisition of Smart & Final’s Florida stores in 2003. In 2012, it was reported that Walmart was looking into purchasing the mall, to demolish and replace it with a ‘supercenter’. The following year, the owner of the landmark parcel submitted site plans to build a 185,000 square foot Walmart Supercenter along with a TD Bank, a Taco Bell, and a Pollo Tropical. In November 2013, the city’s Planning & Zoning Board approved the plans. The former Hollywood Fashion Center was demolished in early-2014. The Walmart Supercenter opened on April 21, 2016.