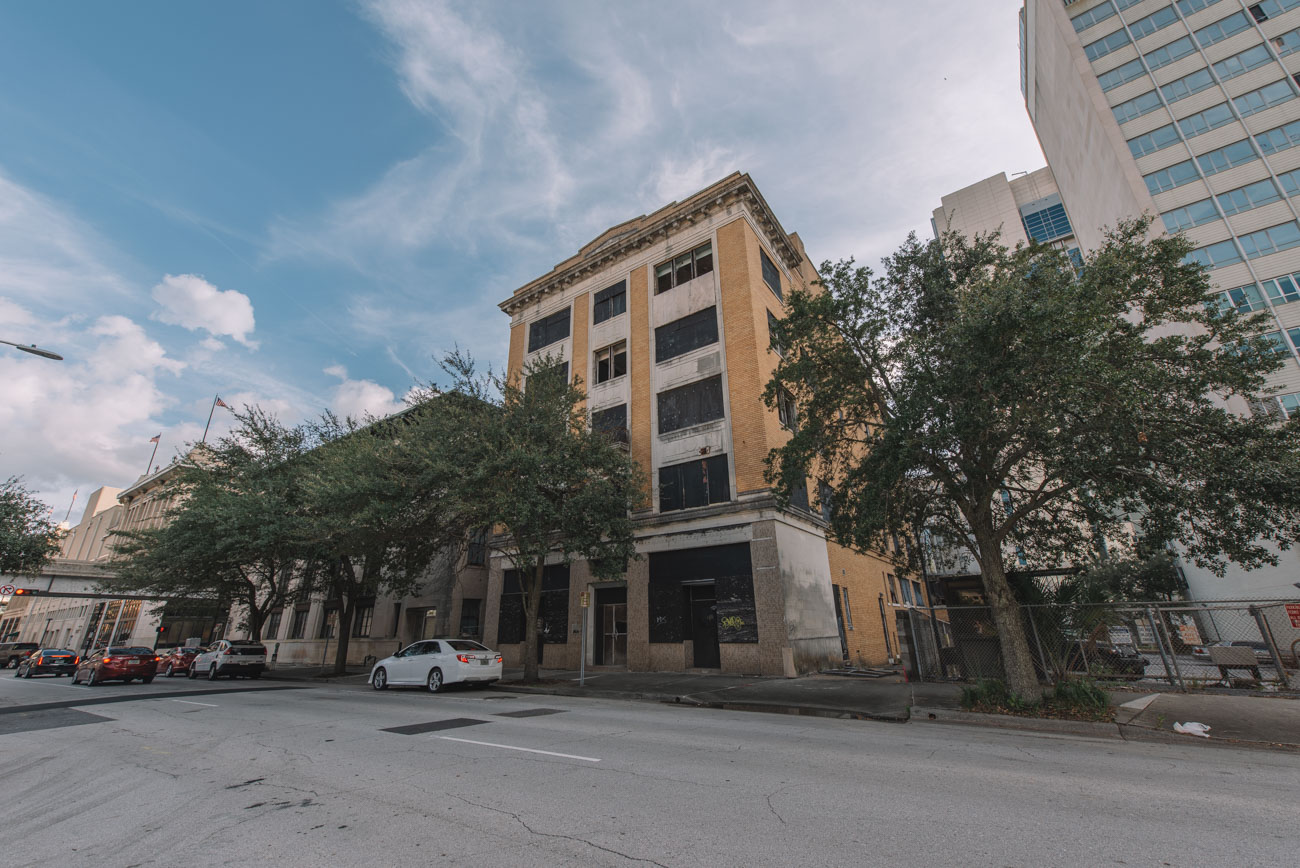 Constructed in 1924, the Florida Baptist Building was designed by renowned architect Henry John Klutho to house the denominational offices of the Florida Baptist Convention and the Witness Press, a church publishing organization. Despite objection by church officials due to the financial risks involved, director S. A. Rogers obtained approval to construct the building that would provide rental income and potential expansion. At the time, no other state convention had constructed their own office building. Unlike Klutho’s other works, this building was not built in the Prairie School style he was known for. Instead, he employed modest classical decorative elements in its façade with a practical approach that characterized commercial design in the 1930s.

At the request of Convention officials, the original four-story structure was designed to permit expansion. Less than a year after its construction, one of its occupants, the U.S. Veterans Bureau, requested additional space, prompting the construction of a fifth floor. Within another year, the Bureau vacated the building following the revelation of the fraud committed during the Harding Administration by Bureau Director Charles R. Forbes.

In 1928, two other federal agencies moved into the third and fourth floors of the building, the Prohibition Bureau and the Intelligence Unit of the U.S. Treasury Department who were in charge of enforcing the eighteenth amendment. The Southern Bell Telephone Company occupied one floor of the building in 1928. The building was renamed the Rogers Building in 1932, serving as the headquarters for several insurance companies including Independent Life, which were in the process of turning Jacksonville into the insurance center of the southeast. In addition, the office of architect Mel Greeley was located here between 1946 and 1954. During this period, he directed the affairs of the Florida State Board of Architecture.

In 1959, the Florida Baptist Convention sold the structure and relocated to a larger site located just south of downtown. At the time of its addition to the National Register of Historic Places in 1984, the building was known as the 218 West Church Street Building and was occupied by Register and Cummings, a Jacksonville engineering firm. In August 2020, it was announced that JWB had purchased the Florida Baptist Building and the adjacent Florida Reserve Bank with plans to develop the buildings into a city block of apartments, restaurants, and retail use.