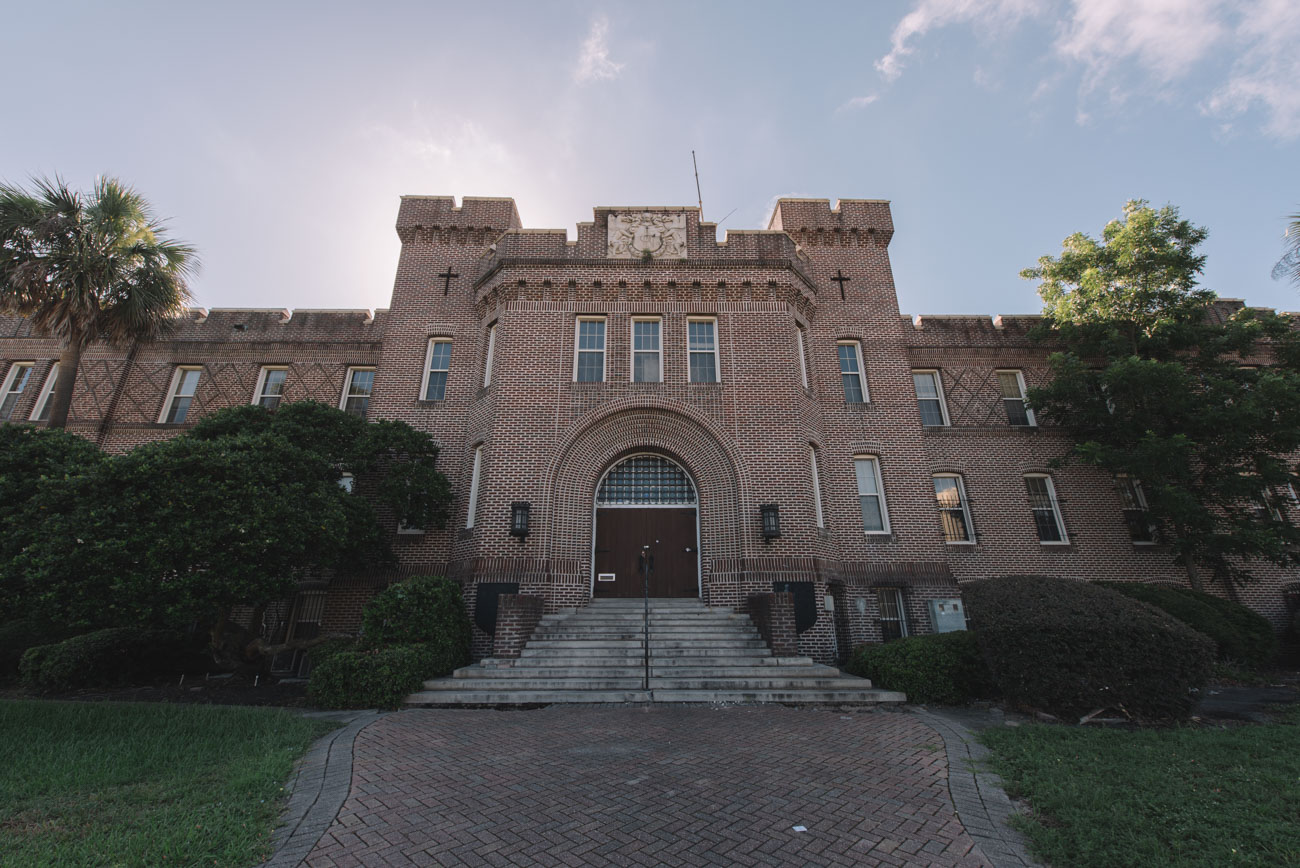 The Duval County Armory was constructed in 1916 at the cost of $150,000 to replace an armory destroyed in the Great Fire of 1901. The Gothic Revival style building was designed by Wilbur B. Talley, one of the founders of the American Institute of Architects, and is notable for having a fortress-like appearance, with its large towers and ramparts. The building contained the state’s largest drill hall, which had a stage and balcony, and was also used as an auditorium. The armory also had a kitchen and mess hall, band room, billiard room, reception area, and a rifle range. The basement contained a swimming pool and a bowling alley.

In 1935, the National Guard passed a rule that reserved the armory for military use on Mondays and Wednesdays, allowing the space to be rented out to the public every other day. For years, the armory played host to a number of concerts, high school graduations, dances, and political debates. Some of the major events included a 1936 speech by First Lady Eleanor Roosevelt, performances by Duke Ellington and Ray Charles in the 1950s and 60s, and the debut of the Allman Brothers Band on March 30, 1969. One of Janis Joplin’s final concerts also took place here in 1970, just a few months before her death.

The venue’s usage declined with the openings of the Jacksonville Coliseum and the Civic Auditorium in the 1960s. When a new armory was constructed in 1972, the building was used to house the City of Jacksonville’s Parks and Recreation Department. In 2010, they relocated to the Ed Ball Building in the city’s downtown, abandoning the armory. There have been a couple of proposals for its usage, such as converting it into a homeless shelter or a museum for the Sons of Confederacy, but none of those were ever approved. Nearly a decade later and still in relatively good shape, the building remains vacant.