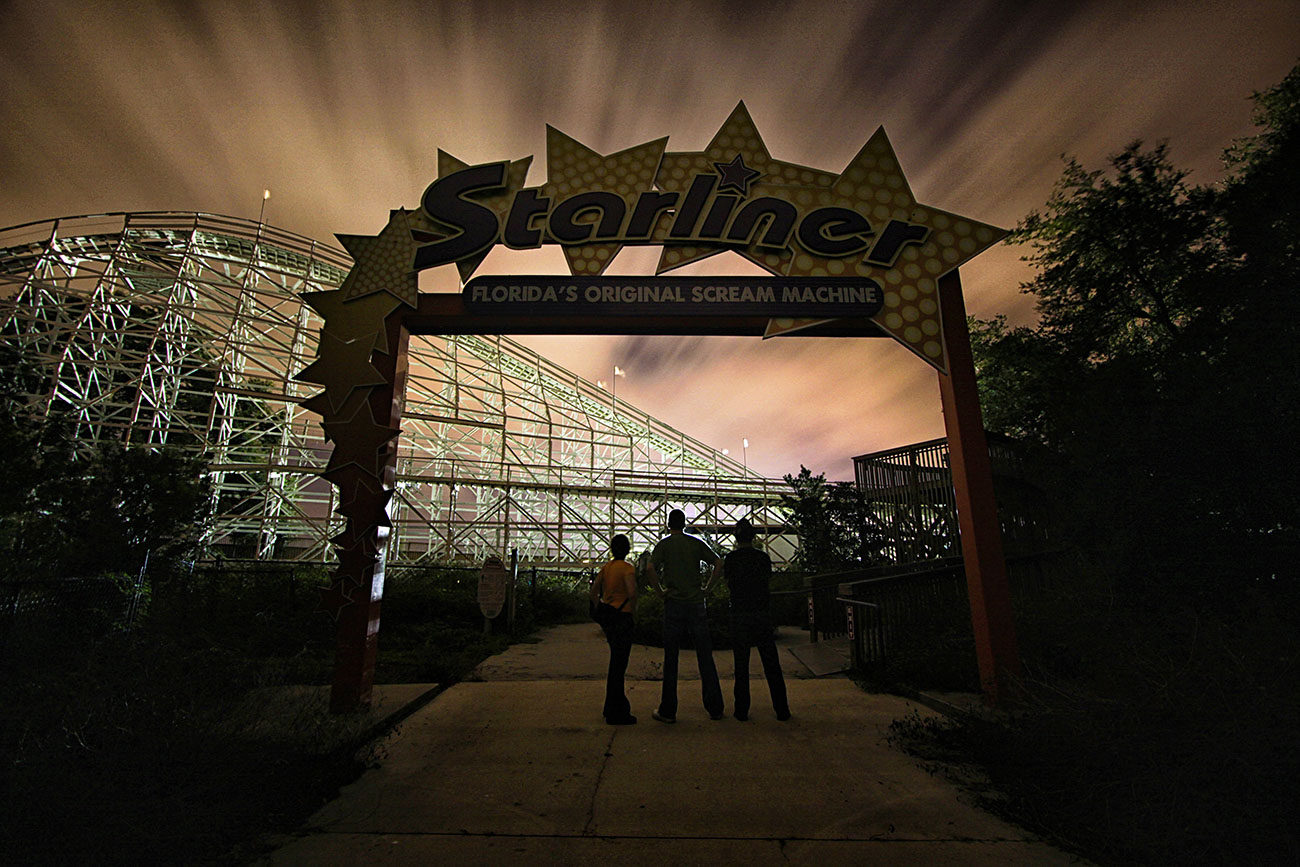 Cypress Gardens opened on January 2, 1936, as a botanical garden planted by Dick Pope Sr. and his wife Julie, billed as Florida’s first commercial tourist theme park. It became known as the “Water Ski Capital of the World” because it was the site for many of the sport’s landmarks firsts and over 50 world records were broken there. Numerous movies were filmed at the park, including portions of This is Cinerama, the first feature film in the wide-screen format, and a string of Esther Williams films and TV specials in the 1950s and 1960s.

In the 1950s, the Southern Belle attraction was introduced in which young women dressed in the crinolines reminiscent of the Antebellum South. In the early 1960s, a custom photography boat named Miss Cover Girl was introduced, and the park became a popular site for the filming of television commercials. The Popes retired in the early 1980s and transferred the park to their son, Dick Pope Jr.

Competition for guests had increased ever since the Walt Disney Resort opened in 1971. In the 1980s, book publisher Harcourt Brace Jovanovich purchased the park along with Seaworld, Circus World which would be immediately close and open as Boardwalk and Baseball, and the Stars Hall of Fame. Cypress Gardens was later sold to Anheuser-Busch in 1989 and would continue to operate until April 1, 1995, when a group of the park’s managers, led by Bill Reynolds, bought the property.

The park continued to operate until it closed on April 13, 2003, falling victim to the tourism decline following the 9/11 terrorist attacks. Following its closing, Friends of Cypress Gardens was founded and led by Burma Davis Posey. They enlisted members throughout the entire United States and in other countries and within three and a half months they were able to raise $13,500,000, saving the park.

On February 22, 2004, Adventure Parks Group purchased the property and renamed it Cypress Gardens Adventure Park. The initial plan was to open in September 2004 but that was delayed by damages created by Hurricanes Charley, Frances, and Jeanne. The park finally opened in November 2004 and the adjacent Splash Island water park in 2005. The park included many roller coasters including the Triple Hurricane which was named after the hurricane season which delayed its initial opening and later, the Starliner which operated at the Miracle Strip Amusement Park in Panama City.

In September 2006, Adventure Parks Group filed for Chapter 11 bankruptcy after sustaining over $30 million in damages due to the 2004 hurricane season which they never recovered from. Land South Holdings purchased Cypress Gardens at the bankruptcy auction on October 16, 2007, for $16.9 million, taking over operations of the park.

On November 10, 2008, it was announced the park would temporarily close, and was shut down on November 17th that same year. Cypress Gardens and Splash Island reopened on March 28, 2009, however, the rides did not operate or were already removed and the animals were gone.

It was announced on September 23, 2009, that the park would be closing immediately, saying they have explored every option to keep the park running and were unable to find a way to keep it open. Merlin Entertainments bought Cypress Gardens on January 15, 2010, with the intent to use the site to build the fifth Legoland which opened on October 15, 2011. A portion of Cypress Gardens was preserved and was added to the National Register of Historic Places on April 14, 2014.