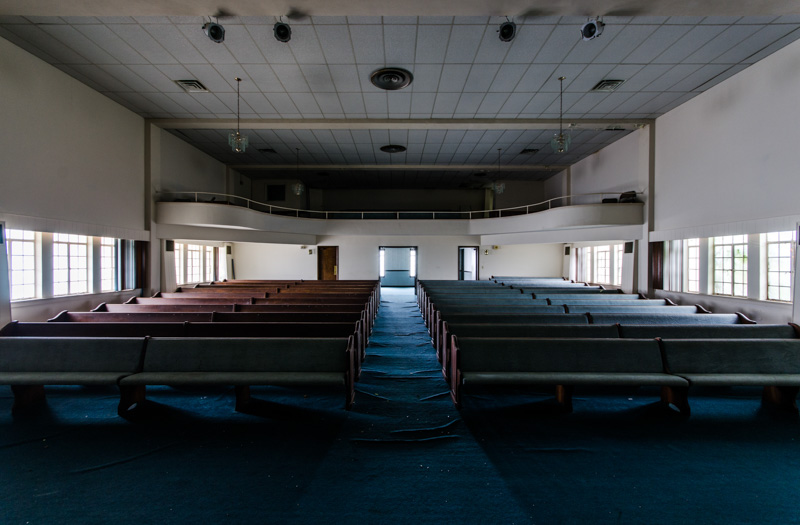 Located at the southwest corner of Ridgewood St. and Cathcart Ave., this religious building serves as a record of Orlando’s residential and spiritual growth during the Land Boom Period of the 1920s.

Built in 1928, the sanctuary has performed as a starter sanctuary for several new congregations of various denominations in the last several decades. The Diocese of Orlando received the building as a gift in 1999 with the intent to use it for school activities for the nearby St. James Cathedral School. Administrators felt the building wasn’t safe for students and ceased to use the building for a number a years.

Since then, the building has been vandalized, used as a homeless squatter’s shelter, and suffered roof damage. Administrators have worked with members of the neighborhood association to discuss the future of the building. Along with the Belleview Biltmore Hotel and Laura Street Trio, Central Christian Church was listed on the Florida Trust for Historic Preservation’s 11 Most Endangered Sites in 2012 after an application to demolish the building was withdrawn.

In June 2014, the building was sold to Cathcart LLC by the Diocese of Orlando and has since been renovated into townhomes which the developer has called, Samsara.