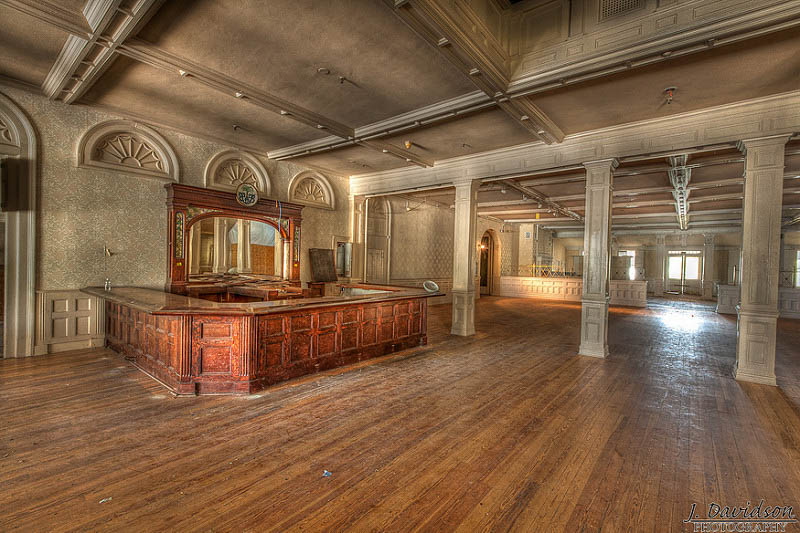 The Belleview Hotel, as it was initially known, was constructed by Henry B. Plant as a resort destination to boost tourist travel on his railroad line serving the west coast of Florida, which he had acquired in 1893 as part of his expanding Plant System network of railroads. The Atlantic Coast Line Railroad, which absorbed the Plant System lines in 1902, continued to operate the Pinellas Special train from New York City to a siding on the hotel’s property in the 1920s.

During World War II, the hotel served as lodging for servicemen who were stationed at Macdill Air Force Base in Tampa. In the 1970s and 1980s, the aging hotel began to decline as changing travel patterns and intensified competition from newer beach-front motels caused significant losses. In preparation for his 1976 Rolling Thunder Revue tour, musician Bob Dylan spent much of April rehearsing at the Belleview Biltmore with his troupe. Band members included Roger McGuinn of The Byrds, violinist Scarlet Rivera, and folk queen Joan Baez. Dylan would eventually play two shows on the 22nd in the hotel’s Starlight Ballroom.

A Japanese company, Mido Development, purchased the hotel in 1991 and made many repairs and additions, including a new spa area and entrance, later selling the property to hotelier Salim Jetha in 1997. The addition was made to create a more modern appearance upon entry, At the same time, the fifth floor of the building was closed off and left in a varying state[clarification needed] of disrepair. In 2001, attempts were made to restore common areas and guest rooms continuing on to 2004. During the summer of 2004, the hotel suffered a glancing blows from hurricanes Jeane and Francis, causing severe damage to an already deteriorated roof, setting the plans to fully restore the building into limbo. Tom Cook Construction Inc. was hired to place protective coverings over the building while plans were made to replace this part of the building.

In late 2004, DeBartolo Development Group offered to purchase the property from Belleview Biltmore Resort, Ltd., then owned by Urdang and Associates, to demolish the hotel structure and replace it with retail shopping and condominiums. The proposal was withdrawn in January 2005, however, after public outrage over the plan, the developers citing lack of public support. However, in April 2005, published reports said that the DeBartolo group was once again planning to purchase the hotel, and had it under contract with Urdang and Associates, raising concerns among historic preservationists when it was disclosed that DeBartolo had filed a demolition permit application with the town of Belleair to demolish the Belleview Biltmore.

Preservationists argued that measures to protect historic structures should be adopted by Pinellas County or the town of Belleair, citing hotels elsewhere of similar age which have been successfully restored while offering updated services and amenities, such as the Grand Hotel on Mackinac Island in Michigan, the Hotel del Coronado in San Diego, and the Williamsburg Inn in Williamsburg, Virginia.

On March 9, 2007, the St. Petersburg Times reported that Legg Mason had entered into a purchase contract for the hotel, with the intent of preserving it. “Executives with Legg Mason Real Estate Investors would not disclose the proposed purchase price or the closing date, but said in a written statement they had a contract to buy the resort and intend to preserve the 110-year-old hotel,” the Times reported. Legg Mason engaged the services of historic preservation architect Richard J. Heisenbottle, FAIA to prepare restoration and re-development plans for the project. In May 2008, the Town of Belleair approved Heisenbottle’s plans to restore and expand the hotel, which included a new spa and underground garages, following the purchase of the property by Legg Mason Real Estate Investors (now Latitude Management Real Estate Investors) for $30.3 million.

On January 29, 2009, it was announced that the resort would close at the end of May for the three-year, $100 million renovation project, reopening in 2012, the hotel’s managing director said. Following the hotel’s mid-2009 closing, however, an attorney for owner Latitude Management said that the renovation work has been stalled due to litigation by nearby residents, who object to some aspects of the re-development plans. Meanwhile, the Belleair code board voted on November 2, 2009, to begin fining the owners of the now-closed hotel $250 per day for failure to repair the hotel’s “dilapidated and deteriorated” roof.

In 2010, it became very apparent that the Legg-Mason plan would not come to pass, due to the economy. Legg-Mason backed out of its plans to restore the Hotel and re-open it. The hotel went back on the market. In 2011, a group of investors, the Ades brothers, from Miami, had begun to purchase the hotel.

On March 3, 2012, architect Richard Heisenbottle and two partners formed Belleview Biltmore Partners LLC and signed a sales option agreement with the current owner, Raphael and Daniel Ades, and the group is trying to raise capital to buy the hotel and restore it.

On August 8, 2013, a newspaper article stated that the owners proposed a plan to demolish the hotel and replace it with 32 townhomes and 136 condominiums in an architectural style reflecting the original hotel. Owners later stated that plans to save the hotel from demolition are dead after Belleview Biltmore Partners failed to come up with the money to purchase the property by the October 31, 2013 deadline. Heisenbottle said he will continue with efforts to purchase the property.