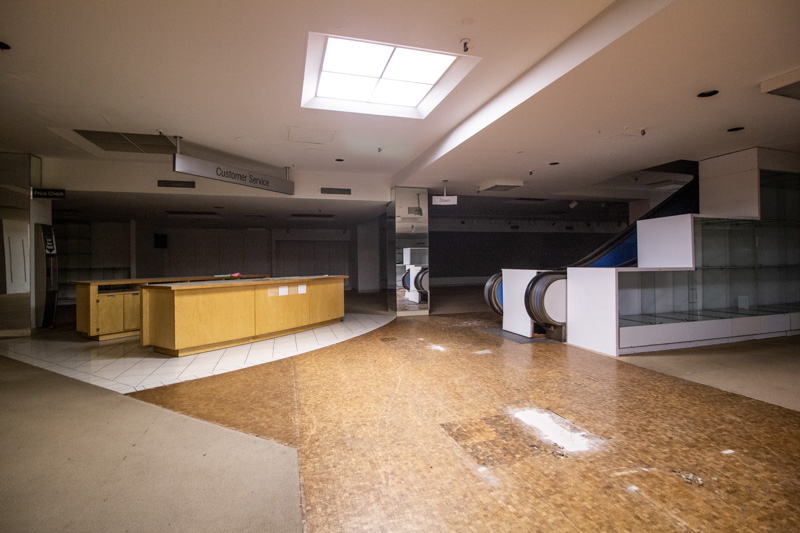 Burdines was a department store chain operating in Florida with its flagship store located in downtown Miami. Its origin dates back to 1897 when Henry Payne and William M. Burdine opened a dry goods store in Bartow, Florida. Payne left the business a year later, and Burdine brought in his son, John, as a partner and changed the name of the company to W.M. Burdine and Son.

In 1898, William Burdine sent his son to Miami with a wagon full of men’s goods to sell to the 7,500 soldiers at Camp Miami who were preparing to fight for Cuba’s independence from Spain in the Spanish-American War. Burdine was extremely pleased with the business he did in Miami and moved his operation from Bartow, opening a new store on Flagler Street. The store was a small frame shack resembling a frontier trading post stocked with work clothing, bolts of calico cloth, notions, and piece goods.

William Burdine died in 1911, leaving the business in the hands of his sons with Roddey Burdine taking the reigns. At the time, the store has grown to have 15 employees and containing 5,000-square-feet of floor space with an average yearly gross of $250,000 in sales. In 1912, Roddey Burdine built Miami’s first skyscraper. The new building was five stories tall and was Miami’s first store with air-conditioning and steel escalators. Under his leadership, the business continued growing, eventually expanding with the opening of its first branch store in 1926 in the Roney Plaza Hotel in Miami Beach.

The old building on Flagler Street was torn down in 1938 and a new building was erected in its place. A five-story annex would later be built in 1948 across the street, connecting the two buildings via underground and overhead passageways. It was around this time that Burdines opened an international mail-order program that served Latin America resulting in a rise of popularity for the company.

In a hostile takeover, Robert Campeau, a Canadian real estate developer, acquired Allied Stores Corporation 1986 who at the time owned Jordan Marsh, Maas Brothers, and dozens of other department stores. Campeau followed that up by taking over Federated Department Stores in 1988 and merging both corporations. Following the takeovers, Campeau failed to refinance the debt of both Allied Stores Corporation and Federated Department Stores resulting in Campeau filing for bankruptcy in 1991. Under bankruptcy reorganization, Jordan Marsh Florida, Maas Brothers, and Burdines were consolidated under the Burdines name. Federated Department Stores emerged from bankruptcy, merging with R. H. Macy & Co. as they had also filed for bankruptcy. On January 30, 2004, Burdines was renamed to Burdines-Macy’s and a year later, the Burdines name was dropped altogether.

The former Burdines flagship store in downtown Miami operated under the Macy’s name until 2018 when it was closed down as part of a restructuring of the department store chain. In August 2019, it was announced that a construction permit was finalized for a new Ross store in the building as one of their current stores located nearby is scheduled to be demolished.

I remember going to Burdine’s every year in the 1950’s and 60’s. We’d shop the after-Christmas sales and go on the rooftop to the rides (crack-the-whip, ferris wheel, roller coaster…). As a child, it was the highlight of my life. So sad to see it was taken over and finally the name Burdine’s was dropped.

My mother, Martha Helen McKeel, worked at Burdines in the early 50s. I would love to find out if there is anyone still in Miami that remembers her!