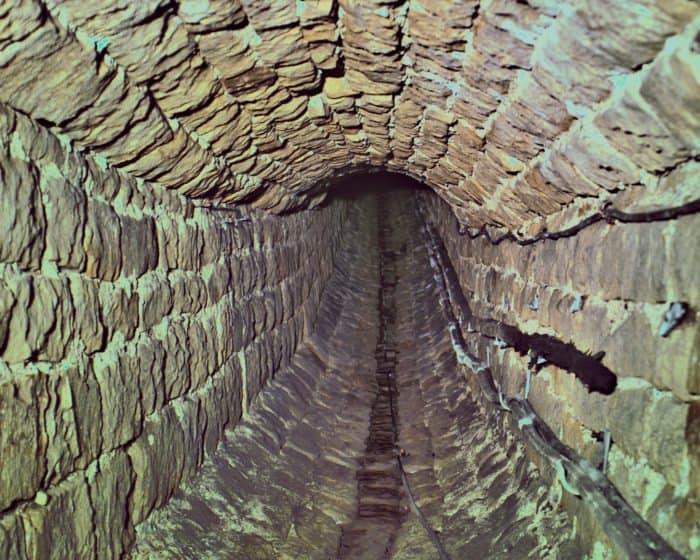 The Ybor City smuggling tunnels are perhaps one of the greatest urban legends in Tampa, miles of tunnels underneath the city are rumored to have been used during the prohibition era to move liquor between speakeasies as well as to smuggle Chinese women to be sold into prostitution.

The story starts on March 10, 1880, with the birth of Charles McKay “Charlie” Wall. His parents were Matilda McKay, the daughter of a former mayor, and Dr. John Perry Wall, a former Mayor of Tampa, civic leader, and highly respected physician who devoted his medical career to studying yellow fever and other communicable diseases. Many sources indicate the death of his father as the breaking point for young Charlie Wall as he would end up shooting his stepmother with a .22 rifle and wounding her, resulting in him being sent to military school. He would then be expelled from military school for visiting a brothel. He spent his formative years in the gambling halls of Ybor and West Tampa where he learned the trades of the criminal underworld.

In the early-20th century, Wall controlled a number of gambling, prostitution, and illegal numbers rackets, mainly Bolita. Bolita is a lottery-type game that involves 100 small numbered balls mixed in a small bag, and bets are taken on which number is drawn. The game could be rigged in a variety of ways such as having extra balls of a given number or none at all, filling certain balls with lead so they would sink to the bottom of the bag, or putting certain balls in ice beforehand so they would be cold and therefore easy for the selector to find by touch. Though the game was illegal in Florida, thousands of dollars in bribes to politicians and law enforcement officials kept the game running out in the open.

The first Italian gang in Tampa was created in 1925 by Ignacio Antinori, one of the first mobsters to emerge in Florida during the Prohibition era. He soon met Santo Trafficante Sr., a powerful mobster who had set up Bolita games throughout the city, and together with Antinori, expanded the Bolita games across the state. By the 1930s, Antinori was a well-known drug kingpin and the Italian crime boss, having one of the largest heroin trafficking operations in the country. By this time, Ignacio Antinori and Charlie Wall were in a bloody war that would later be known as the “Era of Blood”. The feud ended on October 22, 1940, when Antinori had the back of his head blown off with a sawed-off shotgun while sipping coffee at the Palm Garden Inn in Tampa. The gunmen were not associated with Wall, but rather a dissatisfied customer, the Chicago Mafia, to who Antonori refused to refund a bad shipment of narcotics.

The war left Wall’s organization weakened leaving Santo Trafficante Sr. as one of the last and most powerful bosses in Tampa. Trafficante had control of most of the city and began teaching his son Santo Trafficante Jr. how to run the city. Trafficante Sr. knew he was being watched by police and after Charlie Wall’s testimonial at the Kefauver hearings, both Trafficantes fled to Cuba. After the hearings, the Trafficantes returned to Tampa and retook control of the city after killing Jimmy Lumia who controlled the city while they were in Cuba. In 1953, Trafficane Jr. survived an assassination attempt and suspected it was Charlie Wall. In April 1955, Wall was bludgeoned with a baseball bat and his throat slit in his home by an unknown number of assailants most likely sent on behalf of Trafficante Jr., a bloody end to Tampa’s first organized crime boss.

There’s no doubt that tunnels do exist under Ybor City but their purpose is highly debated. The most common belief is that bootleggers or the Tampa mafia dug the tunnels under many of the establishments along the Ybor City’s main drag, connecting them to the port allowing easy smuggling of shipments of liquor in and out of the city. This belief was further made popular in Scott Dietche’s book “Cigar City Mafia: A Complete History of the Tampa Underworld” where he says, “Under the crowded streets of Ybor is a series of tunnels, the use of which has never been fully documented. The tunnels run under some of the early gaming palaces and down along the streets toward the port of Tampa.“

In late-2018, a tunnel was unearthed at 12th Street and Sixth Avenue during the beginning phase of development for a new headquarters for Masonite International, a manufacturer of interior and exterior doors. It was five feet tall and just as wide, the walls and ceiling were made up of three layers of brick with flooring made of wood. The Tampa Bay Times reported on the discovery with the headline “Historians now agree: Ybor City’s tunnels were built as sewers, not smuggling routes.” According to many historians, the tunnels were built sometime between 1885 and the late-1890s as a storm and sanitary sewer, around the time Charlie Wall was still a young boy.

It resembled other dual-use sewers built in other cities during the 19th Century and had pipes dating back to that period, although it also had newer storm pipes from as recent as the 1970s and 1980s. Carlos Alfonso, an architect based in Ybor City and founder of Alliant Partners, the development company in charge of construction, says a 1927 plan has the tunnel labeled as a stormwater sewer. That’s not to say the old sewer system couldn’t have still been used during Prohibition by smugglers, but there’s zero evidence to back up the claim that they were used for smuggling.

In 2011, a portion of the tunnels was uncovered at the Southwest corner of 15th and 7th Avenue after heavy rains flooded the area. That corner was the site of the former Blue Ribbon Supermarket which burned down in August 2000 shortly after being purchased by a developer. The Blue Ribbon and the tunnels underneath the building were the focus of a 1994 news segment by WFLA-TV News Channel 8, where reporter Jeff Paterson receives a tour of the tunnels by the Blue Ribbon’s owner’s nephew.

The building the Blue Ribbon Supermarket was housed in was first built as the Ybor City Post Office sometime around the 1880s which begs the question if these tunnels were actually dug by bootleggers, why would they build an entrance into a federal building? If that was the case, the city and for that matter, the federal government would have had to of been involved in the construction of the tunnels. If that was also the case, why would those bodies of government even need smuggling tunnels in the first place if they ran the city and country, and were the ones who passed the 18th Amendment? The answers are simple and give credence to the belief that the tunnels were not built for smuggling at all. One other thing that should be pointed out is that Tampa at the time was so full of corruption that mobsters wouldn’t even need to hide their business. In 1912, a Jacksonville newspaper wrote, “Tampa is reeking in crime, and gamblers operate openly. Tampa is the most wicked city in the U.S.”

In December 2018, Seminole Heights homeowner Marina Terracciano gave Fox 13 a tour of her historic home built in 1925. Under the house are what appear to be blocked entrances which she claims to open up into tunnels, one going under the Hillsborough River and another towards Ybor City. Her neighbor told her that he went into one of the tunnels, the one going under the river, got scared after walking for 20 minutes, and turned back. There is no proof that these tunnels exist other than Terracciano’s testimony.

The two images above have been shared across social media as being photos from inside the tunnel underneath Ybor City. One post on Facebook reads, “Rare pictures of the hidden tunnels under Ybor city dating back before the prohibition era. As well as transporting booze to taverns, some say they were once used to Shanghai victims into maritime servitude.” The photos referenced were taken from an article on the website, Tampa is Awesome (which no longer exists), an extremely short read about the supposed tunnels and their connection to the mafia.

After a bit of digging, I was able to trace the origins of the photos. The first image (left) was taken by Flickr user “mookitty” (whose account has since been deleted) inside the Haydenville Tunnel in Haydenville, Ohio. The second image (right) was taken by Flickr user jcw1967 of the inside of a tunnel in Leeds, West Yorkshire, UK. Why the photos were paired along with information about the tunnels is uncertain but it’s most likely a deliberate attempt to make their story more interesting. Other websites such as Only in Your State have followed suit in spreading these photos as proof of the tunnel’s purpose and existence.

To my knowledge, there are not many photos from inside these tunnels and all we have are these brief 2-3 minutes news segments. While I do believe tunnels exist and at least once existed underneath Ybor City, I do not believe they were used by rumrunners. The legend probably came about naturally due to Al Capone’s presence in the Tampa Bay area and the existence of the Moose Jaw tunnels in Saskatchewan, Canada. The story goes that rumrunners would use the Moose Jaw tunnels to smuggle liquor onto freight cars which in turn ended up in Chicago for Al Capone’s massive bootlegging operations. It’s not hard to imagine that those rumors helped create the legend of the Ybor tunnels.

Although the Ybor tunnels are just sewers, they remain fascinating to me and I hope to one day be able to document these tunnels but as more portions get filled in and entryways are blocked off due to increasing construction, it seems I will never get a chance. So like you, I will continue on exploring the tunnels through what little documentation we have on them.