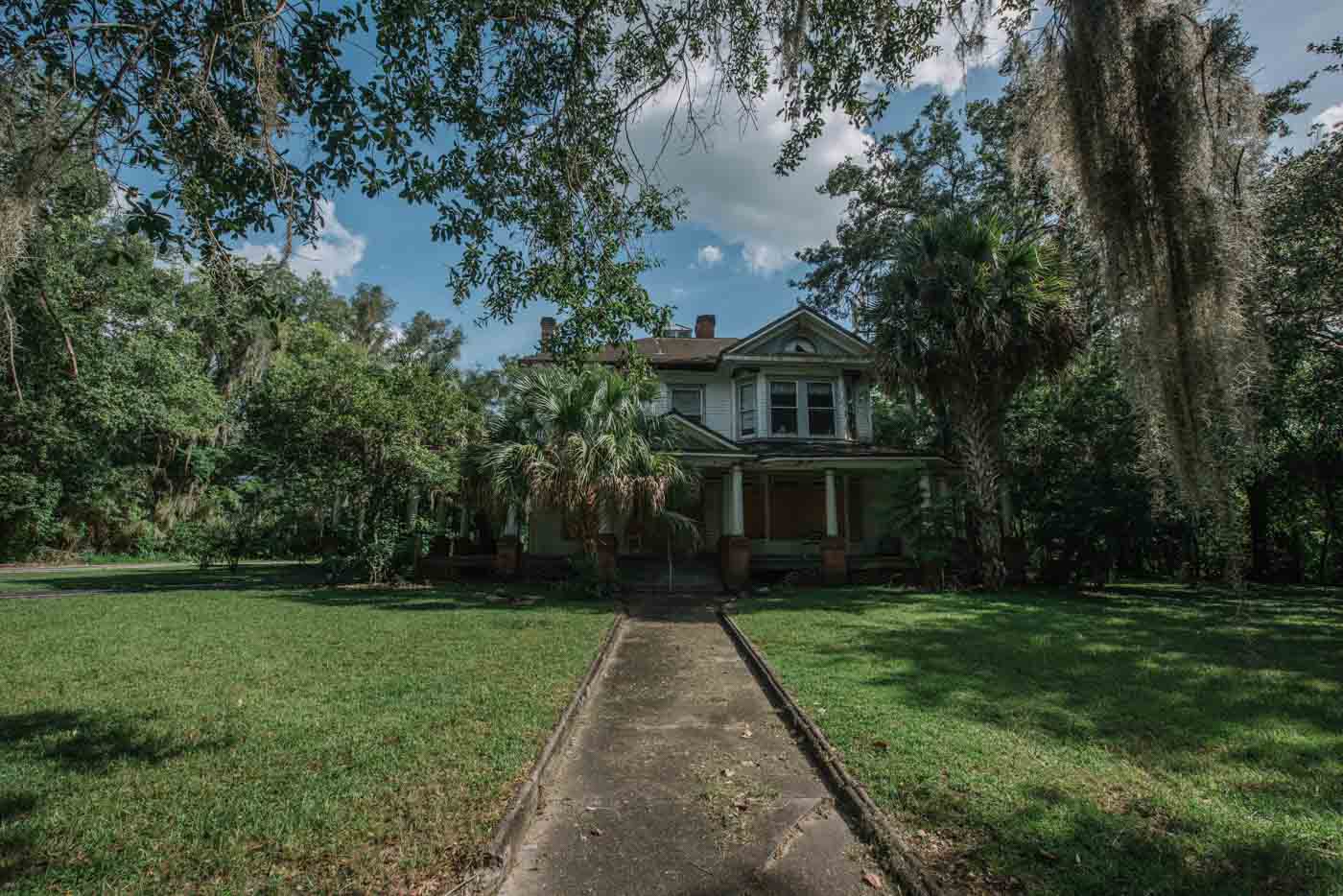 Born September 17, 1847, William Nelson Camp was an innovator and a brilliant businessman having many timber interests in Virginia and even having built a hydroelectric power plant in Roanoke, Virginia to power his operations. William and his wife, Texanna Gay “Texie” Camp, moved to Florida and settled in Albion, a small settlement located Northwest of Gainesville, in 1891 and although it was timber that initially brought the Camp family to Florida, it was phosphate that enticed them to stay.

William began by purchasing promising phosphate properties in Levy County, Citrus County, and the Dunnellon area. He also saw the necessity of lining up contracts early on not only with European outlets but local outlets such as the Calumet baking powder company. Although phosphate was primarily used for agriculture, he was also able to find other markets in need of phosphates such as sulfur matches, toothpaste, detergents, and medicine. William went on to develop a port in Fernandina where train cars loaded with phosphate made their way to ships bound for Europe. He also built yet another hydroelectric power plant, this time on the Withlacoochee River, and harnessed that power for steam shovels and engines used for mining phosphate. The power plant was sold in 1911 to the newly formed Florida Power Corporation for $1,500,000.

In 1903, the Camp family moved to Ocala and built a large Victorian house in what would become known as “Camp Heights” as many Camp family members would later build homes there as well. By 1907, William Nelson Camp was Florida’s largest landowner, with around 150,000 acres to his name. Much of downtown Ocala at the time, including the land City Hall is currently located on, used to be owned by the Camp family. William and Texie’s eldest son, Clarence, was an avid golfer who owned a nine-hole golf course, having built a clubhouse amongst the oak trees which stands to this day. William also owned 17,600 acres between Ocala and Gainesville known as Payne’s Prairie, which passed on through the family until 1970, when it was sold to the state and is now recognized as a National Natural Landmark.

William died in 1911 and family members continued to live in his home until the 1940s when it was sold to Dr. E.G. Lindner, a member of a pioneer Marion County medical family and the county health officer. He and his wife lived in the home into the 1950s until his death. Mrs. Lindner continued to live in the home until her death, and the property changed hands multiple times until it was bought by the Ritterhoff family in the 1980s. The William Camp home was divided into individual apartment units, and the old servants’ quarters were also turned into rental properties.

By 2011, the house had fallen in disrepair and had been at risk of being demolished due to lack of maintenance. In 2014, the William Camp House was listed on the Florida Trust’s 11 to Save, a list of the most threatened historic properties in the state. While there was much news coverage at the time about the home due to its inclusion on the list, the same cannot be said in February 2021, when the house was quietly demolished with little to no coverage on the loss of such an important piece of local history.