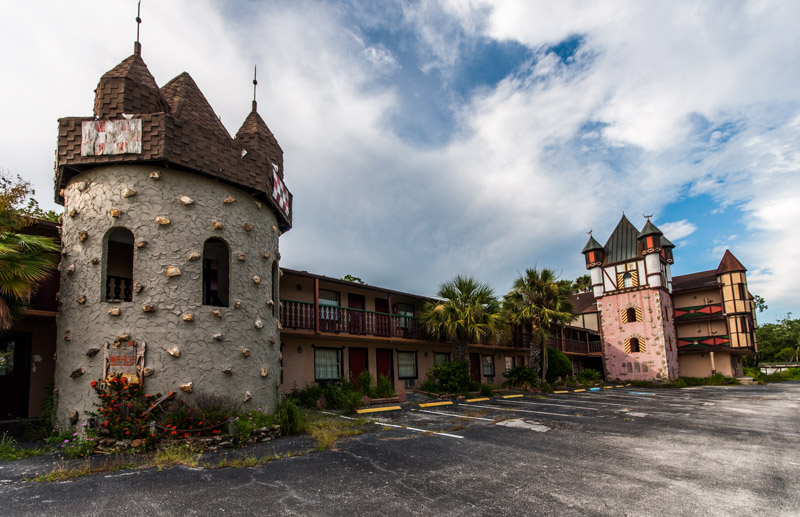 Located on Hwy 192 in Kissimmee, the Viking Motel opened in 1992 during the height of tourism in the area.

According to their website, they offered free wi-fi in all of their rooms, cable television with all the local channels and 3 HBO channels, and the rooms are cleaned daily with environmentally “green” cleansers. They eventually added a miniature golf course next door.

They had also pride themselves on the wonderful reviews that had gotten since opening. Since there isn’t much history, let’s read some…

“8/4/06-THE FIRST AND ONLY THING I HAVE TO SAY ABOUT THIS PLACE IS THAT THEY ARE NEEDING TO FIND NEW FRONT DESK CLECKS FOR THE NIGHTS!Rude will not even come close to telling the horrors that i faced when checking out the other night. The young man working at the desk was into playing on the computer more than talking to me to see what the problem was, and the lady that was with him was more worried with what he was doing at the time. If not for them it would not be a bad motel, maybe in the future when the owners wise up and them two are gone the place will be ok. But for now sadly no time in the near future will i be staying at the viking motel.”

“12/18/09-Liked um, the constant employee drunken rampages all day all night. The Motel is home to quite the elite group of “men.” The gay crack-head always fun for late nights out in the ghetto of Orlando FL, or the “Viking’s” most hoarded, wreched, disturbing, and uncleany drunks and possible a giant vermit man. Thiss array allows the vistor a look at what happens truly when u DON”T say NO to DRUGS!!!!”

Well, what did you expect for $35 a night? The motel closed down in 2010, another victim of the economic depression. It remained vacant until it was demolished in 2013 and remains an empty field to this day.