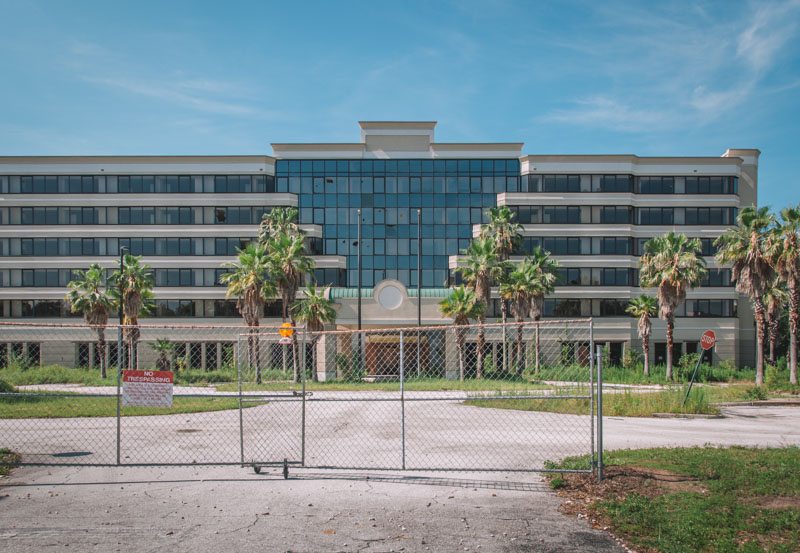 The Venturella Resort and Spa started out as the Riu Orlando Hotel in 1988, a 3-star hotel with the luxuries of a 4-star luxury resort, at least that’s how it was marketed as. It was situated close to many of the attractions and parks in the area, such as Ripley’s Believe It or Not, Seaworld Orlando, Walt Disney World, and Dolly Parton’s Dixie Stampede. Over the years though, the building required remodeling as guests complained of mold in the showers, bugs in the hotel rooms, outdated decor, and bad service.

In late-2007, Marcus Hotels and Resorts announced it was taking over management of the property which was undergoing a $22 million renovation, with plans to reopen in mid-2008 under the new name, Venturella Resort and Spa. The newly renovated 115-room hotel was to feature a Mediterranean/Tuscan theme, two restaurants, a lounge, and a spa, as well as more than 7,000 square feet of meeting space. The property was to also feature new landscaping, including a lake with a beach.

Work on the Venturella Resort was halted mid-renovation. Construction on the building resumed sometime around 2014 and while construction was slow, it was still moving along. Finally, in August 2016, the hotel reopened as a Hyatt Place. Unless you know what it looked like before, the new hotel is unrecognizable from its original appearance as the glass facade has been given a more modern facelift.