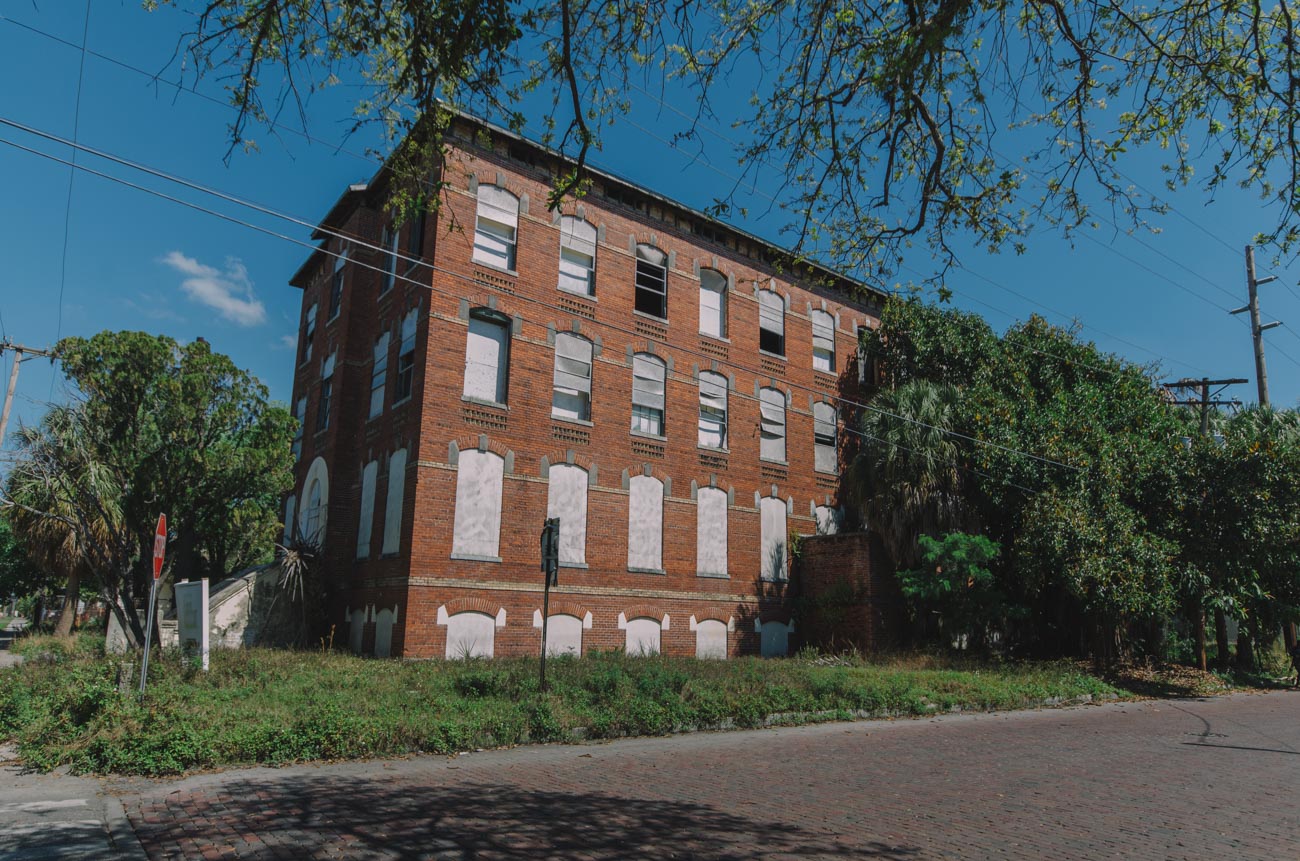 Later known as the V. Guerreri Cigar Factory, this three-story 27,462 square foot cigar factory located at 201 N 26th Street in East Tampa was built in 1899 for the V. Guerra, Diaz Cigar Company, owned by Frank R. Diaz and his uncle Vicente Guerra, a Spanish immigrant from Rennes, Asturias who had arrived in Tampa in 1894. Guerra and Diaz had operated their factory at the Jose Escalante & Company Corina Factory located just a few blocks from this location until 1899 when the Cuban American Cigar Manufacturing Company acquired the Corina factory and made Guerra its Vice President and General Manager, a position he held until his death on January 9, 1909.

In July 1903, V. Guerra, Diaz & Co. opened a branch factory in West Tampa at a cigar factory previously operated by the Leopold Powell & Company. After the Great West Tampa Fire of 1904 destroyed the factory, V. Guerra, Diaz & Co. consolidated all their manufacturing operations to their 1899 factory building. At times, the factory was referred to as La Mega, La Matilde, and El Modelo, some of the company’s best-known cigar brands. After Vincente Guerra’s death, the company was managed by Frank R. Diaz and Joseph Guerra who had been a former manager at Corina.

In December 2000, a small fire broke out in the building but was able to be contained by firefighters before any serious damage was done. On July 5, 2015, firefighters responded to a fire at the old factory shortly after midnight. The firefighters couldn’t enter the building for safety reasons so they fought the fire from the outside, but were able to get the fire under control within two hours. The building collapsed after it suffered heavy fire damage to the second and third floors. At around noon that same day, firefighters were still spraying water on the smoldering remains of the building. With an estimated value of $284,000, the Fire Marshall declared the building a total loss. The V. Guerra, Diaz & Company was a contributing structure of the Palmetto beach Historic District which was added to the National Register of Historic Places on August 14, 2012. The factory was one of four cigar factories built in the area which only two exist today; The Jose Escalante & Company Corina Factory and the Salvador Rodriguez Cigar Factory. La Noticia Cigar Company factory was located at 404 28th Street which was demolished to make way for the Selmon Expressway.