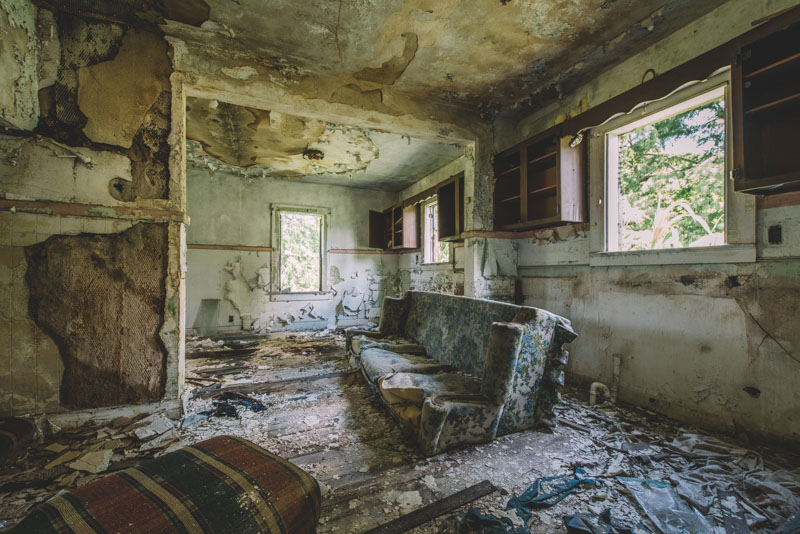 Located along the main highway into Pahokee, this home in Pahokee was built by Velpeau Curtis Denton and his wife, Hulett G Denton around the late-1930s. Completed in five years, the home was built unit-by-unit according to plans worked out in Mrs. Denton’s home demonstration club.

The Denton family was active in the community being active members of the church and local Rotary Club, and Velpeau was also chairman of the local scout troop who his son was a part of. His son, Velpeau C. Denton Jr. would later become a Second Lieutenant in the United States Army Air Corps and would make national news in 1948 for making a successful emergency landing of a C-47 while on a supply run to Berlin.

Velpeau was put in charge of relief work in the town of Pahokee following the 1928 Okeechobee Hurricane. According to a statement made by Denton, of the 700 inhabitants of the town, all but 156 of them were reported missing following the storm. Those that were able to work were sent out to locate bodies and pile them up in a field where they were burned to prevent any diseases from spreading. The cremated remains were buried in a mass grave in the Port Mayaca Cemetery where an estimated 1,600 people are buried.

Both Velpeau and Hulett are buried at the Pahokee City Cemetery. The City of Pahokee has owned the property since 2011 and haven’t done anything with the house other than leaving it to fall apart. As of 2019, the house was condemned by the city and had posted notices on the building warning any would-be trespassers about its status.