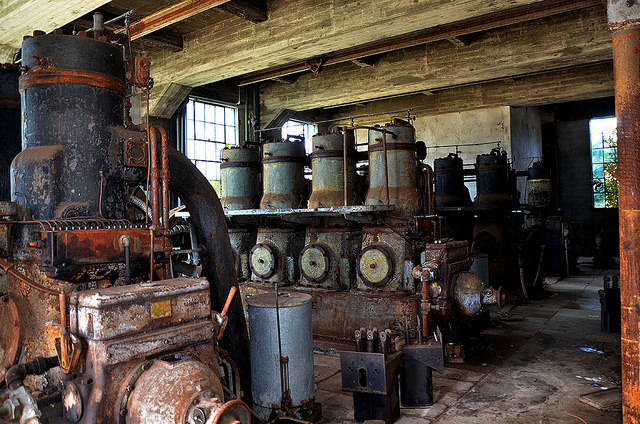 Native to China, where tung oil has been produced for centuries, tung trees were introduced to the South in the early 1900s and soon became a viable cash crop for Gulf Coast farmers. Indeed, the oil’s importance was such at one time that it was declared a strategic defense item prior to WWII.

During the 1940s and 50s, Capps was the headquarters of an agribusiness known as Tungston Plantation, owned by Everett P. Larsh, an industrialist from Dayton, Ohio, and managed by L. H. Crampton. Tungston plantation comprised a total of approximately 16,000 acres, of which about 8,000 acres was planted in tung trees. Each year, the tung nut was harvested and brought to the mill at Capps, and its contents processed into tung oil for use in paints, varnishes and other products. During those years, Tungston Plantation constituted the largest tung operation in the U.S. under single ownership.

Domestic production peaked in the late 1950s but thereafter began declining. Foreign competition, cheaper oilseeds like soybean or canola, synthetic oils and shifting parity prices led many growers to seek other crops. Freezes in the 50s and 60s which devastated many commercial orchards throughout the state were also a factor. Hurricanes Betsy and Camille in 1965 and 1969, respectively were the final nails in the coffin for the domestic industry.

Today, all the tung orchards in the area have been abandoned, most of the plantings bulldozed and the land used for other crops, pasture or timber.