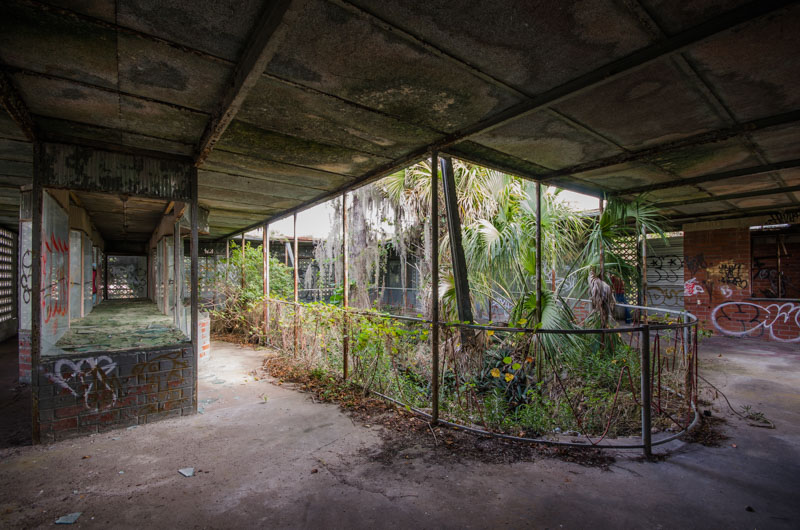 Tom displayed his knees in the Florida pavilion at the 1939-40 New York World’s Fair, and held the only US patent (#2,069,580) on anything manufactured from cypress knees.

As a way to exhibit his favorite knees, Gaskins opened the Cypress Knee Museum in 1951 near Palmdale along U.S. 27, which was then a major tourist route. To advertise it, he built his own signs from dead cypress trees and installed them for miles announcing the approach to the museum. His favorite was one that read “Lady If He Won’t Stop Hit Him On Head With Shoe”.

Set up as an open-air arcade, the museum contained glass display cases which were filled with hundreds of knees. Most were named for the shape they resembled, or at least what Tom thought they looked like. Behind the gift shop stretched a 3/4 mile cypress knee catwalk. Hand-built by Tom himself, the catwalk was nothing more than a series of 2x4s cobbled together and held up high in the air by cypress poles sunk into the swamp. It ran past Tom’s experiments in “controlled knee growth,” which began in 1938. Tom attempted to alter the shape of selected knees by carving designs into them, shoving bottles into them, and flattening them with heavy weights.

The Museum was featured on Carson, Leno, and Sally Jessie Rafael, though the Gaskins’ turned down an offer to appear on Letterman because they thought he was too mean.

As the Highway Beautification Act was put into place, it forced the removal of all of his homemade cypress billboards throughout Florida’s highways. Luckily though, other laws were put into place prohibiting the cutting of cypress trees, so Tom’s collection of knees could never be duplicated. 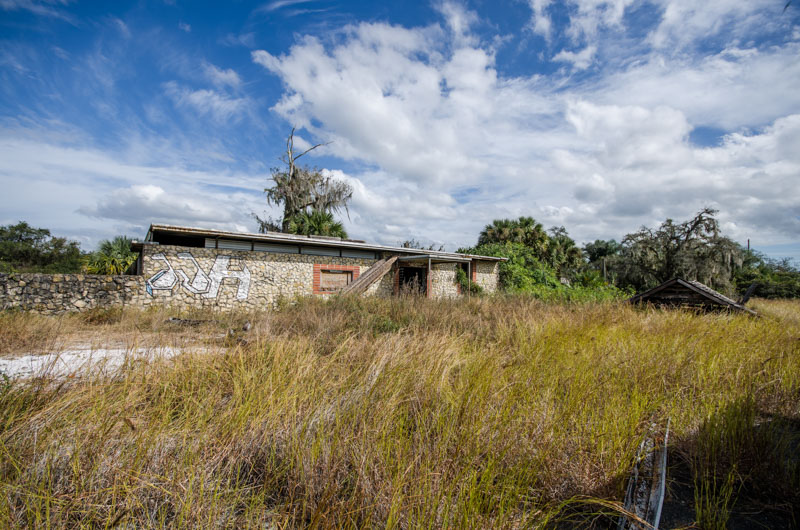 In 1993, his son Tom Gaskins Jr. took over the day-to-day operations of the museum and business as Tom Sr. had developed Alzheimer’s disease.

Tom Gaskins Sr. died in 1998, and the agreement he had with Lykes Bros. died with him. Lykes Bros. reacquired the land where the Gaskins family home and museum sat on for years and sold it to the state as part of the Preservation 2000 program. Tom Gaskins Jr. and family are told to leave the land and relocated their home to nearby Venus.

The museum building sat empty and is repeatedly vandalized. Tom Gaskins Jr. removed some of the knees from the museum while others were stolen.

At one point, the state considered tearing down the building, but Muse resident and Fisheating Creek Settlement Advisory Board member Harris Friedman began efforts trying to save it. Friedman and his nonprofit Floraglades Foundation propose a lease agreement and management plan for the building that might include creating a museum on the culture and ecology of the Fisheating Creek area. That never happened, but the building hasn’t been demolished either.