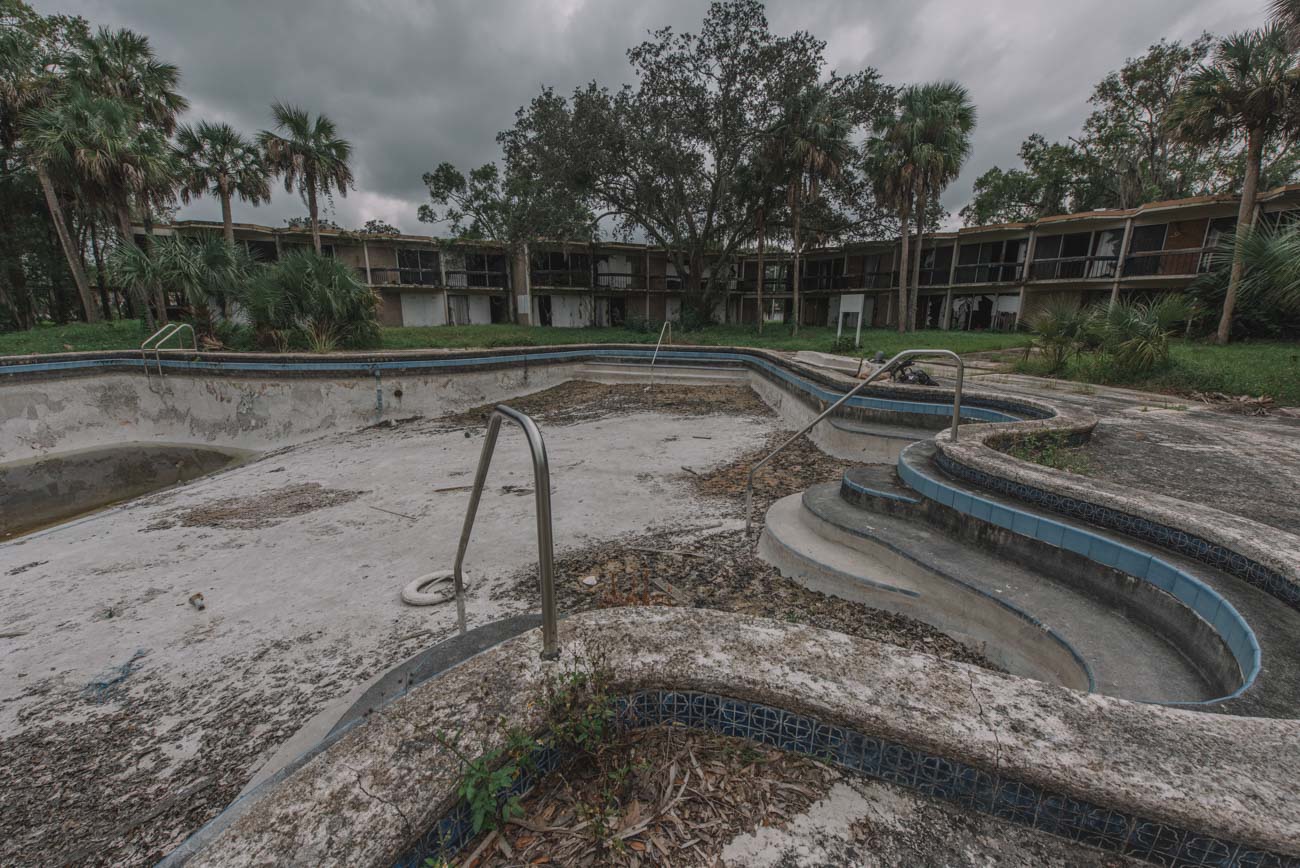 History of the Thunderbird Motor Hotel

The Thunderbird Motor Hotel opened in 1959 in Arlington, once a growing residential and commercial suburb for the downtown business executives of Jacksonville. It wasn’t until 1969 when a major renovation of property transformed the Thunderbird into an extravagant Polynesian and American Indian-themed hotel that became host to countless stars such as The Rolling Stones, Fats Domino, Ann Sothern, and the Sammy Spear Orchestra of The Jackie Gleason Show.

The back of a postcard for the Thunderbird from the early-1970s reads, “300 Luxurious rooms, Gourmet Dining Room, 2 Lounges with Live Entertainment, Complete Convention Facilities, Only minutes from Downtown and the Gator Bowl. Location is close to everything and offers the ultimate in service.” The hotel featured conference space, two swimming pools along with poolside Tiki bars, the Zodiac Room, the Kettle Pub, and the King’s Inn Lounge.

According to author Tim Gilmore, the Thunderbird also featured an 80-seat cocktail lounge centered on a bar called “The Wonderfall.” Architect William K. Jackson of Jacksonville’s KBJ Architects called it “a circular lounge with seated areas arranged around a circular bar.” Halos of beaded strings descended from three circles in a domed ceiling into a larger circle ringed with gin and bourbon and scotch. Tim Gilmore describes it as “a flying saucer ascending from tractor beams.”

From the 1970s to the late-2010s, the property would change hands multiple times. The Thunderbird was sold in 1973 to Red Carpet Inn with plans on building a 15-story addition located just behind the iconic Thunderbird sign. The addition was never built and within two years, three banks sued for foreclosure.

In 1978, a group of investors bought the hotel with plans to construct a 13-story hotel tower which also was not built. By 1984, Thunderbird Resort Hotel filed for bankruptcy and would reopen in July 1986 as a Quality Inn. The hotel along with the rest of the neighborhood continued to decline into the 1990s as business shifted towards Southside. Shortly after its operation as a Quality Inn, the hotel became a Ramada Inn before its closure in 2002.

In 2003, Bethelite Inc., a group affiliated with Bethel Baptist Institutional Church, bought the Thunderbird with plans to provide a “wholesome venue for conventions, retreats, proms, weddings and family reunions“. The plan never came to fruition and in 2006, the group sold the property to the church for $5.1 million.

The property was sold in 2014 to a Miami-based South American development company for $1.25 million and then sold again less than a month later to Arlington Expressway Corporate Buildings LLC for nearly $1.3 million. The property changed hands once again in May 2017 when it was sold to Otello LLC for $2.3 million. Again, less than a month later, it would sell again to 770 Inn and Suites LLC for $3 million.

The newest owners made plans to renovate the site to include a hotel, conference center, apartments, and retail space. The property fell into further disrepair, now surrounded by a chainlink fence dotted with “No Trespassing” signs and a haven for the homeless. In November 2019, a large fire destroyed a portion of the hotel complex. In May 2022, it was reported that the current owner had applied for demolition permits with plans to develop the property.