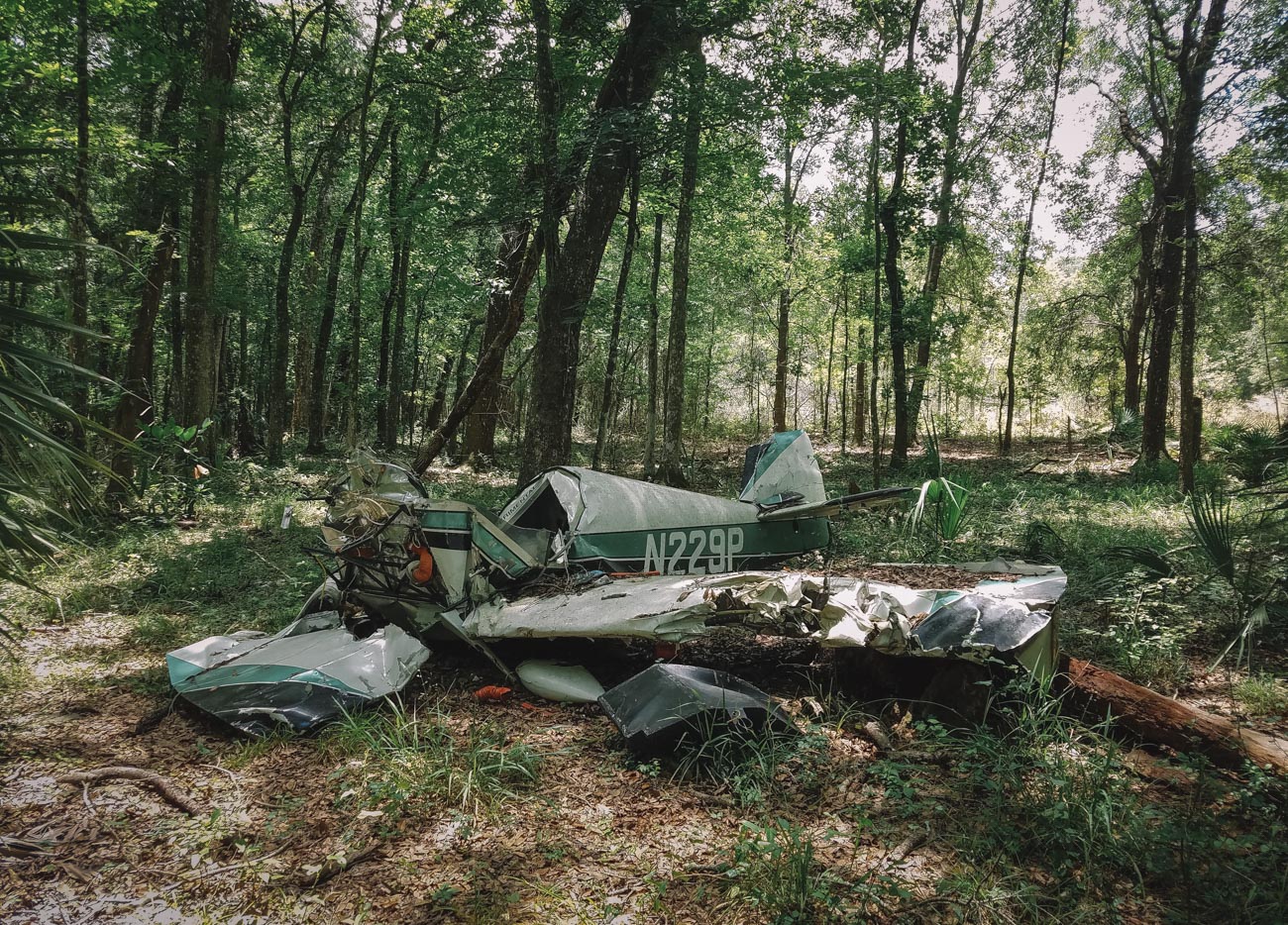 On April 5, 2014, 74-year-old Theodore T. Weiss departed the Marion County Airport on his way to Zephyrhills which was routine for him. Weiss never made it to his destination. When he didn’t return home, friends reported him missing after they found his car still parked at the Zephyrhills airport and his airplane hangar empty. Weiss was an experienced pilot who frequently flew to New York, where he lived part of the year. His plane was a small, single-engine Sonex two-seater aircraft which was described as a popular “kit” plane that was built by hand in the early 2000s by Dave Fortuna, a pastor in Louisiana. According to Major Joseph Tomasone of the Florida Wing Civil Air Patrol, Weiss had been in Marion County for the second annual Spring Sonex Fest.

Between 120 and 135 people took part in the search for Weiss and his plane, including law enforcement personnel from Citrus, Hernando, Lake, Sumter, Levy, and Marion counties; the Florida Fish and Wildlife Conservation Commission and the Florida Forest Service also took part in the search. Search parties had a difficult time locating Weiss as his last coordinates were somewhere over the dense Withlacoochee State Forest. There was also no emergency locator transmitter signal as it would later be found that the switch had not been activated. After searching for nearly 20 square miles, the ground search was suspended. Six months later on October 19, 2014, the crash site was found by a hiker walking the trails near Pruitt Trailhead, just 2 miles from where Weiss initially took off. According to initial reports, Weiss’ skeletal remains were found among the wreckage still strapped in the seat of the aircraft.

After two years and what was described as an extensive and labor-intensive investigation, the National Transportation Safety Board issued a report stating they could not pinpoint the cause of the plane crash. The report found that the No. 3 cylinder had low compression, which they believed likely “existed when the flight departed.” Though there was a hole in a fuel supply line next to an engine control cable, the report noted that “extensive corrosion precluded a determination of whether the hole was pre-existing or occurred post-impact.” Officials said since the fuel shutoff was off, “it is likely that the pilot was preparing for a forced landing and unlatched the canopy at that time rather than it inadvertently becoming unlatched in flight. Based on the available evidence, the reason for the forced landing could not be determined.” The plane wreckage remains out in the woods to this day.