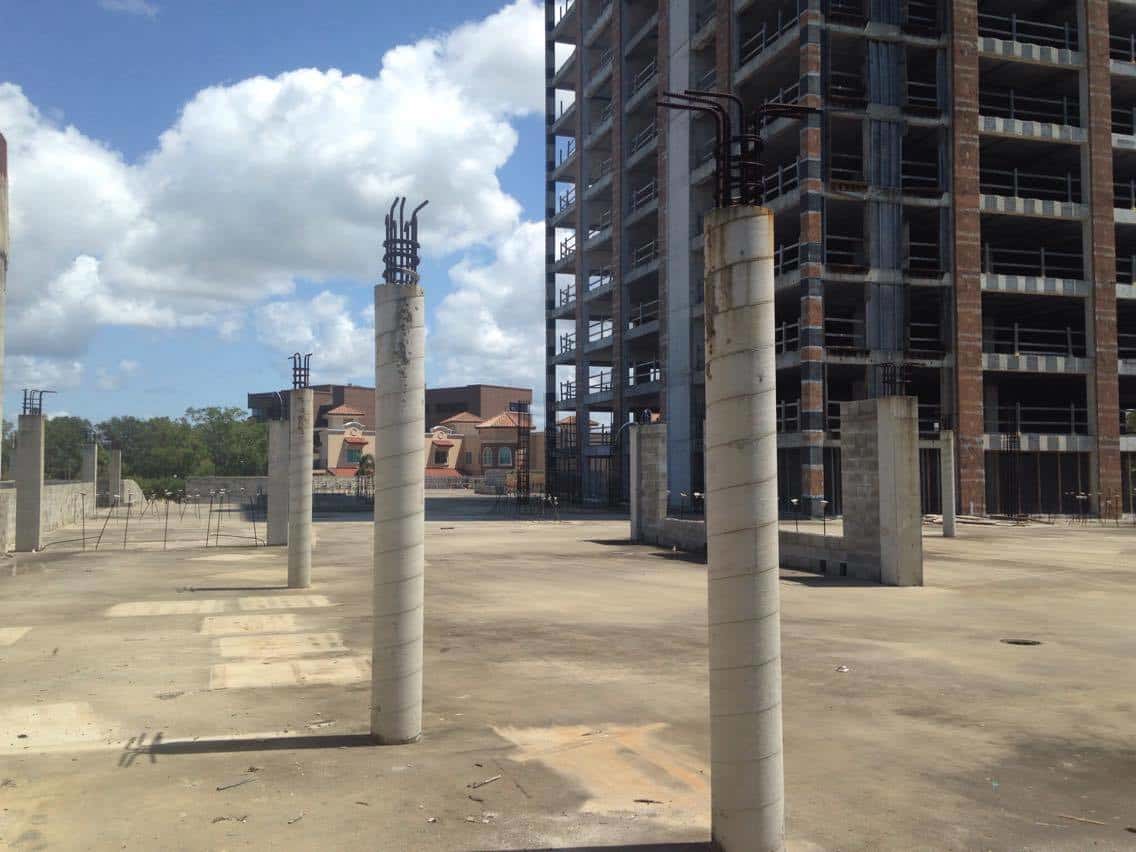 The Strand at Clearwater

Completed in 1972, this 16-story former office building was first known as the 1100 Building located just on the outskirts of downtown Clearwater.

Espacio USA, an arm of the wealthy Spanish real estate firm Immobiliaria Espacio, bought the Strand in 2004 with plans to convert the building into luxury apartments. A marketing campaign of billboards and web ads promised saunas, a yoga room, an art gallery, a two-story parking garage and 27 unique condominium floor plans. Conversion began in 2007 as the building was gutted and stripped down to its foundation, but construction stopped in 2008 with developers blaming the failing economy at the time for the stoppage.

It became a hotspot for vandals and the homeless, and the city began fining the owners $250 a day for code violations starting in April 2013. In 2015, city officials declared the structure unsafe and issued a demolition permit, but Espacio responded by filing a federal lawsuit against the city of Clearwater.

The property was put up for sale in mid-2016 and by the end of the year, it was purchased by Chicago-based developer Glenstar Properties. The new owners planned to redevelop the building into apartments with ground-floor retail space. The project was planned to be completed with 18 months, but as of September 2017 nothing has changed.