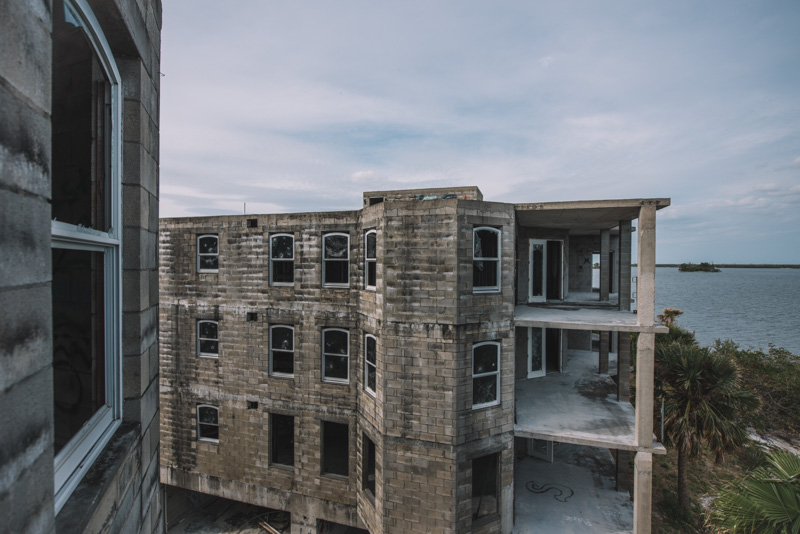 Located in Wabasso, the current condominium project known as ‘The River Preserve’ wasn’t the first plan for the 31-acre site situated on the shores of the Indian River. Back in 2001, the site was rezoned by the Indian River County Commission to allow six condominiums per acre, and approved a plan for a subdivision called “Island View”. This new subdivision was planned to have 23 homes and 78 condominiums, but site plans expired before any construction actually began.

The current developer, Indian River Preserve LLC based out of Short Hills, New Jersey, got approval for the same 23 homes and 78 condominiums in 2003. There were to be nine condominium buildings along with a clubhouse, swimming pool, and tennis courts.

Construction of the buildings began in 2006 after obtaining permits from St. Johns River Water Management District to excavate three acres of the 12-acre wetlands on the site. In exchange, the developer agreed to offset that destruction by restoring 12 acres of the nearby Lost Tree island to native vegetation.

Unfortunately, due to the housing market crash, the project was never completed. Out of the nine planned condominium buildings, only three of them went up and the foundations of two others were built. A northbound turning lane into the development from U.S. 1 was constructed by the Florida Department of Transportation during a road-widening project. Internal roads, utilities, and water-retention ponds were also built.

In 2013, the plan was altered which replaced the 23 single-family homes with 96 apartments instead. While the plan was approved by the county, it never moved forward.

After years of sitting abandoned, the property is frequented by vandals, vagrants, addicts, and kids simply looking for something to do. The property is under surveillance by local police and trespassers are subject to being fined and/or arrested.