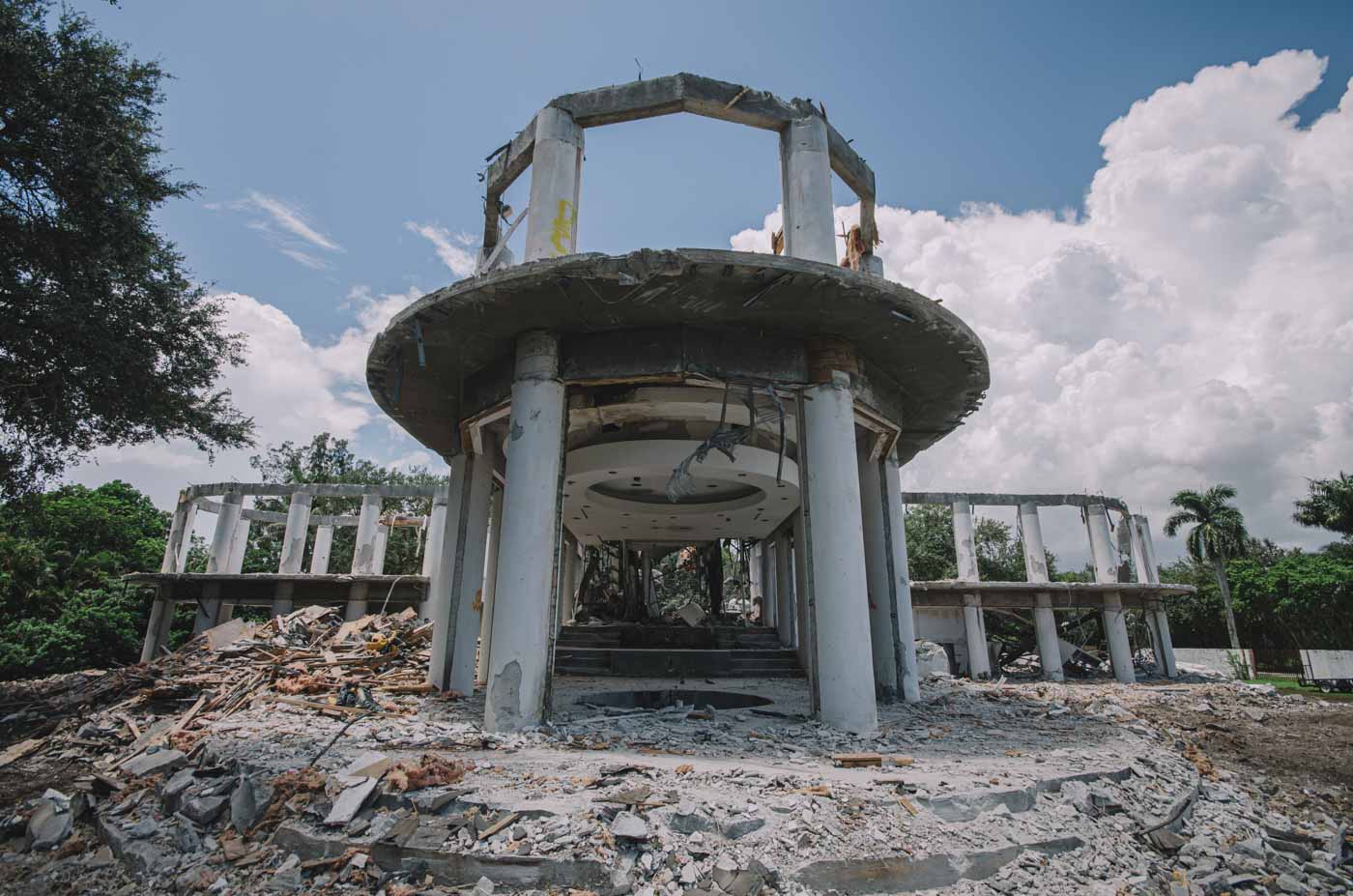 Located in Davie, many locals knew this abandoned house as the ‘Mafia Mansion’, nicknamed for the urban legends that surrounded it with wilder claims that it was haunted. According to some individuals, the property was purchased by Colombian drug lord Pablo Escobar in 1980 for $762,000. It was seized, among other Florida property owned by the Medellin cartel, in 1987 by US federal agents.

It’s true that Pablo Escobar owned many properties in Florida and was seized in 1987 by US Marshals, which included a bayfront mansion in a Miami Beach neighborhood: a 45-unit apartment complex on a Biscayne Bay island in Miami; a three-bedroom Bal Harbour condominium; and a ranch near Ocala, many of which were purchased under his name. The Davie property is never mentioned nor are there any records showing a connection to Pablo Escobar. My guess is it was confused with the ranch which was seized in central Florida.

Another story surrounding the house is that the owner wasn’t involved in the mafia, but dealt with arms dealing and drug trafficking. He spent almost 15 long years in prison but was released in 2005. That very same year, his daughter bought up the land and began restoring the property. In 2006, she was never seen again. This one has some truth to it.

According to public records, the property was purchased by Jose Fernando Puello-Montoya in March 2002 for $2.5 million dollars. In February 2003, the government filed a civil complaint seeking to seize the property on the grounds that the owner, Jose Puello, bought the property with the proceeds of drug trafficking. Jose Puello died later that year in December and his estate was transferred to his wife, Paola Jabba. Due to his passing, a deal was agreed upon to sell the property to a construction group. After years of court issues and false statements, GAD Florida Enterprise LLC acquired the property in 2007 instead.

The Davie Ranch moved onto the property around 2010, an equestrian facility that provides riding lessons, camps, boarding, and birthday parties. The mansion was demolished in August 2014.