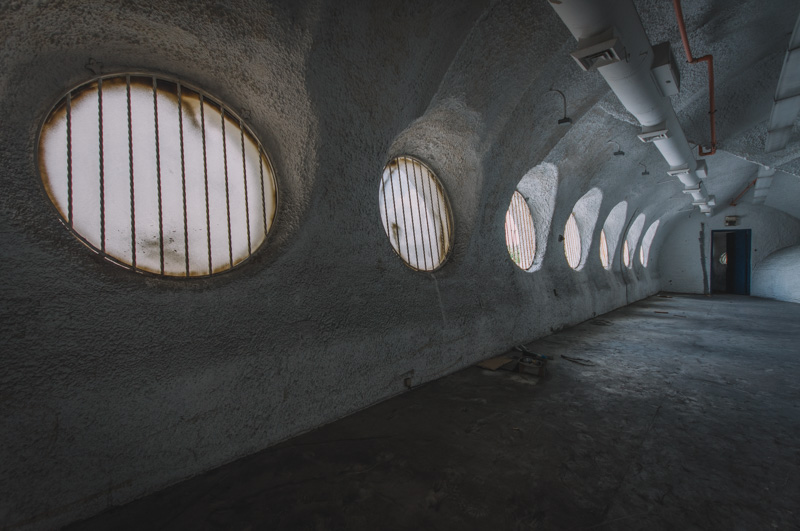 The Amertec Building was an office and local landmark in Hialeah. In 1967, architect Chayo Frank was tasked with designing an office building for his father’s architectural woodworking and store fixture manufacturing business, Amertec-Granada Inc. With the use of sprayed concrete construction, he was able to have his design plan realized which involved a combination of free-form aesthetics; parts of the building were completely free-form such as the water flumes on the exterior while curved rebars were used to form the large geometric shapes.

Chayo Frank had a love for nature and while the building was being painted, he began developing an idea. He wanted his design to transcend architecture as a building and become what he called, an “organic entity” which involved a combination of all aspects of design to resemble an object of nature. To achieve this, he used metallic paints that enabled sunlight to reflect off the textures on the exterior of the building, giving it a more life-like quality to it.

His father’s business operated until it was sold in 2002. In later years, the building was painted white and used as storage for a produce company. It was repainted again shortly before its demolition in colors that some have pointed out to me to be the colors of the Miami Dolphins. The building was demolished in February 2017 to be replaced with a medical clinic. You can read about the Amertec Building and many other abandoned places in my book, Lost Miami: Stories and Secrets Behind Magic City Ruins.