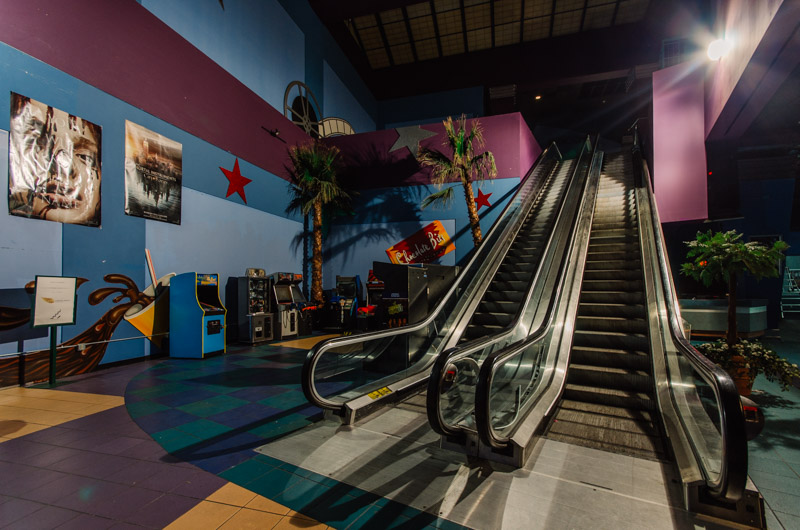 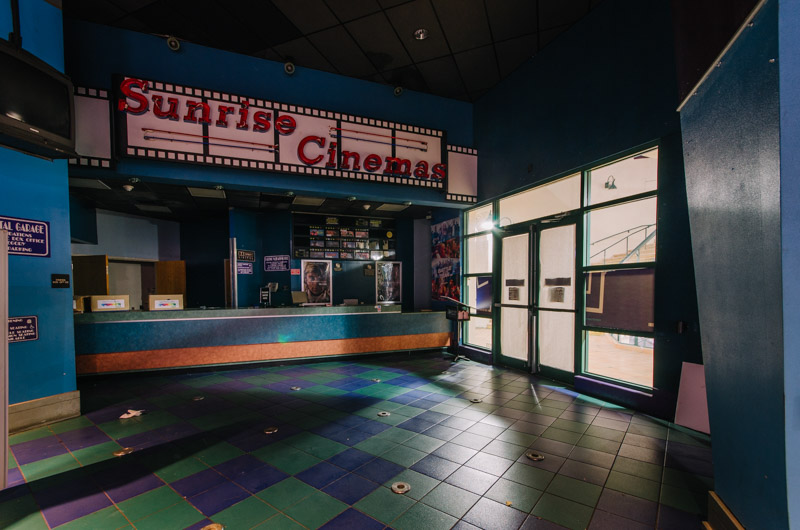 The Las Olas Riverfront was located in downtown Fort Lauderdale at the end of Las Olas Blvd and featured restaurants, shops, bars, nightlife venues, and a movie theater. The Regal Cinemas 23 opened on June 18, 1998.

The complex was planned to be a smaller version of Miami’s Bayside Marketplace, but the lack of parking space and its need for a residential population hindered it from growing. Storefronts began closing down and by 2006, much of the complex was empty with the new owner already talking about tearing the whole thing down.

By 2010, the theater was one of just a few places still open there. Frank Theatres bought the theater around that time and renamed it Las Olas Riverfront Cinemas, renovating it as well to feature 15 state-of-the-art stadium style seating auditoriums, and played not only the latest blockbuster film releases, but also foreign, art, and independent films. Less than a year later though, four screens were closed. In 2013, the Los Olas Cinemas closed down entirely.

According to some Google reviews, the theater wasn’t all too great under the new ownership:

davidson delice(4 years ago) 2 ★★ – I went there on a Friday night. Went to the lobby to get food an they had no nachos or hot dogs only jus popcorn. Restrooms not clean. A waste of $24. They need to do better……

A Google User(6 years ago) 1 ★ – Sad. From out of town. Deceptive exterior. Mood exhausting interior. This theater can’t stay open much longer like this.

A Google User(8 years ago) 1 ★ – We just went to this movie theater for the first time. In a word the theater was FILTHY, totally dirty. Service was just plain ok, but it does not matter because of the cleanliness of the facility. If you can drive north to the Muvico at Pompano or Boca.

The complex sat empty until 2017, when the property was bought by a developer for $29 million. Later that same year, it was demolished to make way for two high-rise residential towers, standing at 42 and 38 stories tall. The towers will have over 40,000 square feet of shops and restaurants on the lower levels, and 1,200 one and two bedroom apartments. The first phase of the project is planned to be completed by 2021.