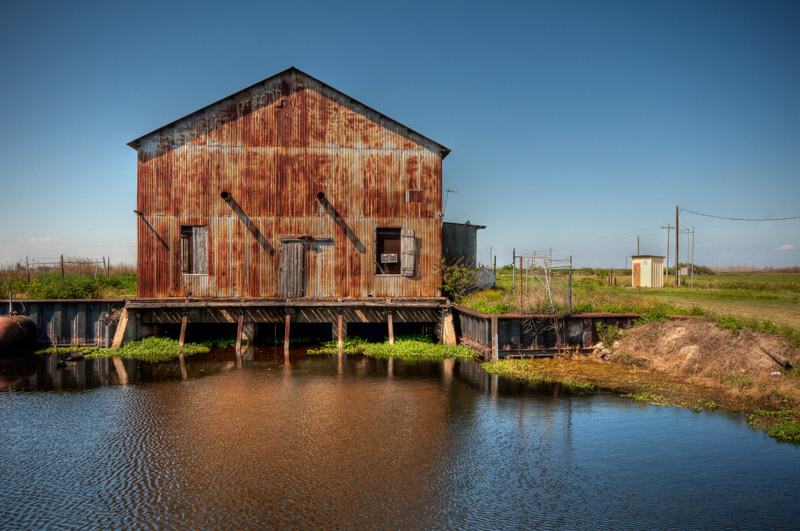 Up until the early 1930s, South Florida was mostly inhospitable swampland. It wasn’t until after the 1928 Okeechobee Hurricane that the U.S. Army Corps of Engineers set out to build a levee around Lake Okeechobee in an effort to control the waters as well as making the land more accessible and usable.

The federal government aided in building the main canal systems in order to drain the land and to control the flow of water, but the individual land owners were responsible for building and maintaining the secondary canals and drainage ditches that made specific tracks of land usable for farming and habitation.

It remained that way until the late 40s, when the state decided that something better was needed and formed the first “Drainage Districts”.

The particular pump house is located in the Sugarland Drainage District. As opposed to other pump houses in the area, this one has been neglected for years. Inside are a pair of old Fairbanks-Morse diesel engines, capable of moving 40,000 gallon of water per minute.

When I visited in 2011, there was a third, smaller pump engine that was working, so the pump house was still being used in some way.